Home Viral News Fashion designer recounts how a gay man harassed him on a bike...

A Nigerian man identified as Alex Oluwatobi has taken his to Twitter account to narrate his encounter with a gay man on a bike in Lagos. 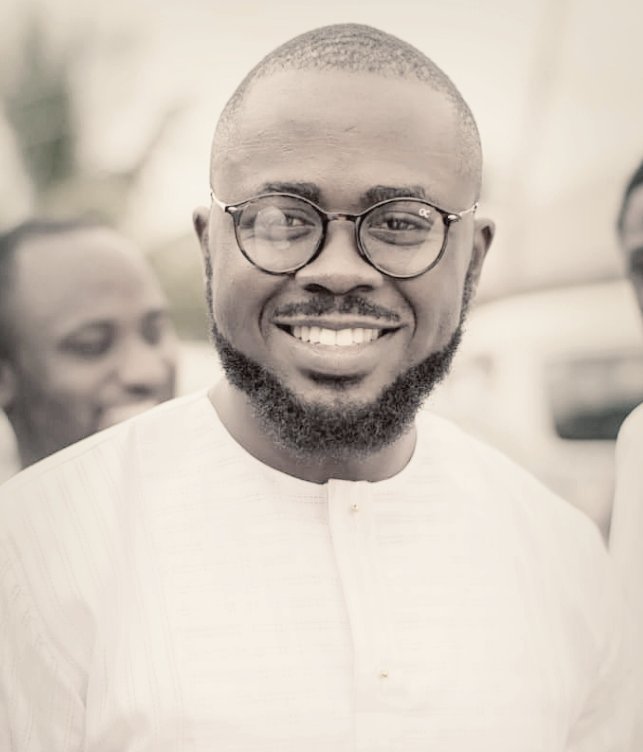 Alex narrated how the gay man complimented him while they rode together on a bike. He also revealed that he felt the gay man’s hard-on on his buttocks.

Read his Full story below:

To avert yesterday’s traffic, I decided to take Okada from Ojuelegba to Ketu. The rider said 2k, but if he is taking 2 people we will pay 1k each.I decided to pair with another person just to cut cost. Biggest mistake I’ll make in 2019.I should’ve just paid the 2k and enjoy the ride without any “hard feelings”. Ohhh Gawd(Tobi, stopeet, don’t cry)The guy that I paired with sat behind me.

While in transit, he started sniffing my neck, in my mind I was like “am I smelling ?”.Next thing he whispered “You smell nice”..

I replied innocently with a smile “ohhh, thank you boss”. I thought he was going to stop there. Next thing, guy said “what would it take him to be my real friend?” With more emphasis on ‘REAL FRIEND’.I was confused like “egbámi, from where to where? abelyfesrbrukni???

I didn’t answer him, brought out my earpiece and started jamming @wizkidayo’s EP.Suddenly, I started feeling something hard rubbing the upper part of my bum bum. In my mind, I was like God I hope this is not what I am thinking. By this time we were approaching Maryland.

I kid you not, this murda fvcking guy was having a hard-on and using it to rub me. (allow me to cry please)Till this moment, I don’t know how to feel, I don’t even know how to react. I feel stained, weak & confused.Told the rider to drop me at Ojota.

The eleribu still had the audacity to ask for my number. I know some people will say I should’ve hit him, kicked him, slapped him or para for him.But I can’t even touch or exchange words with him. I was highly irritated!He told the rider not collect money from me.

I stretched 1k to the rider & told him angrily in Yoruba that “if you don’t want to see 2020 don’t collect this money.” he quickly grabbed it and I left.Didn’t say a word to anyone, i trekked from Ojota to Ketu.I should’ve just book a ride jejely on @OPay_NG. 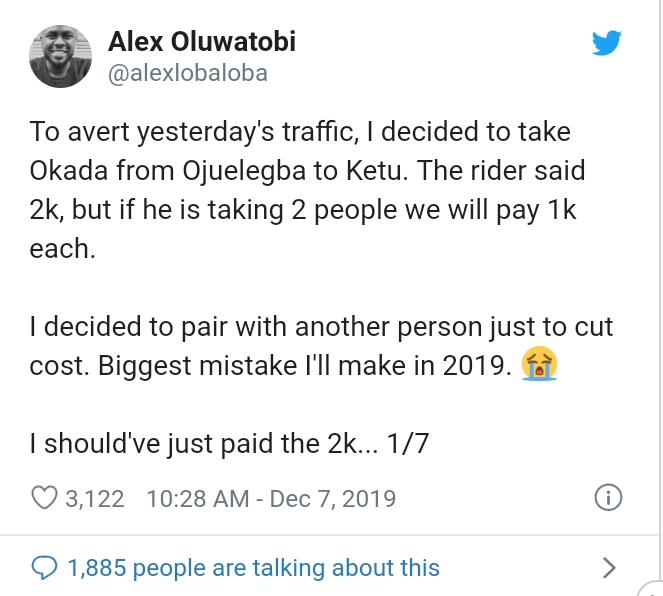