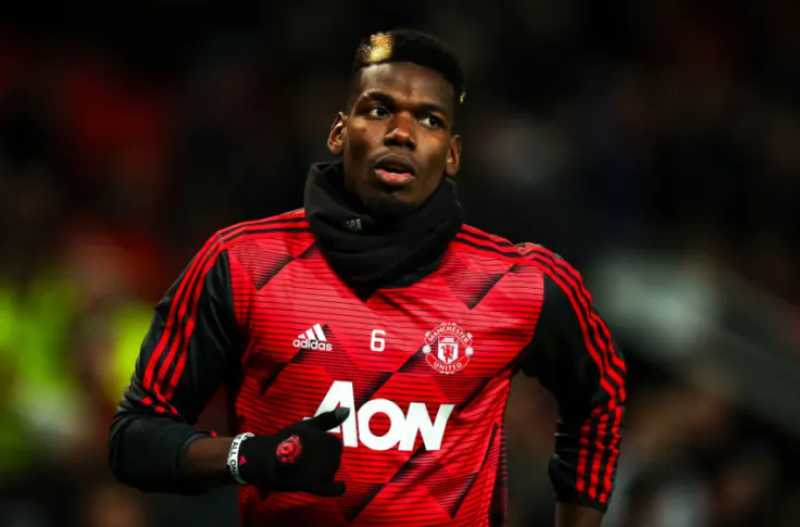 This is coming following the decision of the French president, President Macron on Friday, October 23, stating that the ‘monstrosity of Islamist terrorism‘ must be dealt with strongly.

In reaction to a publication by The Sun, Paul Pogba, in a tweet condemned the unprofessionalism of the press organisation for sharing false news about himself without verification. 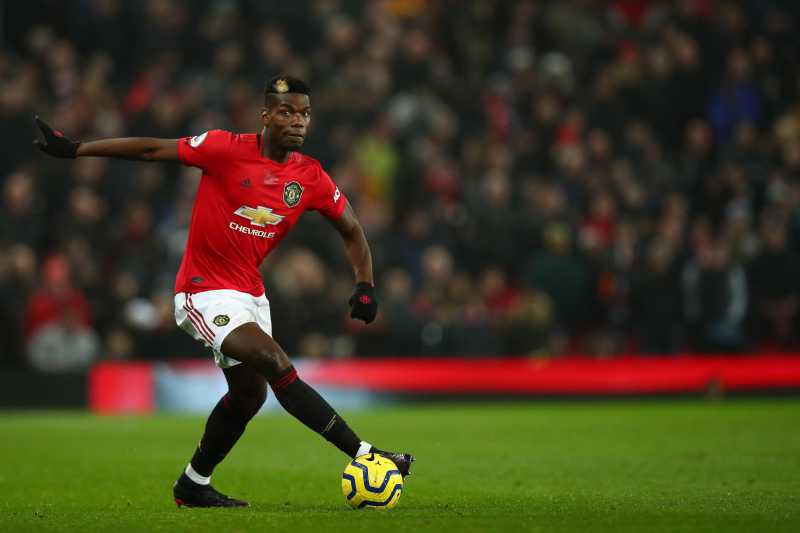 He wrote, ”So The Sun did it again… absolutely 100% unfounded news about me are going around, stating things I have never said or thought. I am appalled, angry, shocked and frustrated some “media” sources use me to make total fake headlines in the sensible subject of French current events and adding the French National Team to the pot.

“I am against any and all forms of terror and violence. Unfortunately, some press people don’t act responsibly when writing the news, abusing their press freedom, not verifying if what they write/reproduce is true, creating a gossip chain without caring it affects people’s lives and my life. 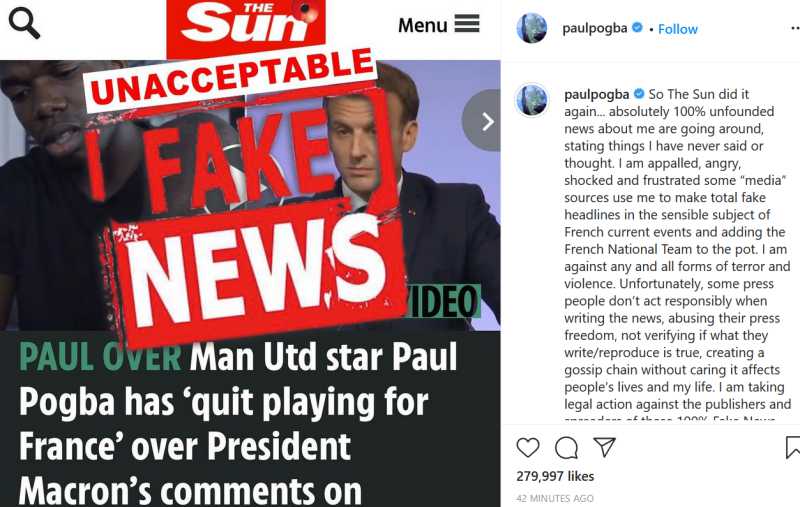 “I am taking legal action against the publishers and spreaders of these 100% Fake News. In a quick shout out to The Sun, who normally could not care less: some of you guys probably went to school and will remember how your teacher said to always check your sources, don’t write without making sure. But hey, seems you did it again and in a very serious topic this time, shame on you!#fakenews #AllezLesBleus.”