The face behind GistLover Blog that has been anonymous for so many years has finally been unmasked and unveiled to Nigerians. 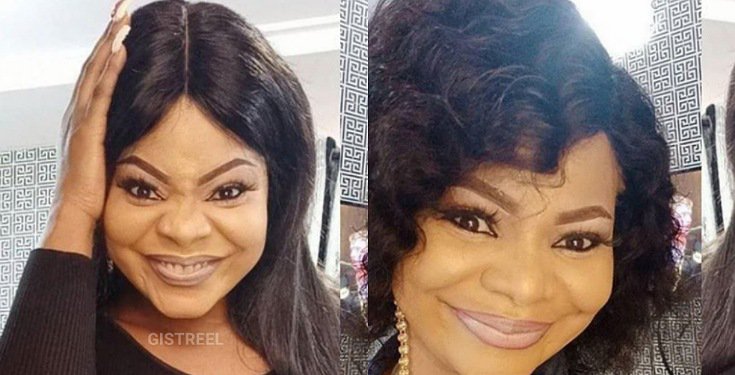 The unmasking was done by Nigerian investigative journalist, Kemi Olunloyo on Saturday June 20.

According to her, one Mary David Onaichemewan is the figure behind the fast rising blog GistLover.

She revealed how the blog has been spreading false rumours and breaking homes.

Kemi also said she was behind the arrest of Omohtee.

“#BREAKING PART ONE: This is Mary David Onaichemewan who runs Gistlover blog and has defamed me and several Nigerians several times. Pls learn about why Defamation is CRIMINAL in the Nigerian Police Code.

“Ibiyeomie arrested me with this law with late Keniebe Okoko and Late Rivers Attorney General Chinwe prosecuted me to the fullest locking me up 3 times with 6 months in prison in a DEAD trial. The case was later withdrawn after @instagram said the newstip was sent to me not written by me and I was released thrusting me into #ptsd and losing my brand #HNNAfrica.

“Onaichemewan runs a separate blog for her adverts and poses as two different people.

*She has attacked everyone from lawmakers to Sapphire Scents to Omohtee who was arrested yesterday for questioning.

“SWIPE ? to see why Dr Anu a plastic surgeon whose practice was shut down got her arrested. Omohtee has been defaming the doctor all over blogs.

“Anu is not the BEST and has questionable medical ethics but such complaints belong to medical boards and consumer complaint agencies. Instead she goes to Gistlover who defamed her.

“Mary needs to be arrested too. This is Defamation at its best. People like Mary are ruining lives. Nigeria has enough problems. Sent to the IGP. EXPOSURE VIDEO NEXT!” 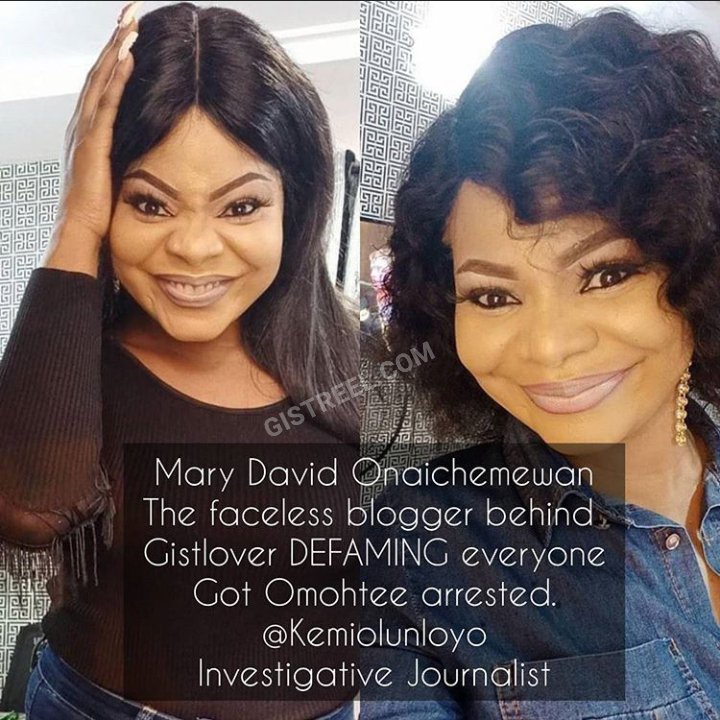 The journalist went ahead to reveal that there is already a police warrant for the arrest of the blog owner. 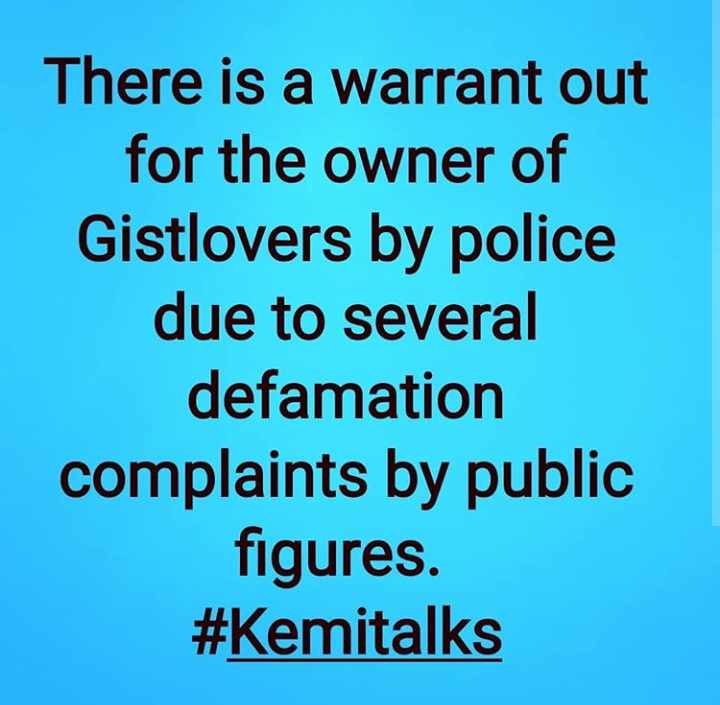 Despite being controversial, Kemi has been known for many applaudable exposés in journalism.

It should be recalled that Kemi Olunloyo broke the news about the arrest of HushPuppi by InterPol. She broke the news in the night and it went viral the next morning.

Following Kemi‘s exposé on the owner of GistLover, celebrity barman Cubana Chief Priest has revealed his decision to get the blog owner arrested over defamation of his character and person. 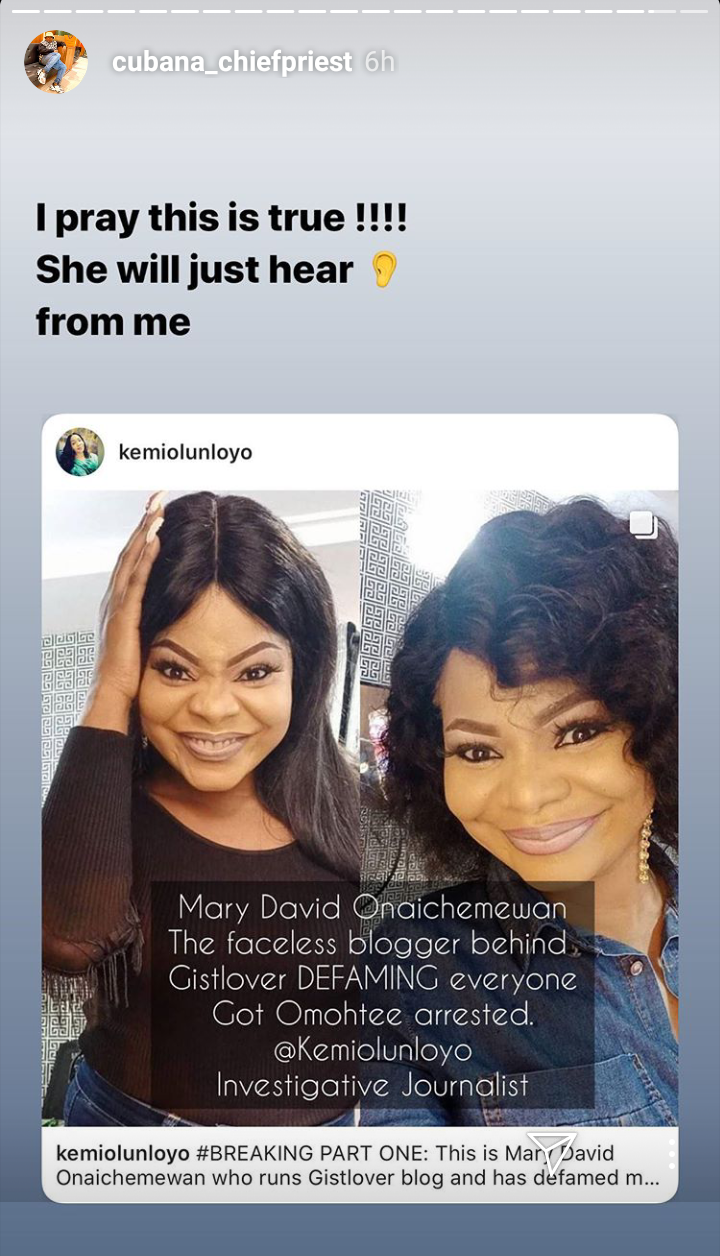 Many Nigerian celebrities who have been defamed have also shown excitement as the face behind GistLover blog is unveiled.