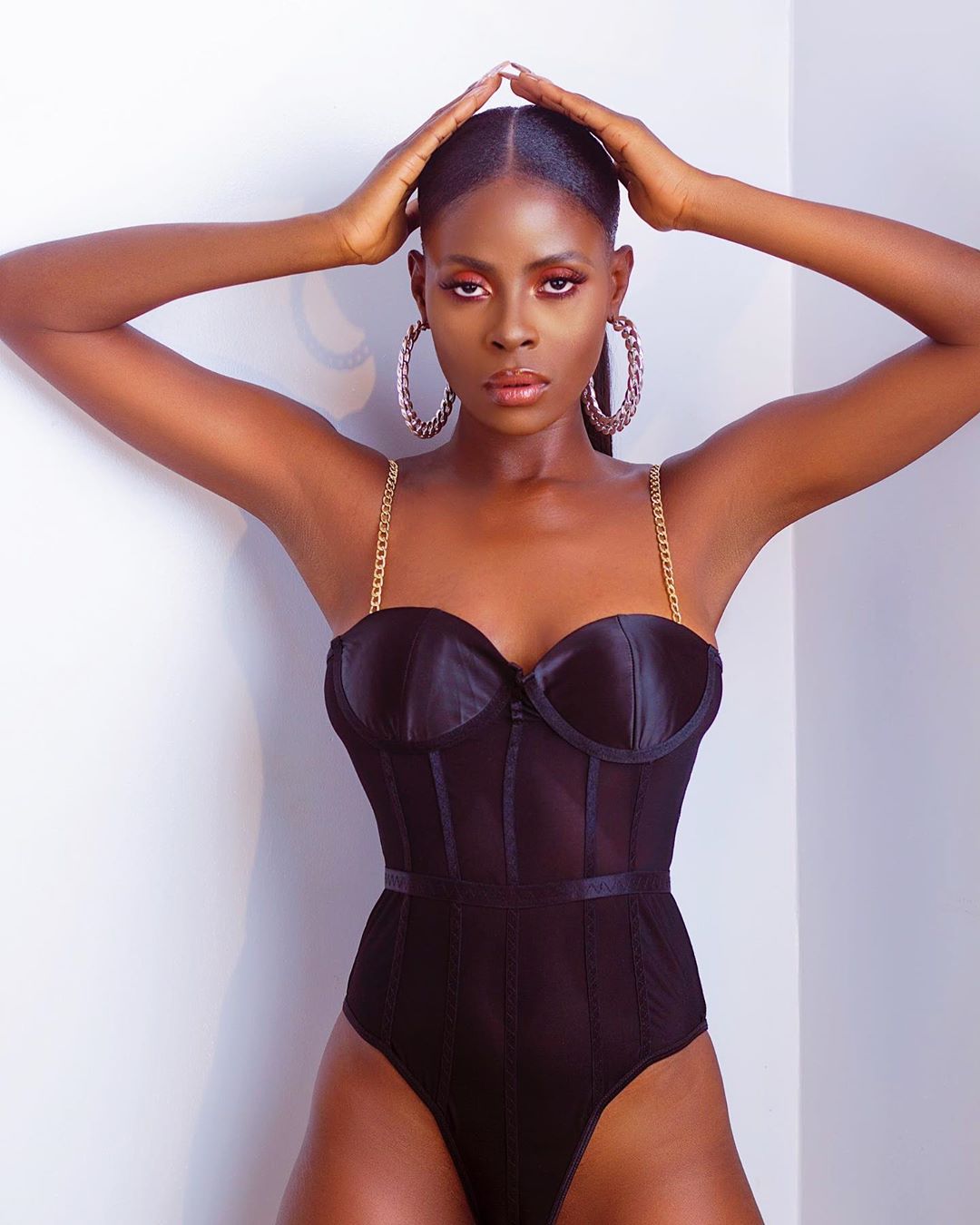 According to the BBNaija reality star, some of them who used to abuse and call her names in the past now follow her on social media. Khloe noted that the lives of every single one of them looks like a mess.

Shortly after Khloe’s post started making rounds on social media, an individual who appeared to have been among the people she shaded spoke out on Twitter.

The individual identified as Adesanmmi noted that Khloe thinks she could talk down at her ex-schoolmates because she has a verified badge on Instagram.

According to him, members of their set still remember certain things about Khloe. He talked about her dirtiness and made a claim about Khloe having intercourse behind the school mosque back in the days. 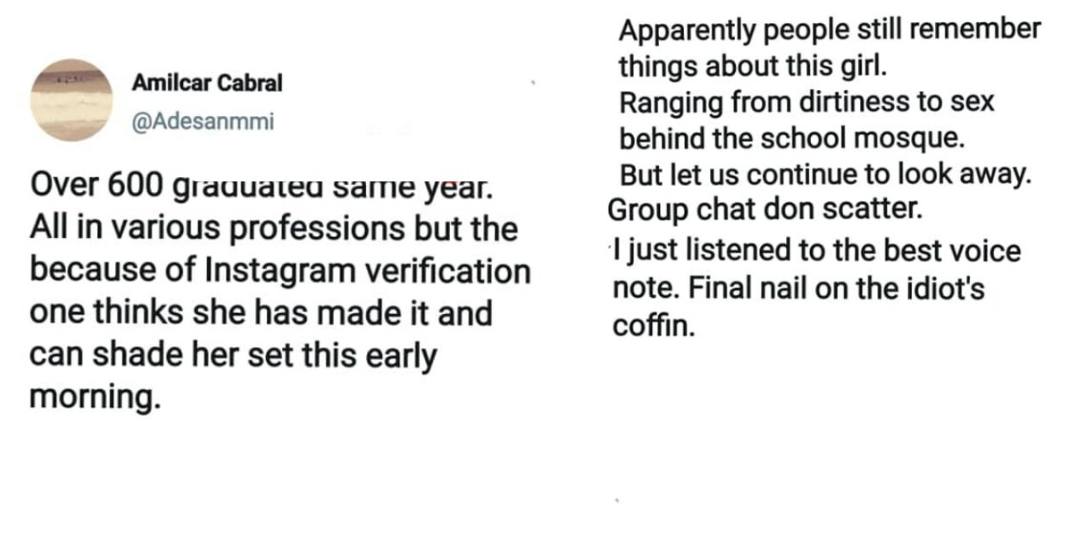