Home Viral News ‘Even if you marry Jesus and you nag, he will dump you’... 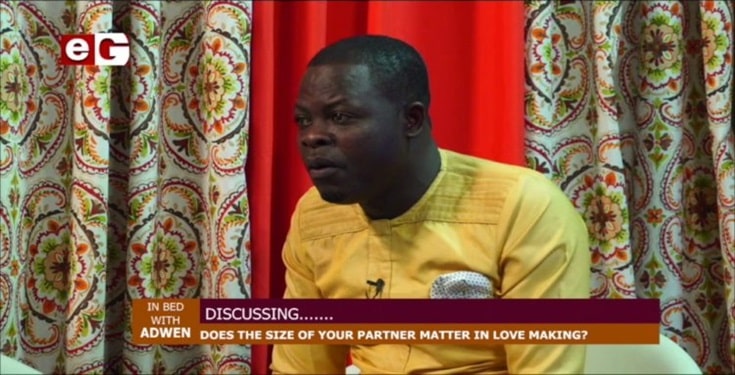 Prophet Livingston Kwame Frimpong of Yahweh Chapel International has illustrated how deadly a nagging wife can be.

Speaking on e.TV Ghana’s ‘In Bed With Adwen’, he said, ‘’Even if you marry Jesus Christ and you nag, He will leave you. There is nothing as frustrating as a poor disrespectful wife.’’

He also asserted that nagging is inherited from mothers.

‘’Some women grew up watching their mothers disrespect their fathers. So they are used to that behaviour. Their mothers insult their brothers and never apologize for such uncouth behaviour so they also carry it into their own matrimonial homes,’’ he observed.

He also claimed that if his colleague pastors are given ‘a guilt-free pass’ to divorce their wives, majority of them will seek for divorce without butting an eyelids.

‘’If pastors in Ghana are given the leeway to divorce their wives, the number of pastors who will rush to the divorce courts, you won’t believe it. Most pastors are stuck in their offices because of nagging wives,’’ the Prophet revealed.

Prophet Livingston Frimpong also advised women to be submissive in their marriages because two captains cannot man a ship.

‘’In marriage, one person has to be a ‘fool’ for the marriage to succeed. Even in church, you cannot have two senior pastors and flourish. It is impossible,’’ he said.

Meanwhile, admitted that there are some men who are never satisfied no matter what their wives do for them.

But he, however, insisted that nagging is not the way for women to register their displeasure.

Quoting from the scriptures, he said “the book of Proverbs 25:24 says that it is better to live alone in the corner of an attic than with a quarrelsome wife in a lovely home.”