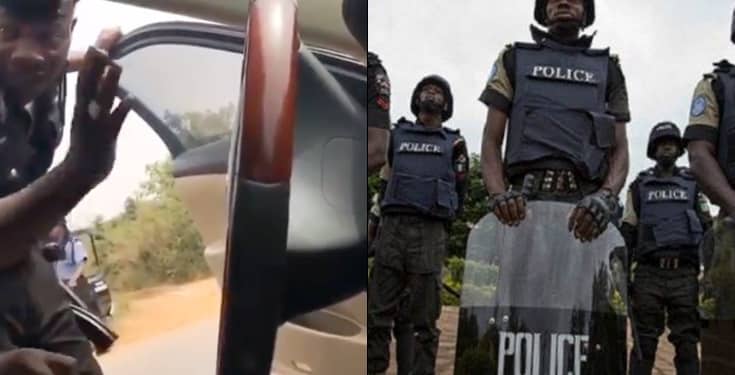 A Nigerian Police officer has been caught on camera boldly saying, “even God supports stealing” in Yoruba language as he extorts money from a motorist.

In a video recently shared on social media, an unidentified Police officer is seen extorting money from motorists as he boldly says that “even God supports stealing” in Yoruba language. In the video, the motorist can be heard complaining that he had given many police officers money on his way, the yet to be identified police officer insisted he must give him four pieces of one thousand Naira notes.

“You have to make it four o. We are four in number. You will have a safe trip,” the policeman said as the motorist offered him pieces of one thousand Naira notes.

This is yet another blow to the Nigerian Police force who citizens are still finding hard to believe are their friends. Watch video below.