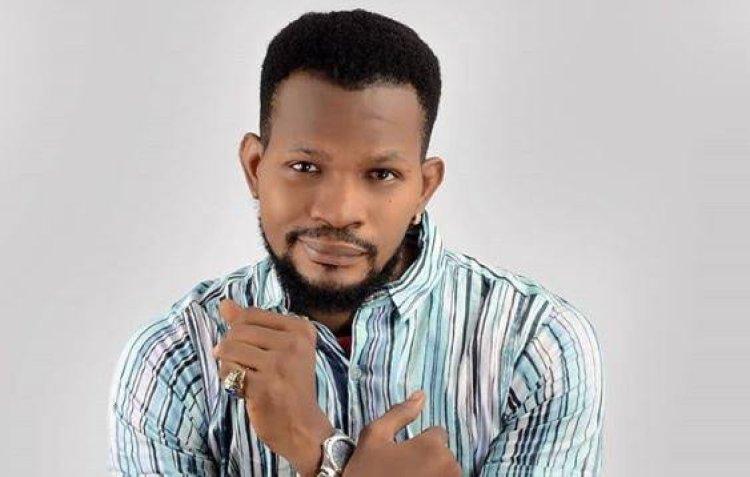 According to the actor, Erica’s influence is the wheel that has been keeping Kidd going in the limelight, and hence, it would be a bad decision to call it a quit with the relationship.

Taking to social media, penned a short piece of advice to Kiddwaya on never leaving the actress.

He wrote, “Kiddwaya, pride goes before a fall spiritually without #erica, you are just a rich mans child, #stargirl gave you the fame you now enjoy because she is the content and you are just the komkom, so empty without #elite support on #instagram and twitter so why not humble your muscular ego? 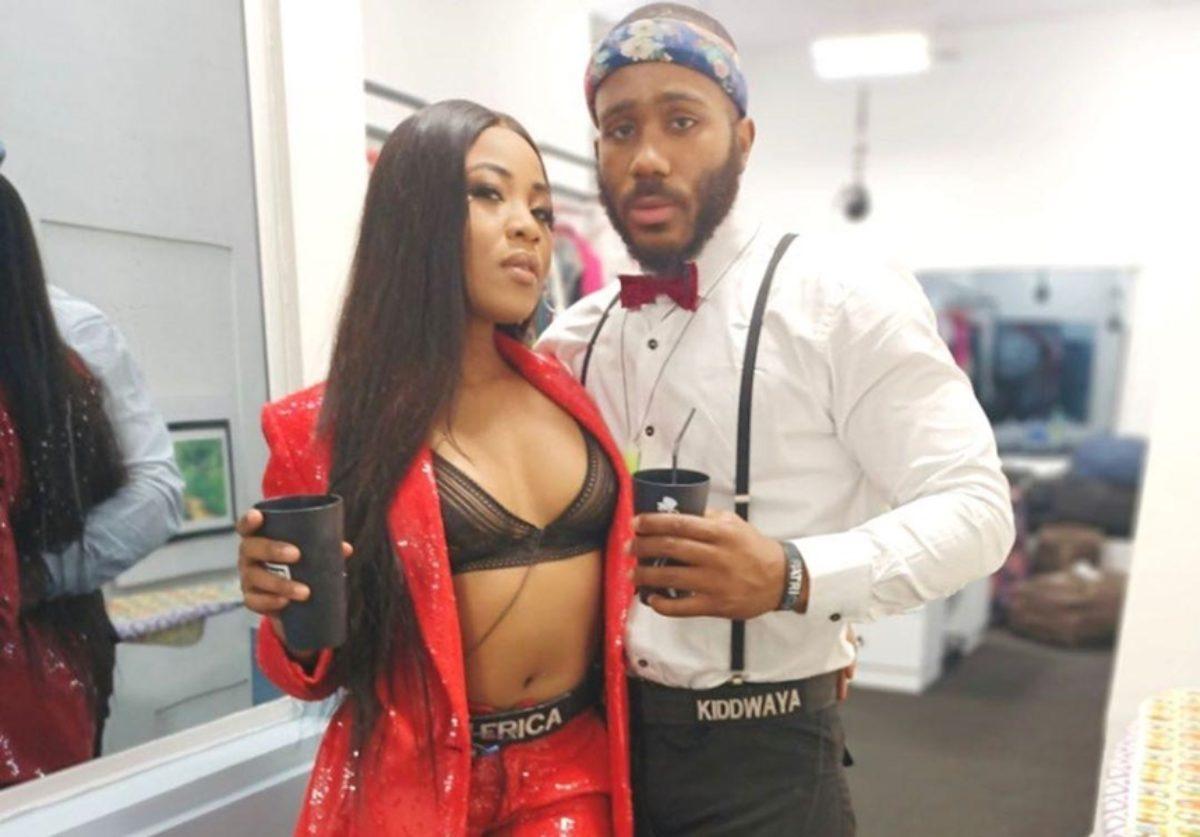 “Erica does not need you, her sacrifice kept you longer in #bbnaija5 or do you think it was your fathers money that did it?🤣If you want to stay relevant hold erica wrapper tightly like mercy chewing gum ex boyfriend did,” Uche Maduagwu added. 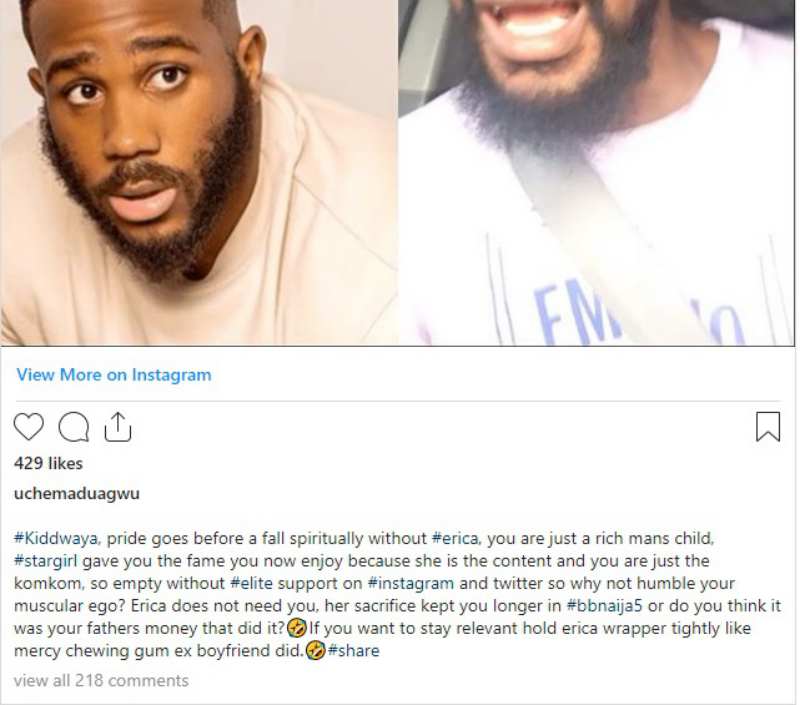