Erica Nlewedim has replied her colleague, Mercy Eke after she showered praises on her and referred to her as the number one.

Earlier today, Erica shared new photos on her Instagram page, saying she is the only lady and the realest nigga in the room. 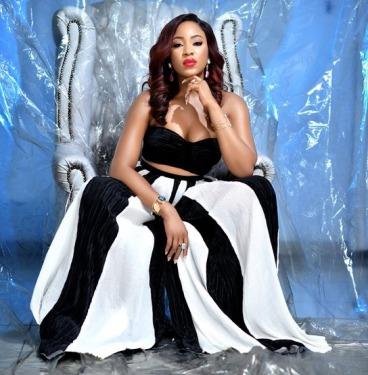 Mercy Eke took to the comment section of her post to shower praises on her, telling her that she breaks the internet.

She also threw shades, insinuating that two people are trying to drag first position, but Erica can never be the number 2.

“You break the internet, top two and you ain’t number 2, Bey shittt”.

Erica in her response said – “Tell them baby” 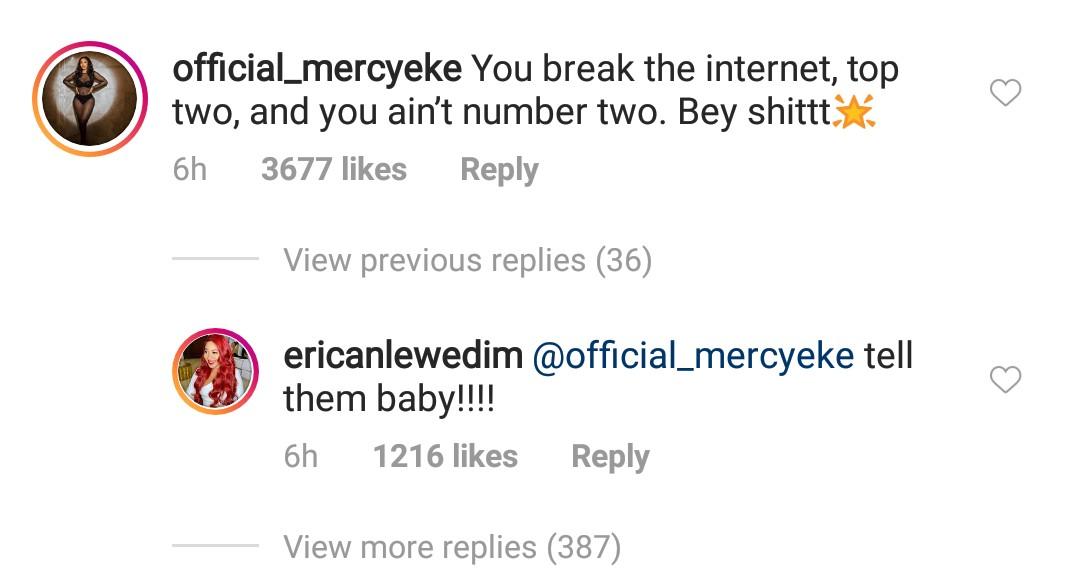 “What did he steal? People’s hearts?” – Mugshot of burglar declared wanted sets women’s...