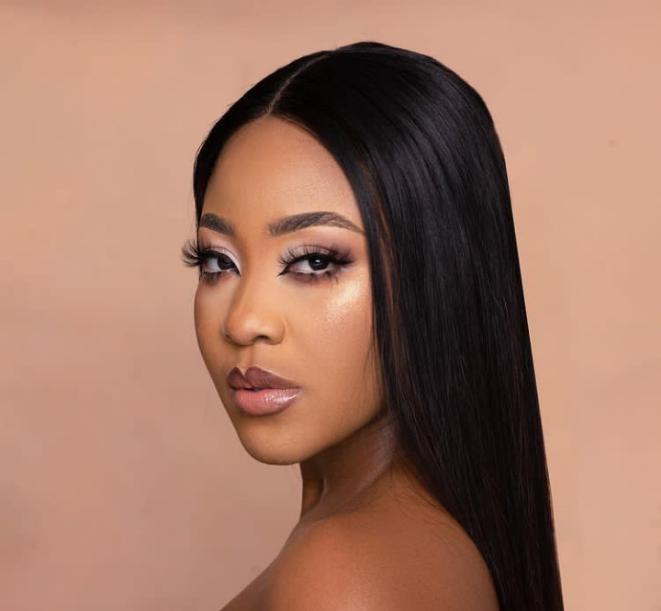 The disqualified BBNaija housemate bagged an endorsement recently with Kuda bank, and her fans have been trolling Biggie on Twitter for disqualifying her during the show.

They commended their fave for soaring higher despite being disqualified, and dragged Biggie to see how well Erica is doing.

“Biggie how far? Can you see how well Erica is doing”

Reacting to this, Erica Nlewedim wrote;

“What is wrong with you guys? See why I prefer Instagram?” 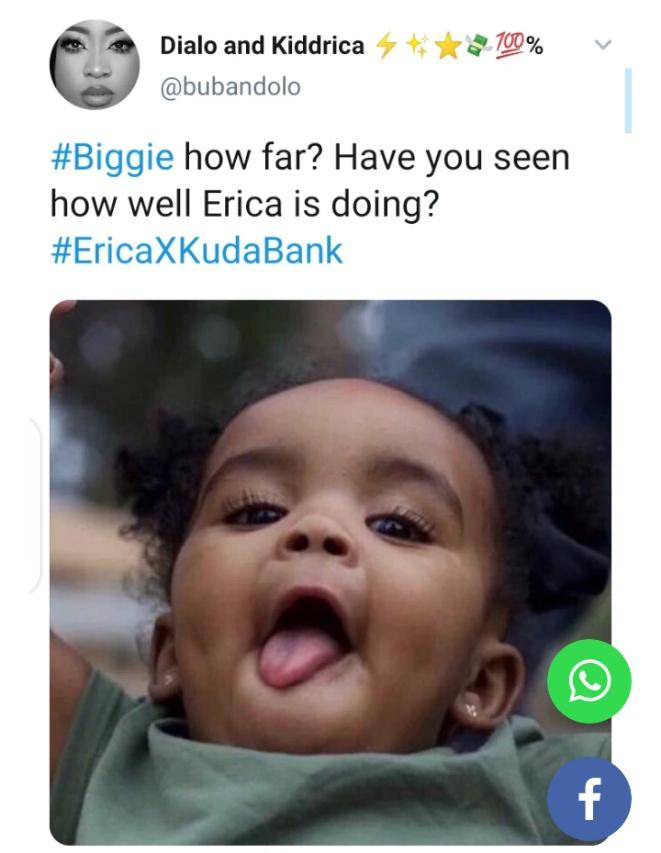 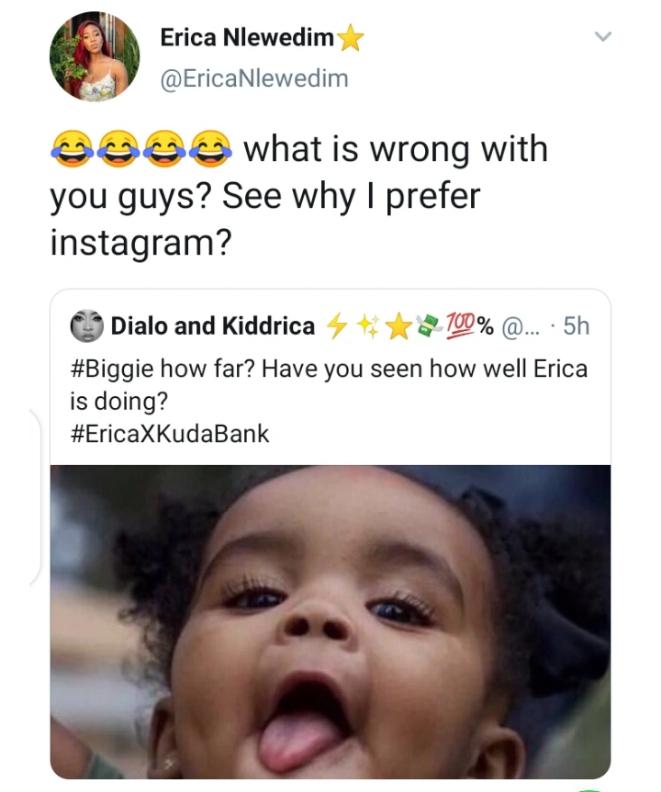 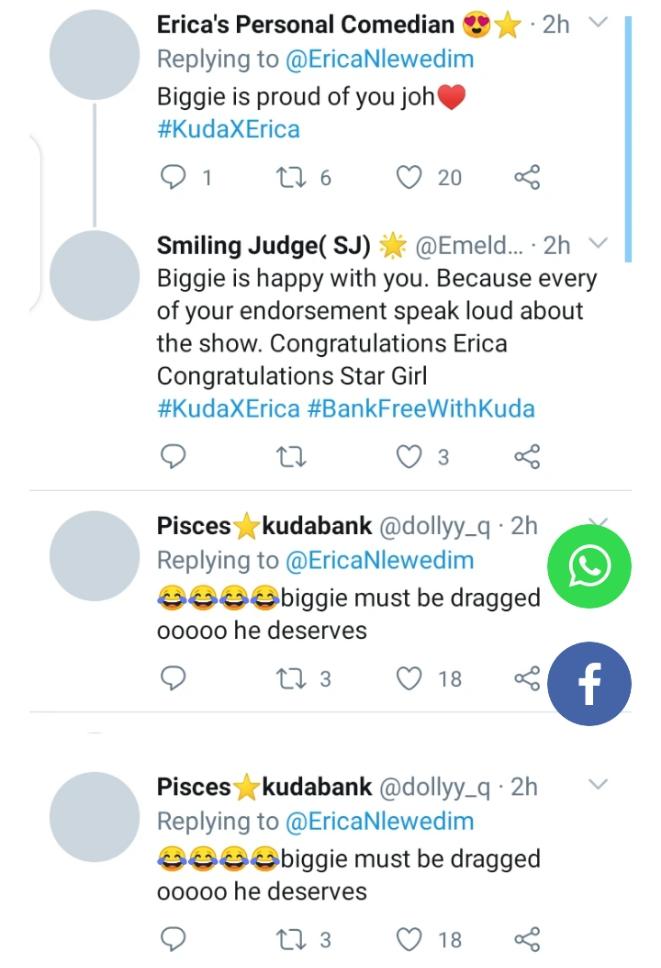 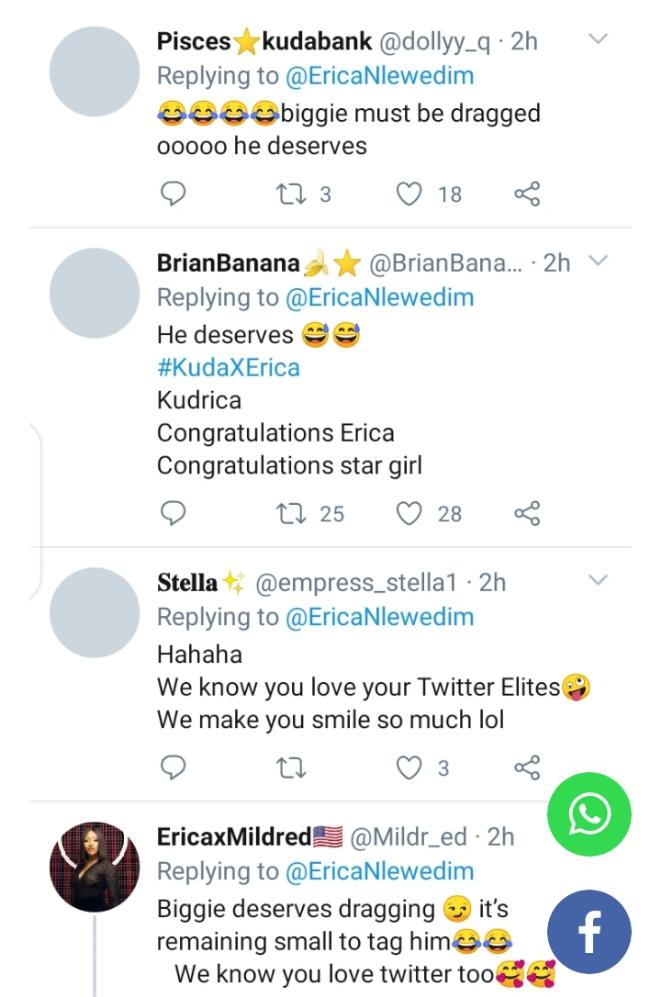