A fan of the reality TV star took to Twitter to compare her dressing to Cardi B’s dressing, and his tweet got the attention of the popular rapper. 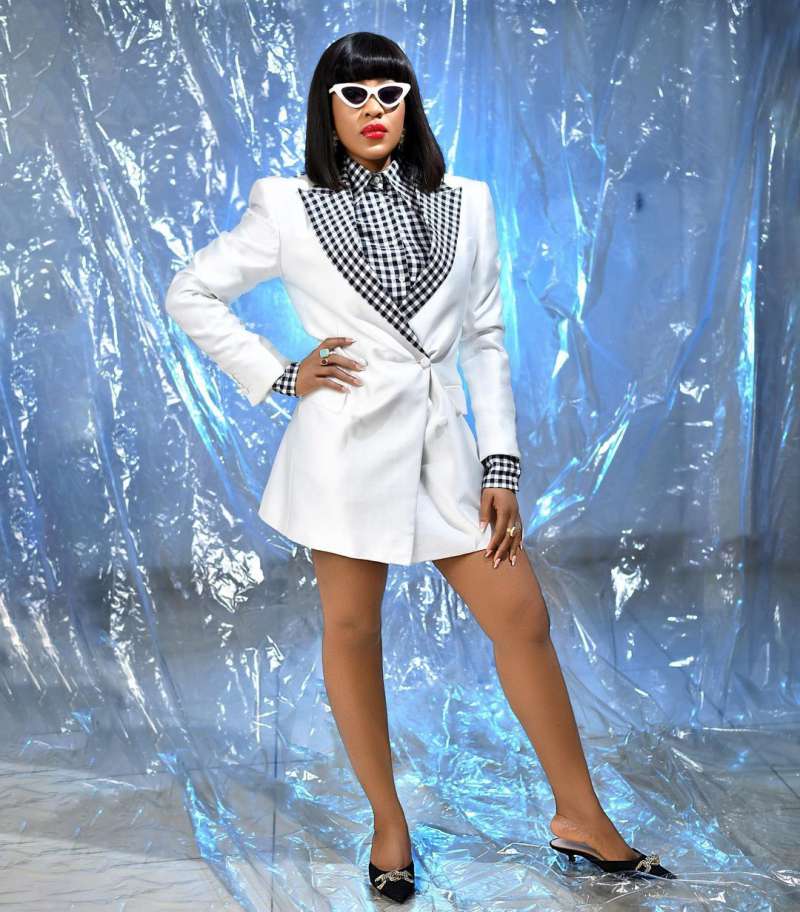 Cardi B, in her response, said she likes Erica’s dressing because it’s classy and different, adding that hers is diffrent and edgy.

Erica who was apparently excited to be hailed by Cardi, noted that she actually wanted to achieve the “edgy” look.

“Hahahahaha thanks that’s what I was going for!”, Erica said. 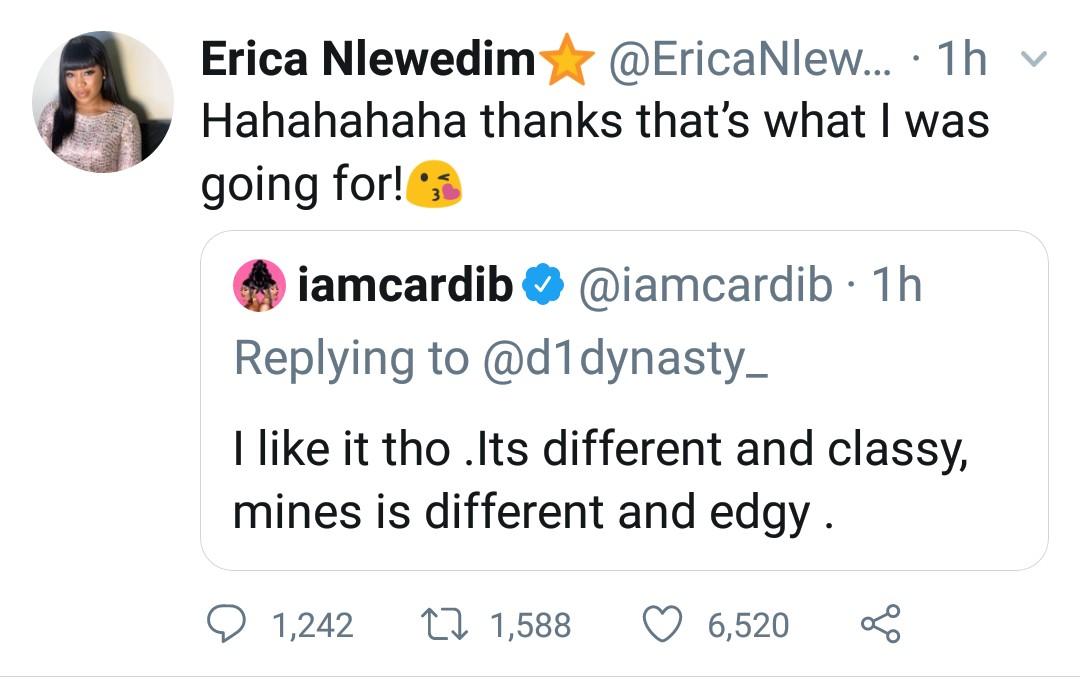