The #EndSARS protest has reportedly resumed in Abuja as some protesters were recently spotted at the Force Headquarters and Nnamdi Azikiwe International Airport. 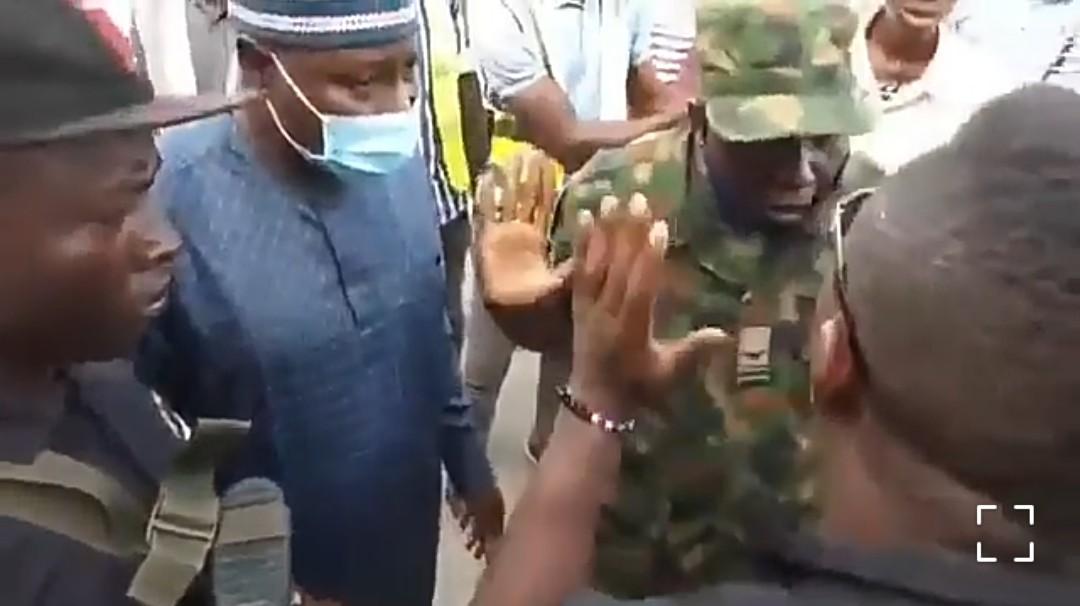 The Abuja protest on Sunday, started at the NAIA, where the protesters were seen painting the #EndSARS symbols on the road, with red paint.

It was reported that some steps were taken by Officers and Men of the Nigerian Air Force on guard, to hinder them from painting the road, but the protesters stood their ground.

In a new video, the protesters were seen confronting military officers.