In a viral video, a Nigerian man was seen raining curses on Fuji musicians including Pasuma and King Ayinde Wasiu for not lending their voices in the ongoing #EndSARS protest. 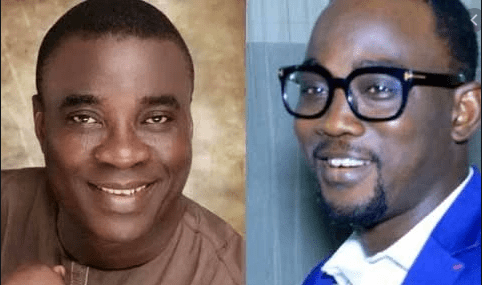 It’s no longer news that Nigerians have been protesting in large numbers, against the dehumanizing acts of the Nigeria Police force.

Speaking angrily in Yoruba, the man blasted Fuji musicians including Pasuma and Kwam 1 for keeping mute over the protests against the Police brutality in Nigeria.

He accused them of having a cordial relationship with SARS officials, hence, their sealed lips against the #EndSARS movement.

The man further said that, the Fuji maestros are keeping mum because their children are not victims of Police brutality as they have all sent them abroad.

Nigerian man rains curses on Pasuma, KWAM1 and other Fuji musicians for not joining the #SARSMUSTEND protests.#EndSWAT pic.twitter.com/YGduqSa5D0