A video making the rounds online captures the emotional moment a young military man reunited with his mum after a year of fighting terrorists.

The young soldier revealed via his caption that he had been on the Frontline, fighting to defend his nation and her citizens. In the viral video, the soldier serenaded his mum by throwing her a respectful salute and then proceeded to marching gallantly towards her. 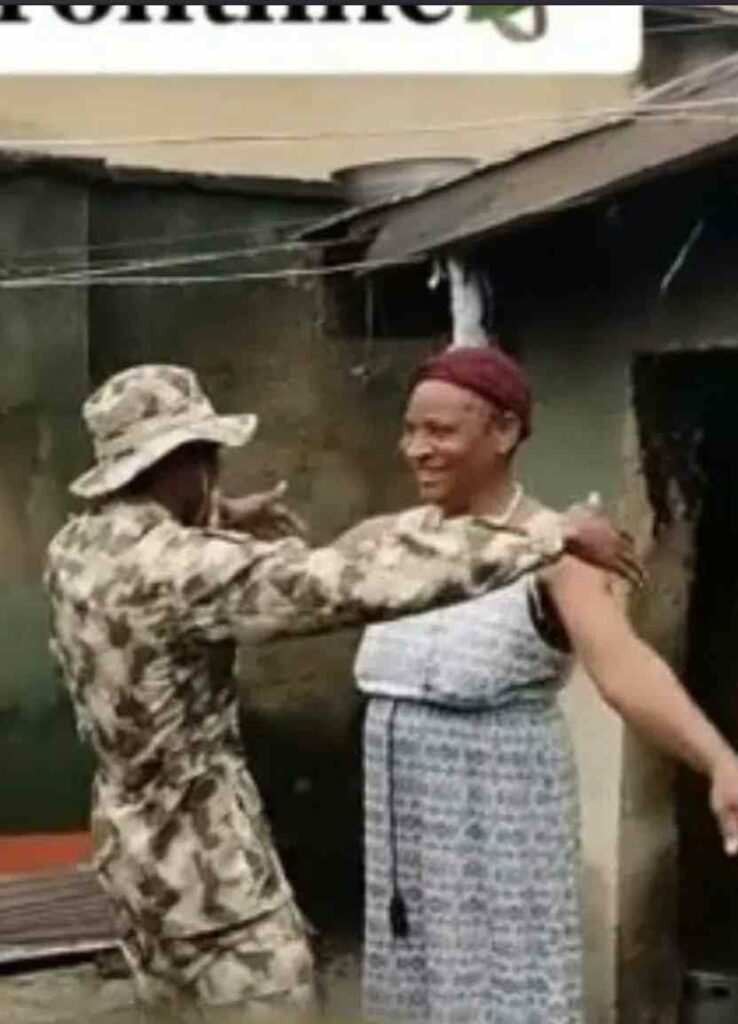 He and his mother held each other in a warm embrace when he approached her while she smiled with joy at having seen her son alive and unscathed after a long time away.