There was a stir of emotions after a young Nigerian lady, Ahuoiza blessed a roasted plantain seller with some money after pulling her legs. 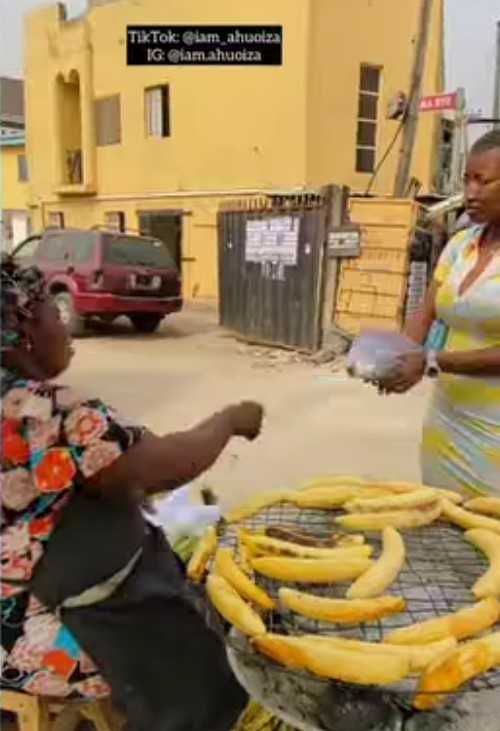 Ahuoiza, who was trying to see how the woman would react, bought her roasted plantain and immediately returned it after tasting it, noting that it is tasteless.

Unlike many other sellers who would react with abuses, the woman collected her ‘boli’ back without complaints. 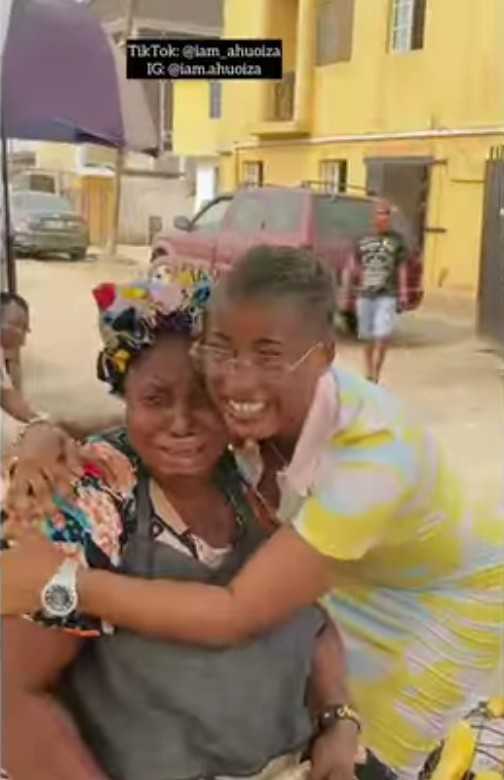 Then came the moment Ahuoiza retuned back, gave the woman some money and pointed her towards the camera: a gesture that made the woman cry.

Meanwhile, Nigerians on social media expressed how emotional they became after seeing the video.