One of the finalists of the just concluded Big Brother Naija reality show, Cross, welcomed his mother with open arms as fans surprise him with a load of gifts. 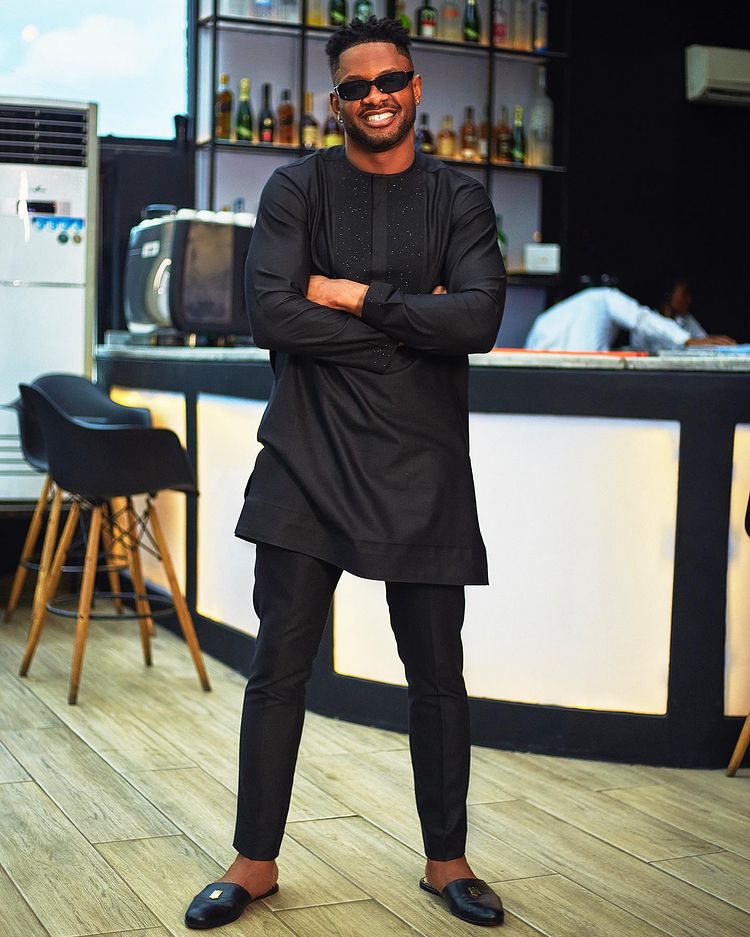 Cross who once revealed that it took a lot of convincing for his mother to actively watch his performance on the show, expressed overwhelming joy at the sight of his mother at his welcome party.

Fans of the ex-housemate made available loads of gifts that include a giant money cake, a Mac book, iPhones, footwear, and many other items. 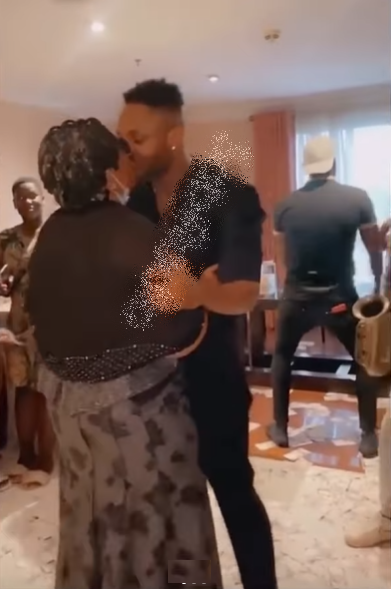 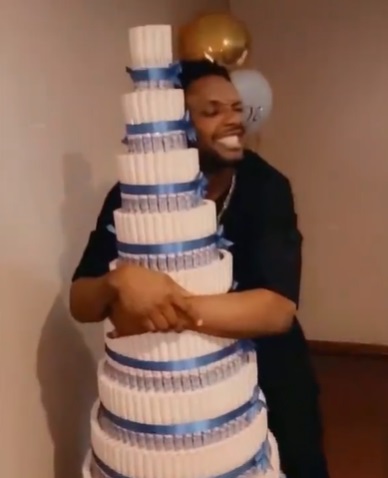