Home Entertainment News Emeka Ike blasts his followers after one made a comparison between his...

Nollywood actor, Emeka Ike has hit back at some followers over the comment they made on his Instagram page. 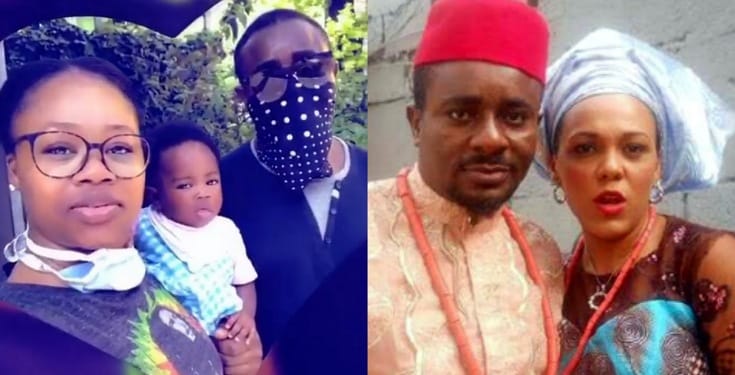 It all began after the actor posted a short video which shows his son and his South African wife, Yolanda Pfeiffer.

However, one of the veteran actor’s followers stated that his ex wife, Suzanne Emma “fits him” more than his new wife, Yolanda.

His comment infuriated Emeka Ike who fired back at some of his followers over their comments.

He also alleged that his ex wife is using a fake account to troll him. 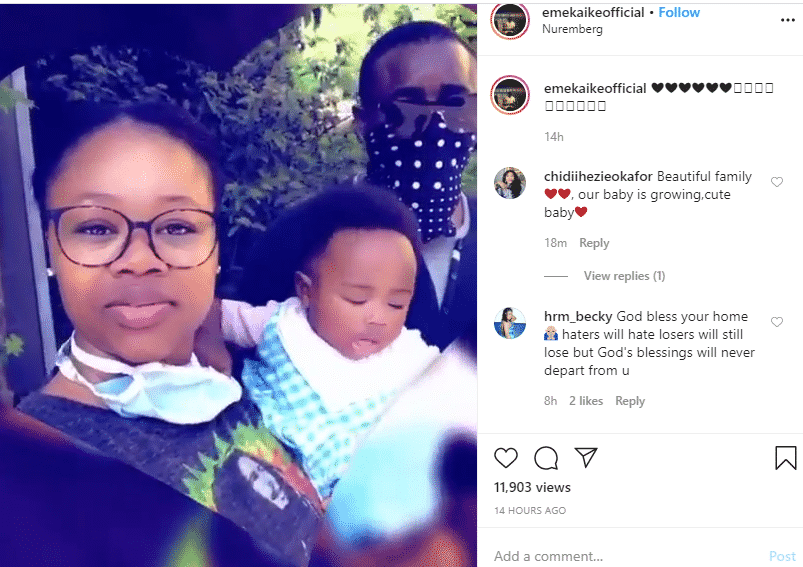 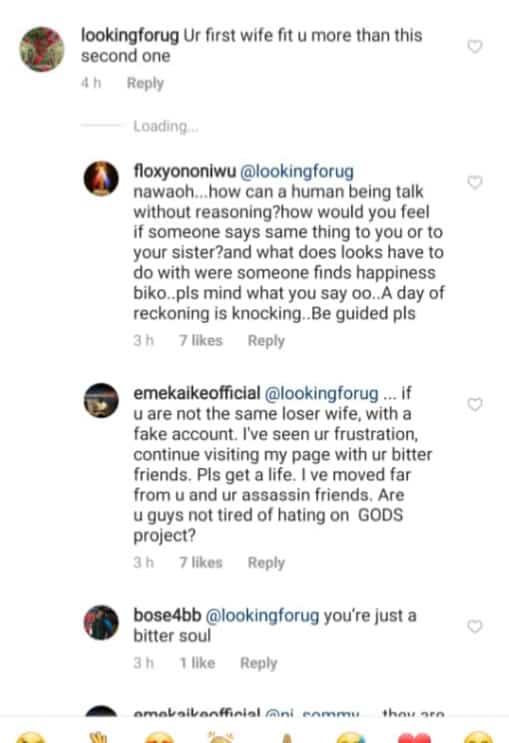 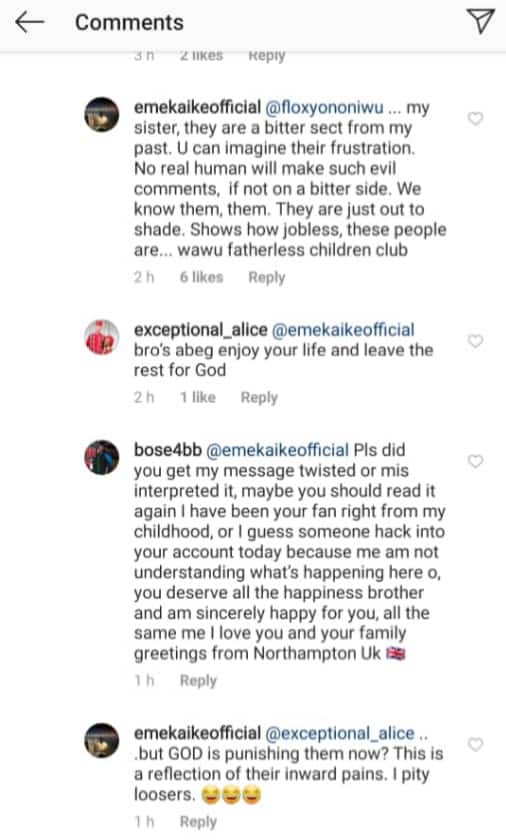 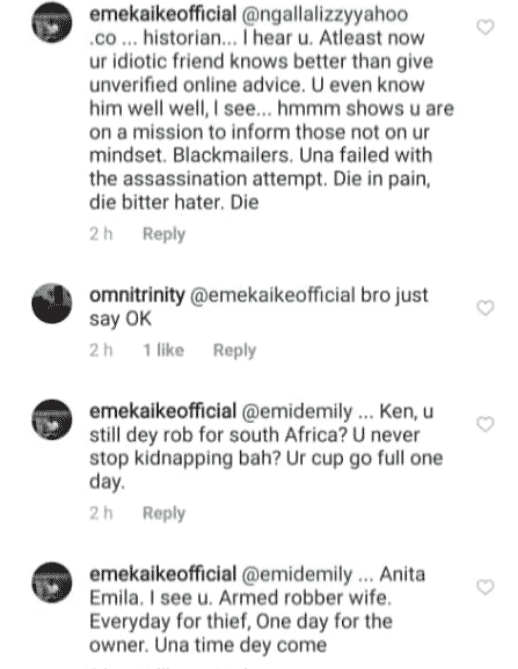 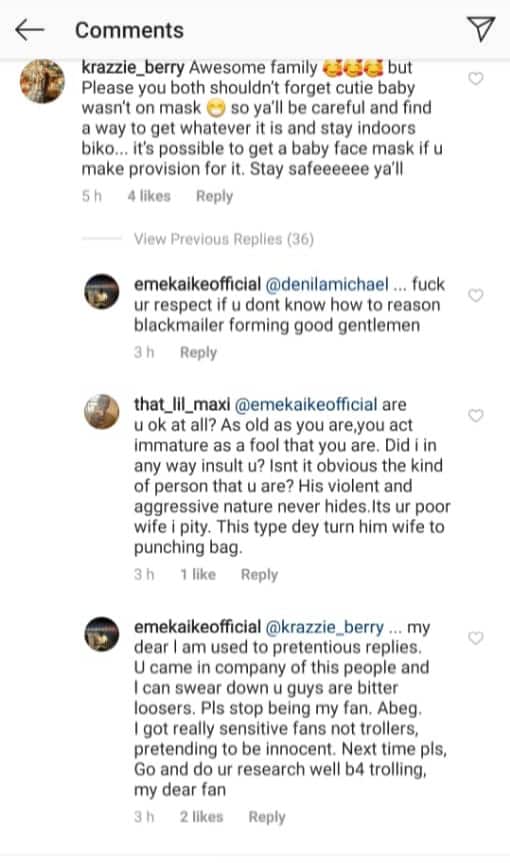 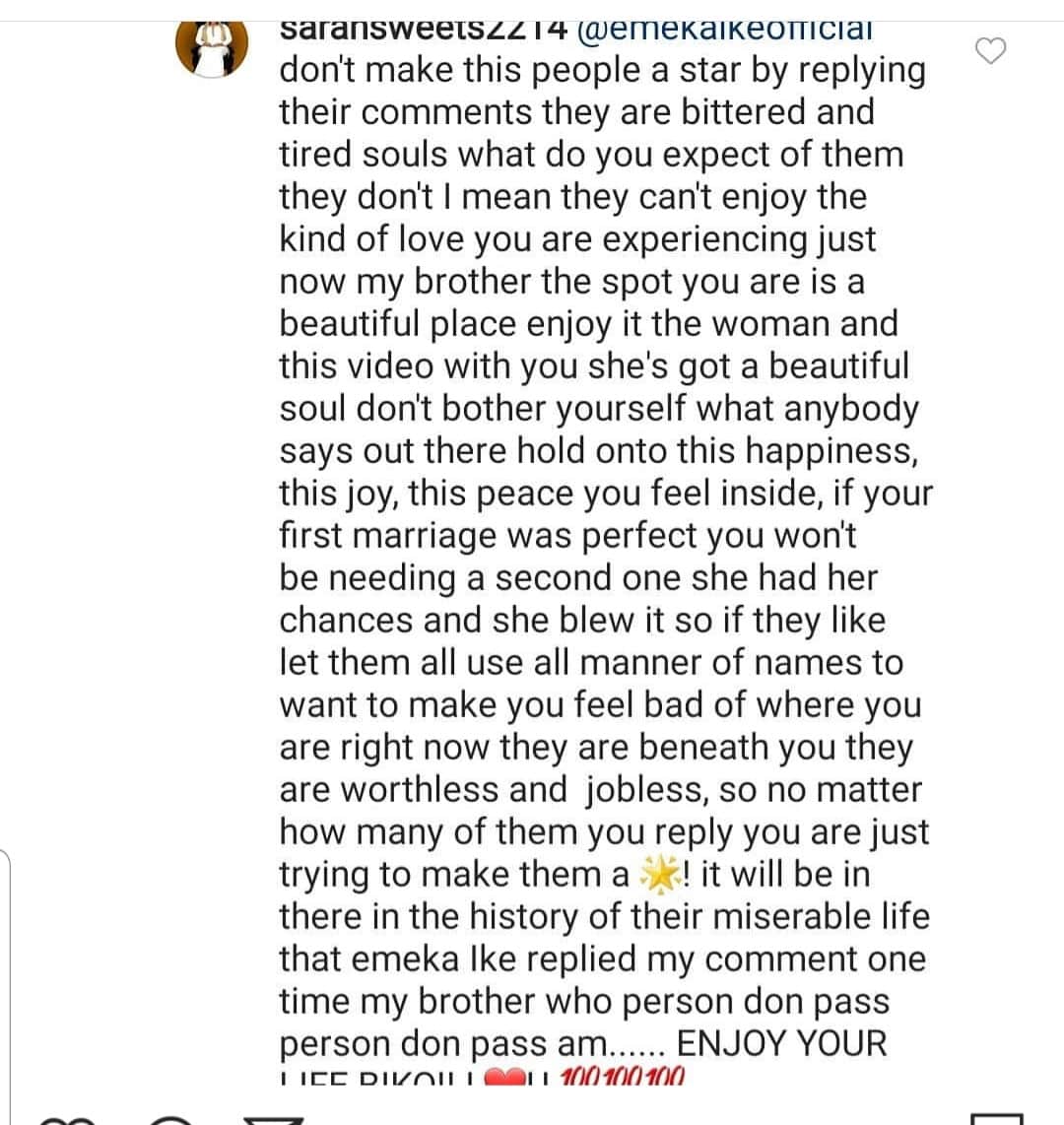 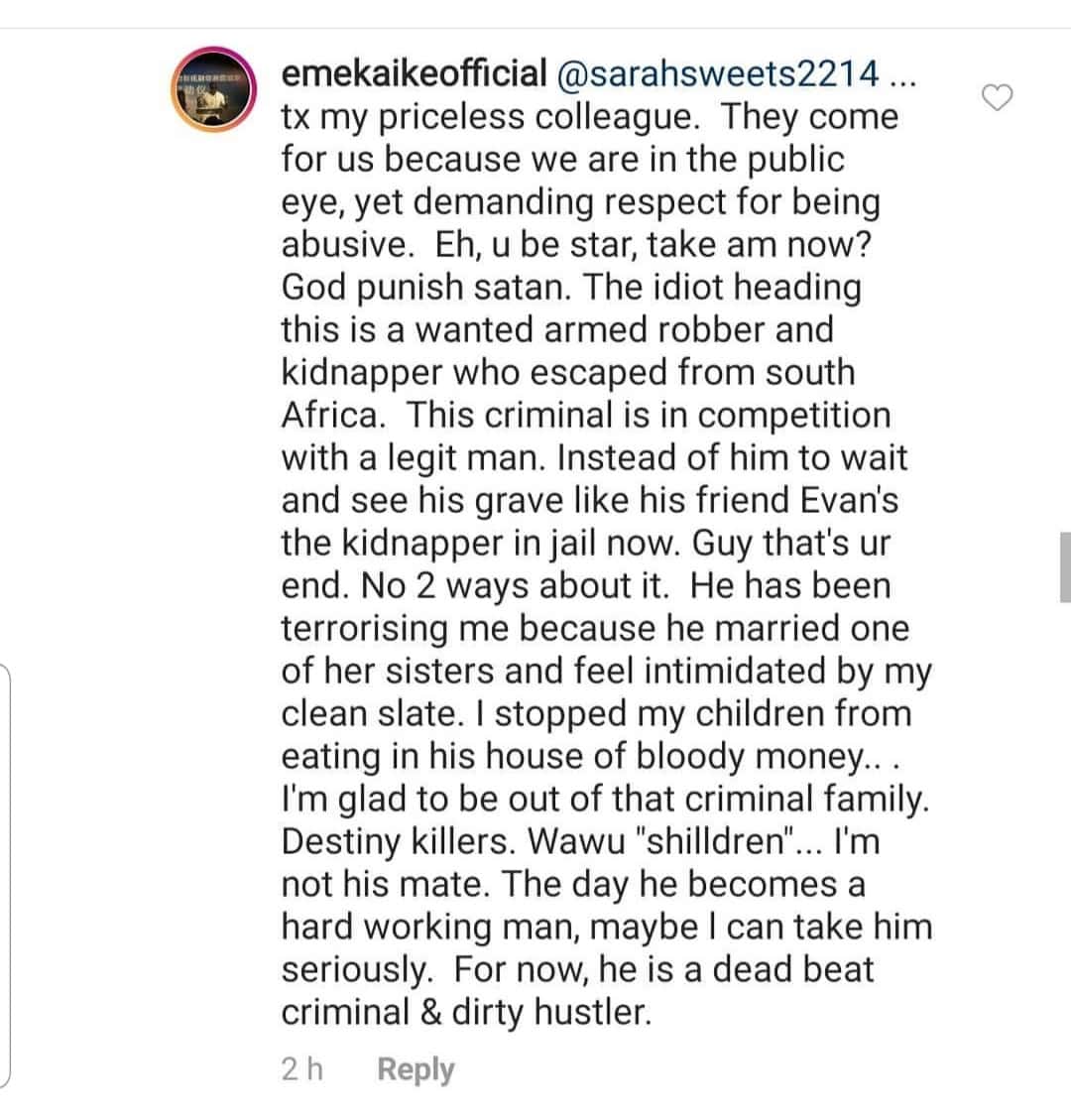