The Economic and Financial Crimes Commission has arrested a lady, Mnena Anita Ato who is the owner of a food spot in Makurdi known as Star Sharwarma.

According to reports, an EFCC staff identified as Hembafan Toryila made an order of N1500 at Star Sharwarma and she wrongly transferred N1,600.

However, Ato who was expecting a payment of N1500, didn’t pay attention to the N1600 transferred by Toryila.

Ato thought that the money came from another customer until her bank statement confirmed N1600 was paid by the woman.

After calling to apologize for the misunderstanding, Ato was arrested by the livid woman who threatened to deal with her. 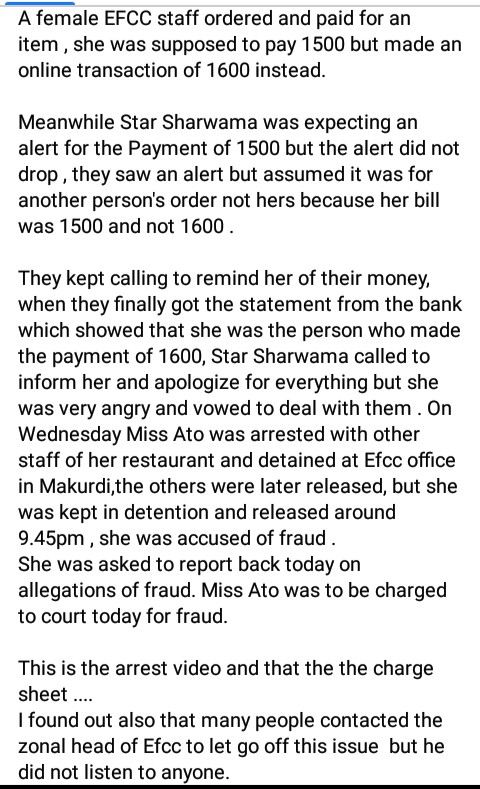 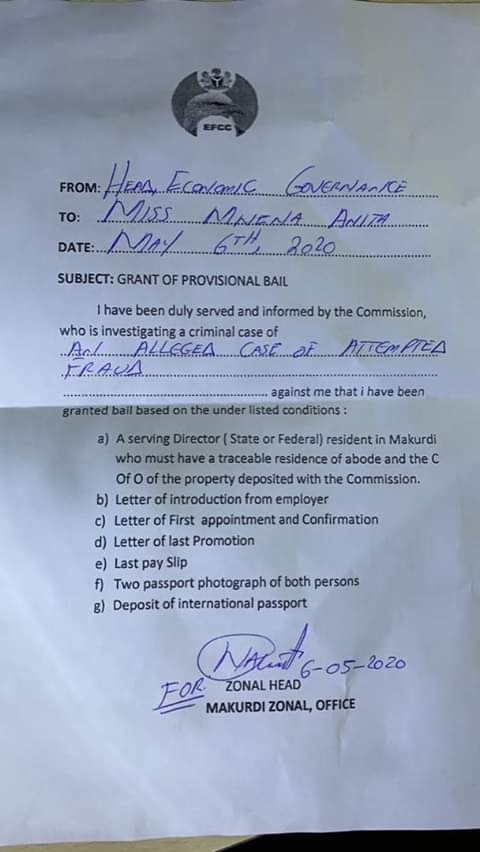 Watch the videos from the arrest below;