Nollywood movie star, Uche Madugwu intensifies his jab on church owners as he calls on the Economic and Financial Crimes Commission(EFCC) to invite them for interrogations. 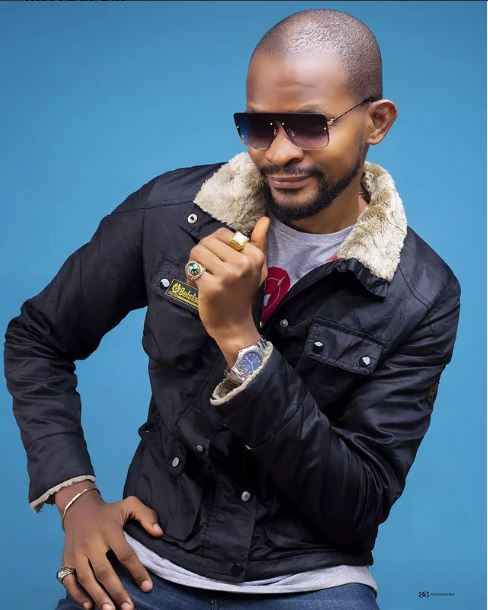 Recall that yesterday, the controversial personality tackled pastors for flying jets worth millions of naira while 75% of their members languish in destitution.

In a recent development, the thespian made a clarion call for the anti-graft agency to extend their tentacles by investigating church owners who own private jets but don’t have a business empire to boast of.

According to him, the agency shouldn’t go after Yahoo boys (fraudsters) alone. He also compared church owners to Imams whom he said he has never seen in a Ferrari talk more of a private jet. 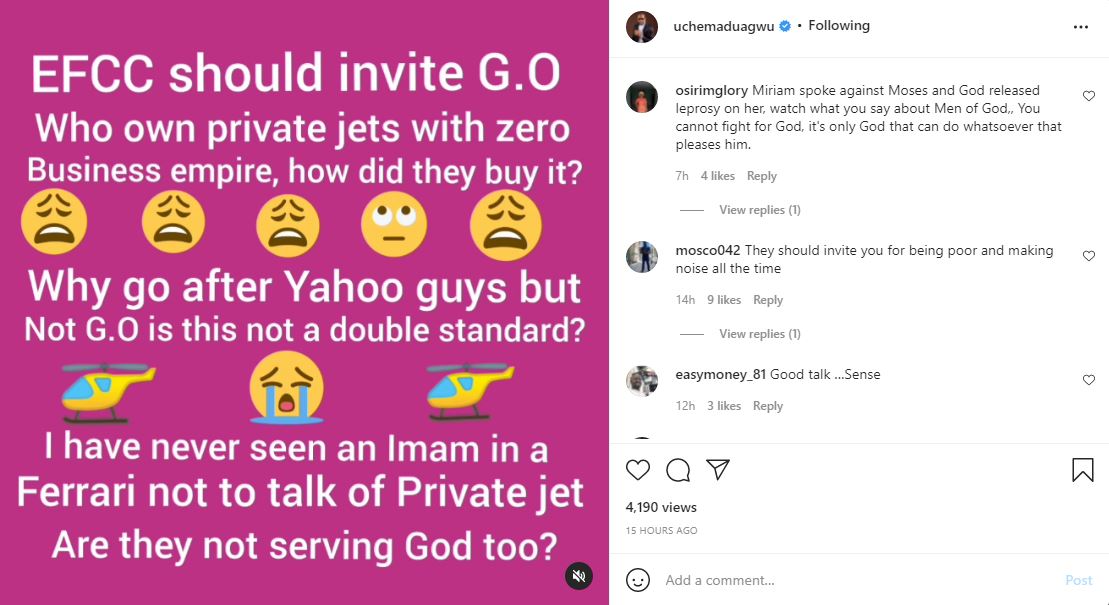