Home Viral News Earthquake: Little girl found alive after being under rubble for over 3...

A three-year-old girl was rescued from a collapsed building in the western Turkish city of İzmir on Monday, nearly three days after a powerful earthquake in the Aegean Sea that has killed at least 85 people. 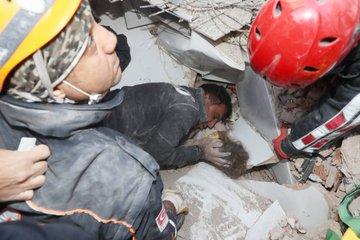 Rescuers pulled the girl, Elif Perinçek, out of the rubble, then took her on a stretcher to an ambulance as emergency crews searched for survivors in eight other buildings.

Elif’s two sisters and brother were found alive in the wreckage along with their mother on Saturday, but one of the children later died.

“A thousand thanks to you, my God. We have brought out our little one Elif from the apartment block,” Mehmet Güllüoğlu, head of Turkey’s disaster and emergency management authority (Afad), wrote on Twitter.

See more photos and watch the rescue video below… 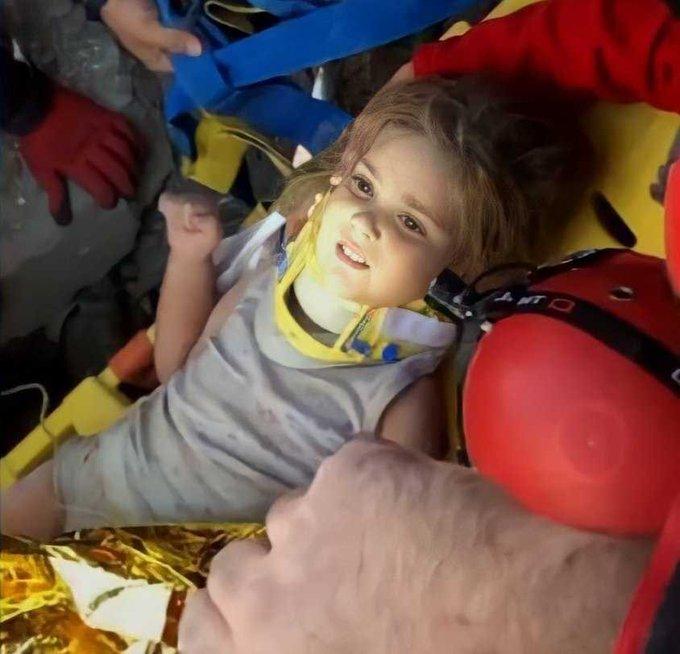 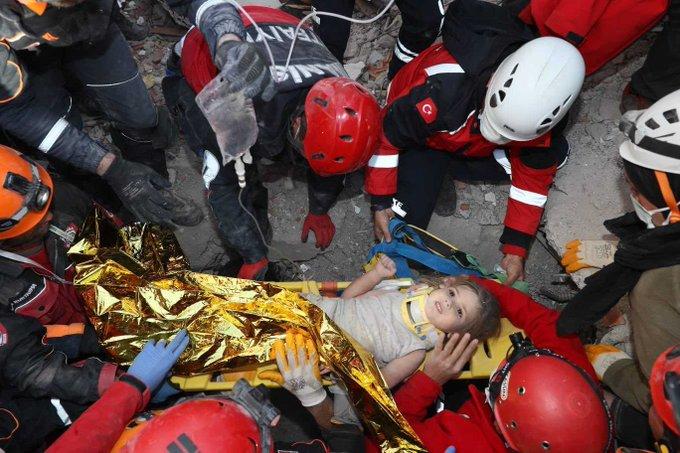 A young girl was rescued from the rubble of a collapsed building in the western Turkish city of Izmir, more than 90 hours after a deadly earthquake in the Aegean Sea killed at least 104 people https://t.co/QDlt9rRvlw pic.twitter.com/0n3XpbAEjW