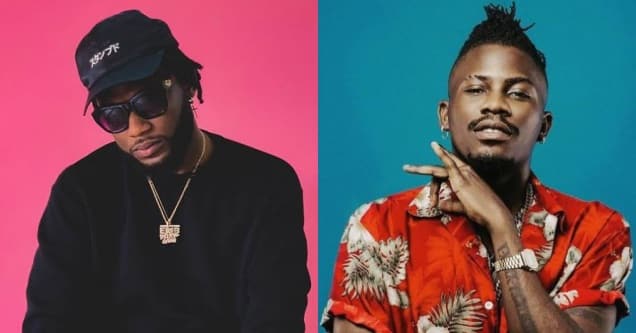 Popular Nigerian artiste, Aboriomoh Femi Raymond, better known by his stage name, Dremo has slammed a Twitter user who pitched him against his industry colleague, Ycee.

GistReel has reliably gathered that trouble began when an upcoming Nigerian Disc Jockey, DJ Jini, identified with the username @dejinious_, took to the micro-blogging platform, Twitter to post a photo-mix of Dremo and Ycee, while asking who raps better?. 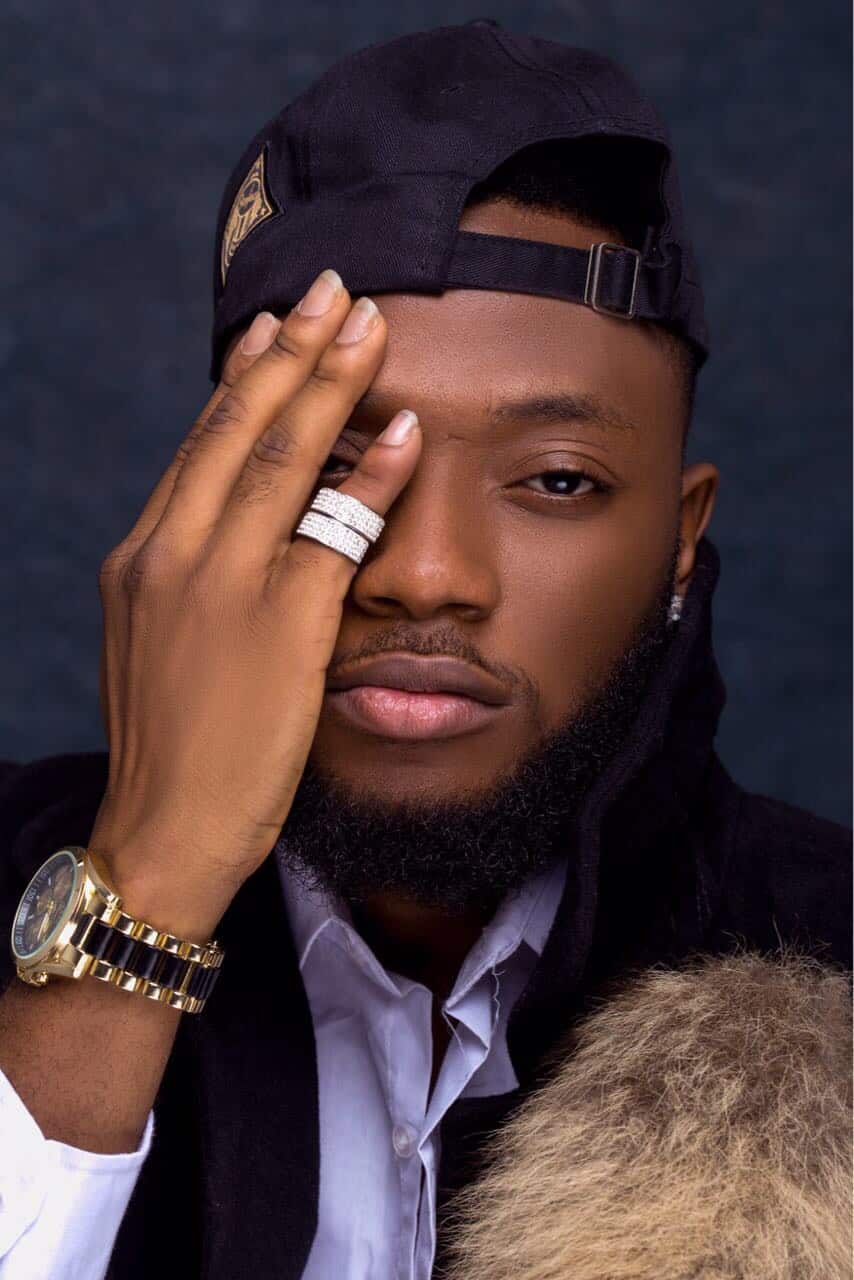 On seeing the post, infuriated Dremo took to the retweet button to give the Twitter user a heavy knock by telling him that soon, people will put of his photograph and that of his friend side by side while asking who fv.cks her wife better.

“Soon it will be ur picture put against your friend then the question will be “who really fvcks your wife better???”

See their tweets below: 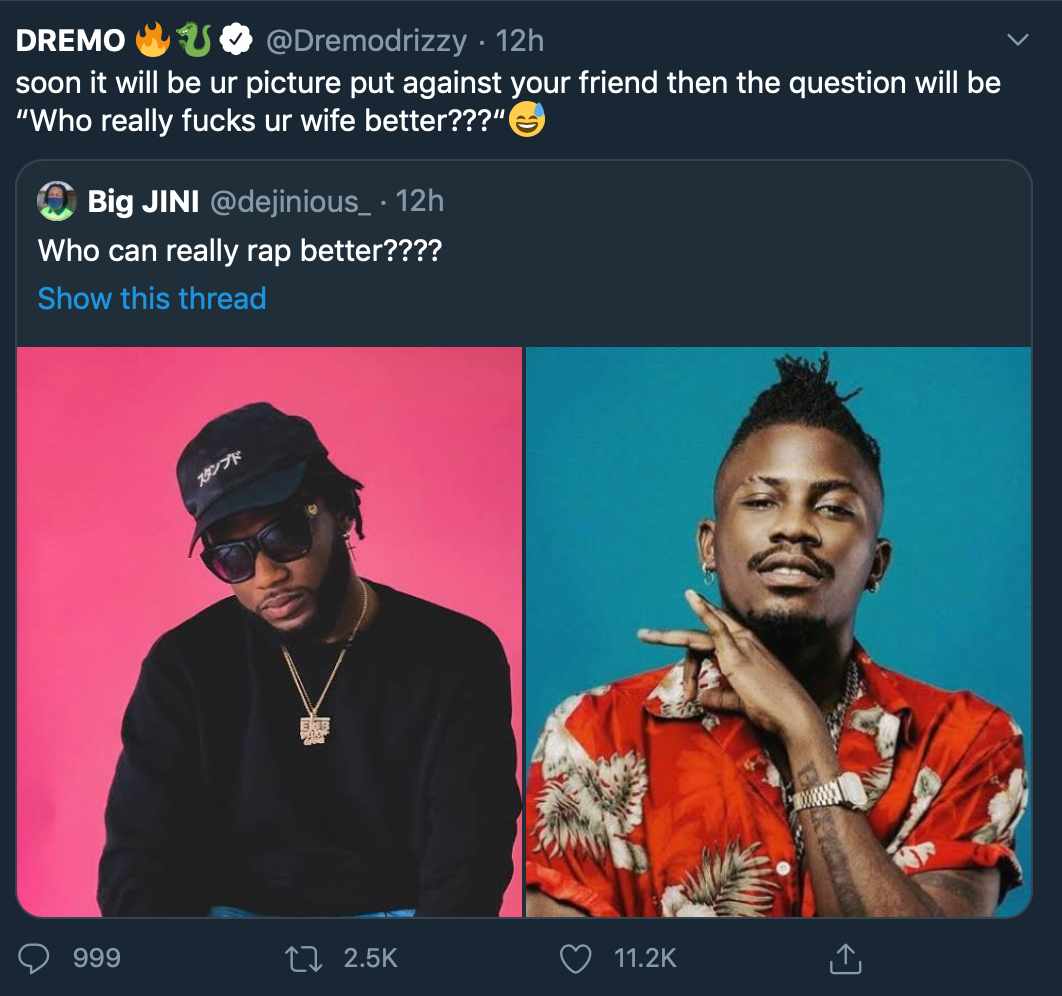