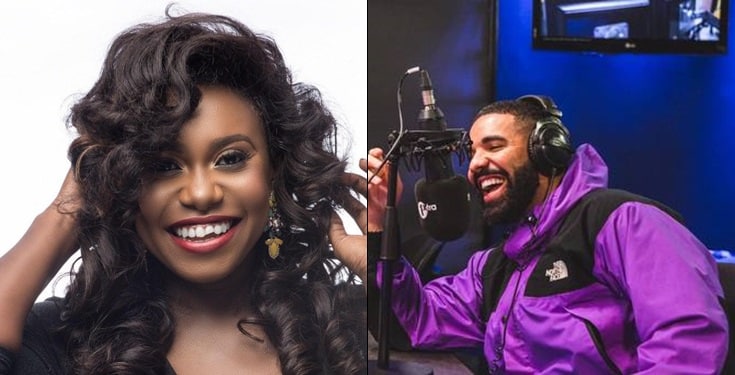 And just after Drake demanded for Niniola’s song in a radio session with Tiffany Calver on BBC 1xtra, the Nigerian singer has taken to Instagram to react.

Drake who demanded for Niniola’s hit song ‘Maradona’ to be played on the radio show, and Niniola who reacted via Instagram called him her ‘new bestie’. She wrote as she shared the video;

A post shared by Niniola (Queen Of Afro-House) (@officialniniola)