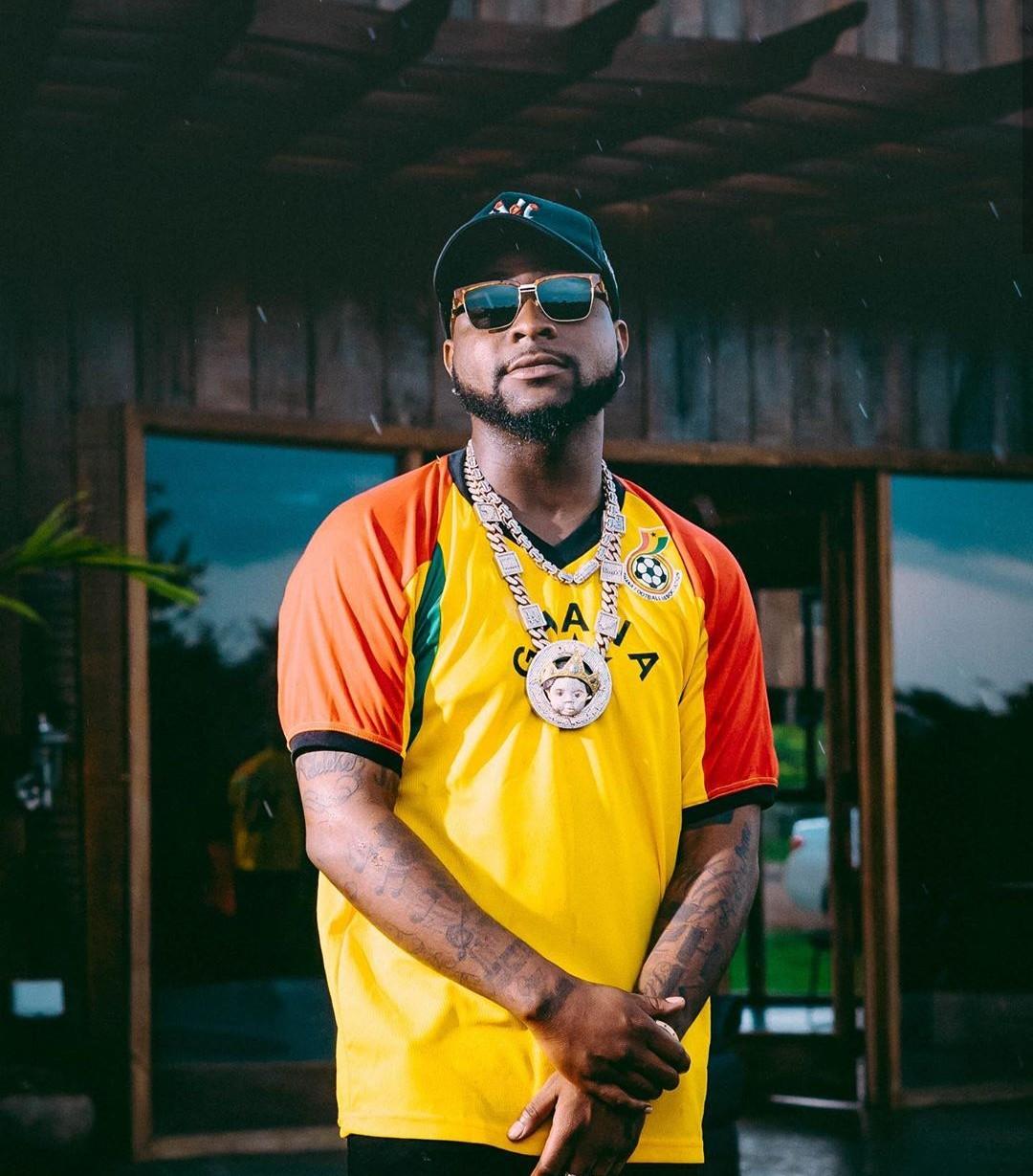 Twitter user, Alpha P had taken to the platform to mention that Davido is the Drake of Nigeria, and Davido didn’t hesitate to reply the tweet.

Speaking via his recent tweet, Davido said Drake is the Davido of America. 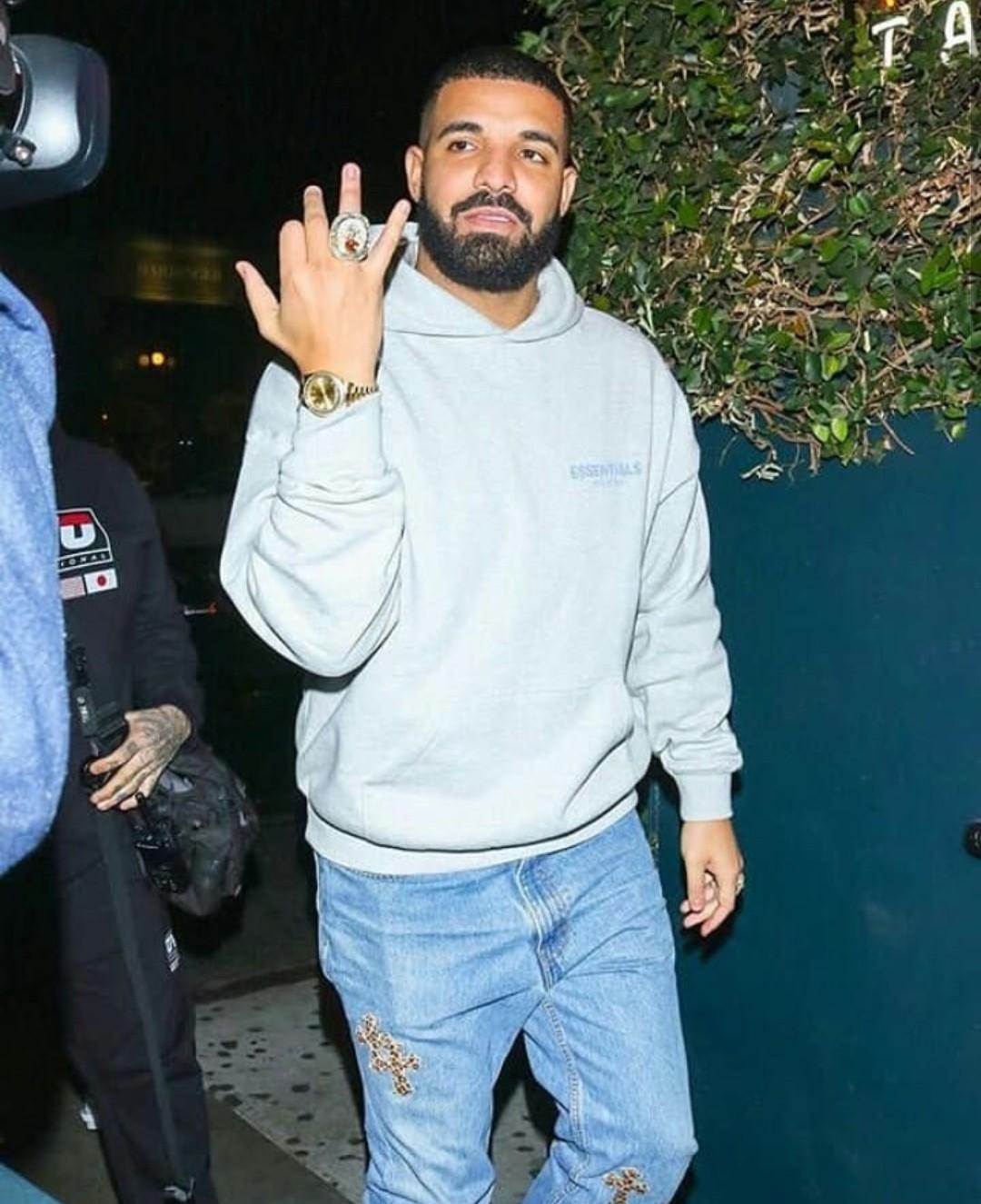 His statement caused another controversy on Twitter between his fans and fans of other artistes who are always at loggerheads over the best singer between their faves.

Some argued that Davido shouldn’t be comparing himself to Drake at all because Drake doesn’t ‘make noise’. 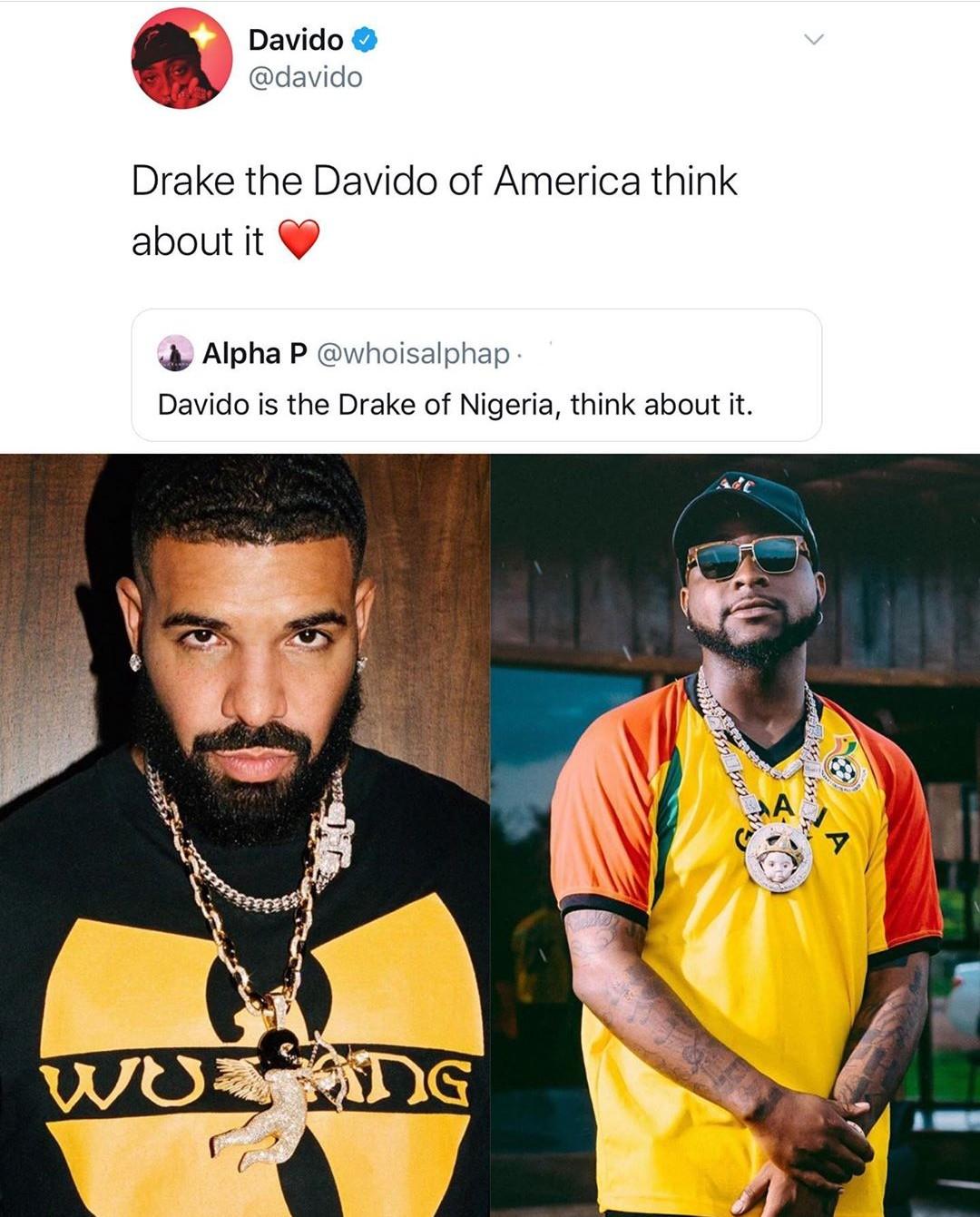