Nigerian singer, Burna boy took to social media to rubbish musicians who measure their talent based on streaming numbers. 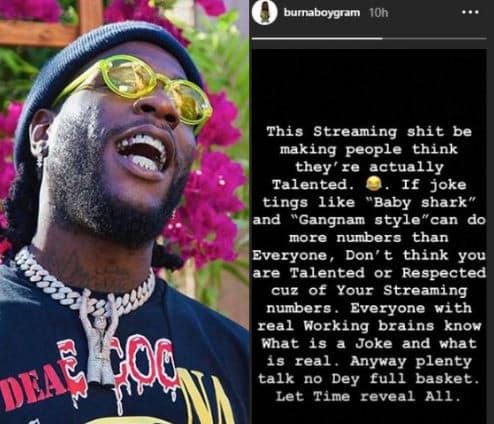 His statement however received some backlash on social media, with some users regarding him as a ranter, who should rather focus on his blooming career than dampening the excitements of other artistes.

If you recollect, some days back, Burna Boy took to social media to condemn Nigerian artistes jumping on international deals.

In a post he shared on Instastories, the singer revealed such artistes don’t know what they are getting themselves into.

He however expressed gratitude to his mother and manager for helping him navigate without the help of foreign record companies.