Popular reality star, Angel JB Smith, face criticism in the hands of trolls after showing off a stash of money made from a club. 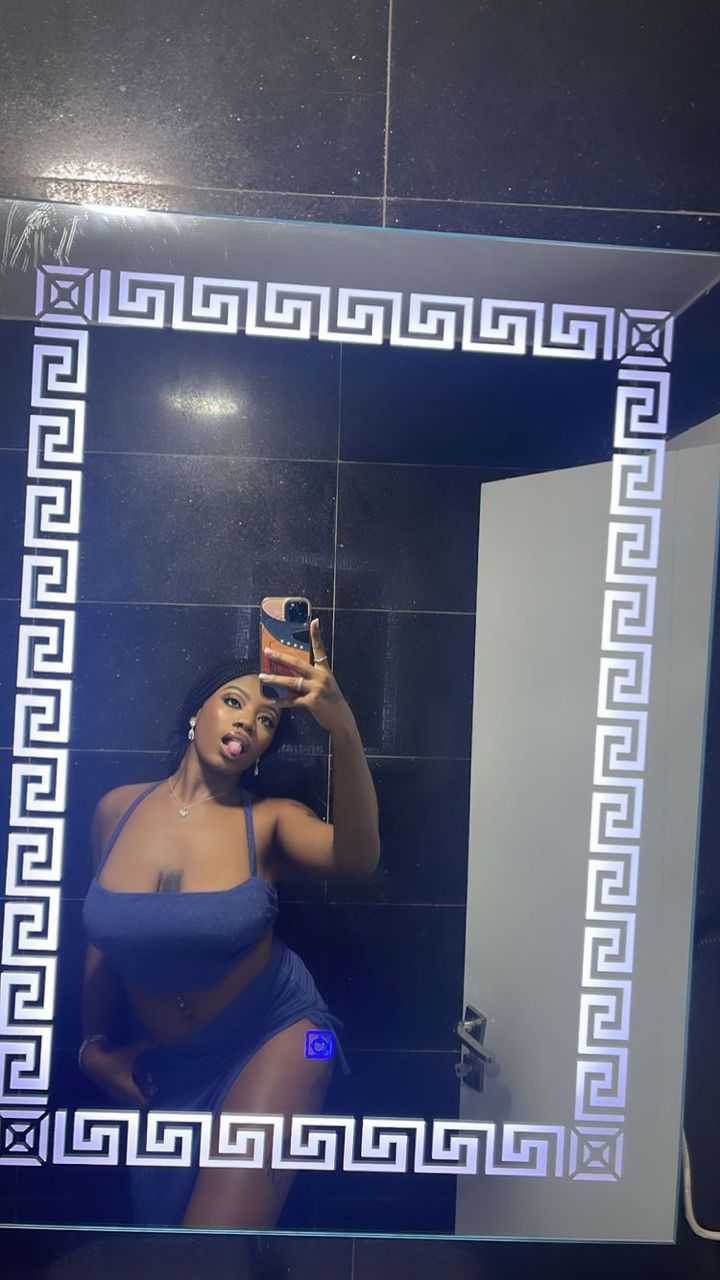 The brand influencer alongside Dorathy Bachor and Lilo Aderoga all turned up over the weekend for a girl’s night out at a Lagos club.

Angel, who flooded her Instagram story with pictures of her evening with the girls closed it off with a stash of N500 notes which she claimed to have received for being pretty. 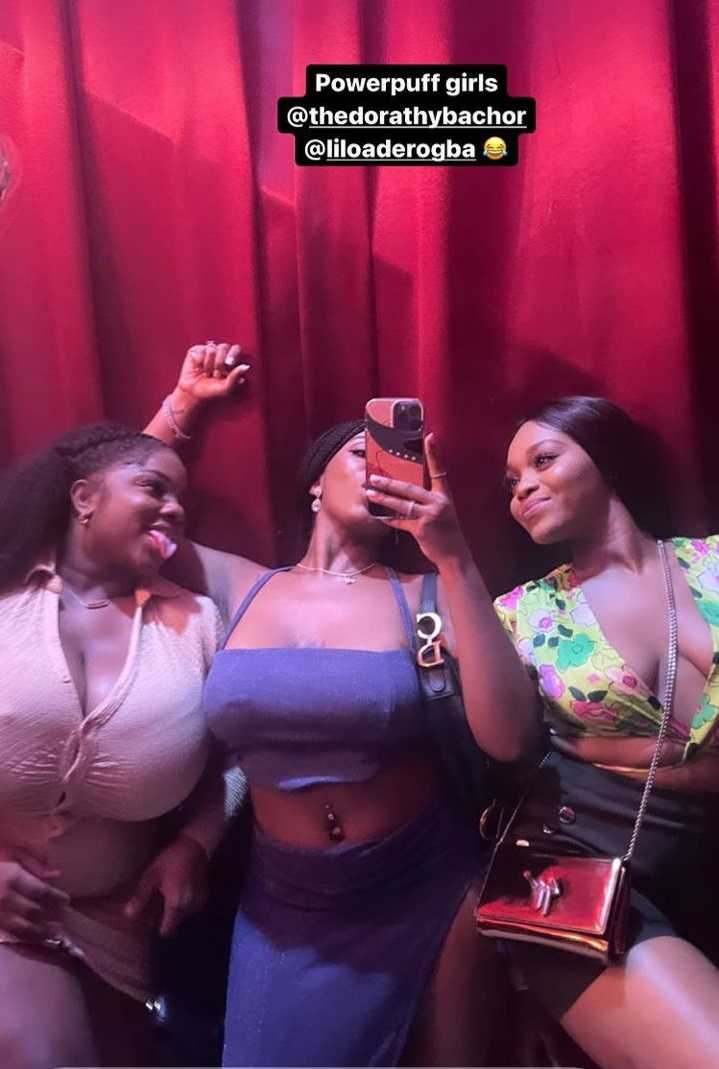 “Pretty privilege cause someone gave me this at the club because I’m a fine girl,” she wrote while sharing the photo. 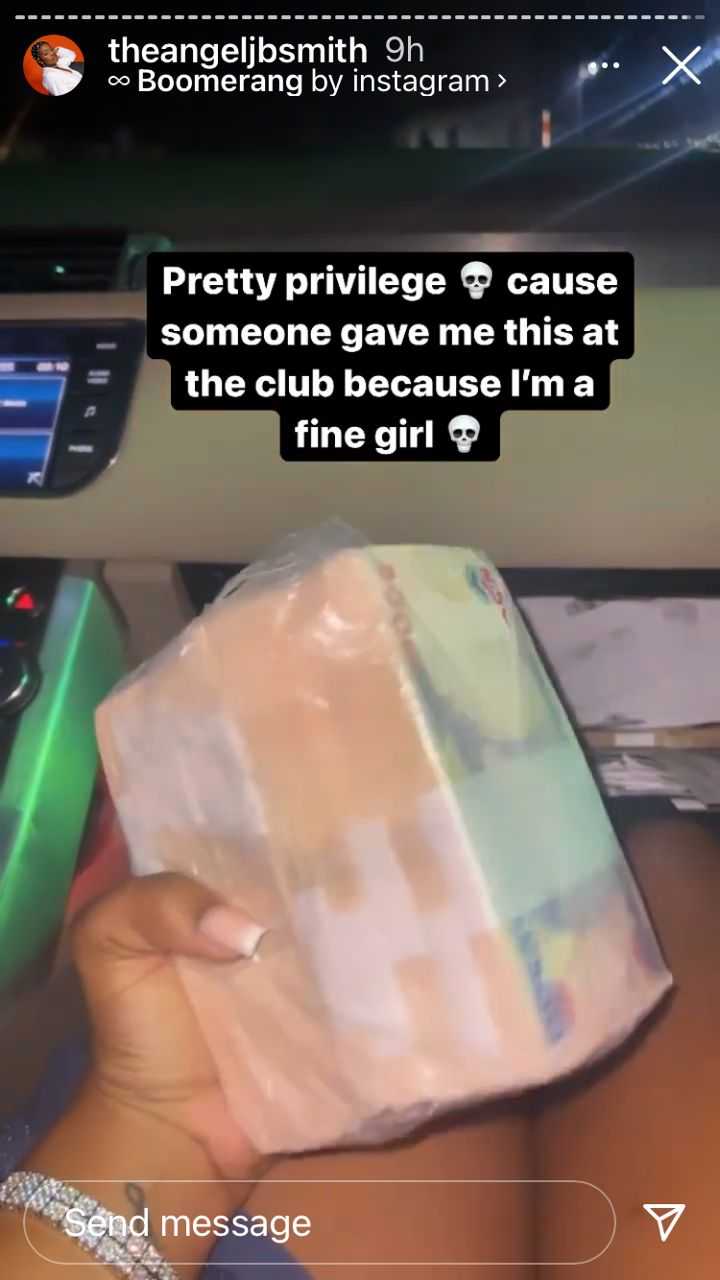 Despite stating how the cash came about, trolls however disagreed with the source.

keeping_justkeepgoing wrote: lies from the pit of hell. It might be true….our boys can go any length because of tohto

Opemipoju1 wrote: Her nightly rate is 500k per night for future intention customer