Home Entertainment News Don’t let money be the reason why you are not happy –... 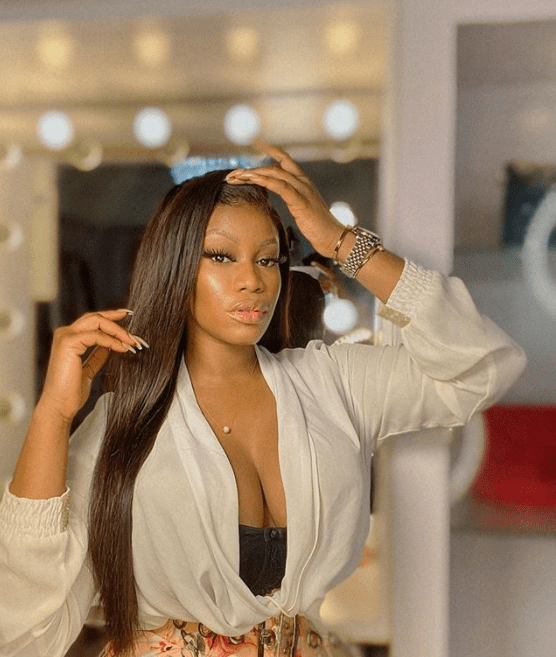 The reality show star in her post stated that money shouldn’t be the reason one is unhappy. The actress who noted that money only solves problem, added that there are things money can’t buy.

Ese further disclosed that she has realized that “money is not really everything” and it took many years to come to that realization.

“Do not ever think money will make you happy, it can only solve your problems. No matter how much you have; there will be one thing you will desire so badly but your money will and can never buy it.” she wrote. 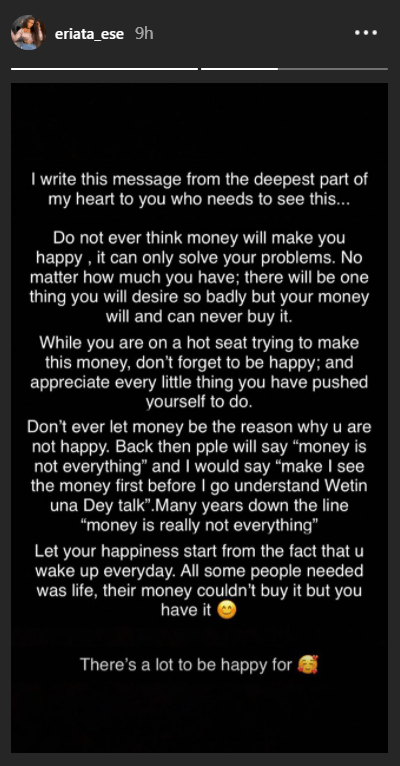