Home Entertainment News Don Jazzy slams those saying he has relegated himself to making ‘ordinary’...

Top-rated producer and Mavin label boss Don Jazzy is one of the few celebrities that show their support for online comedy skit makers. 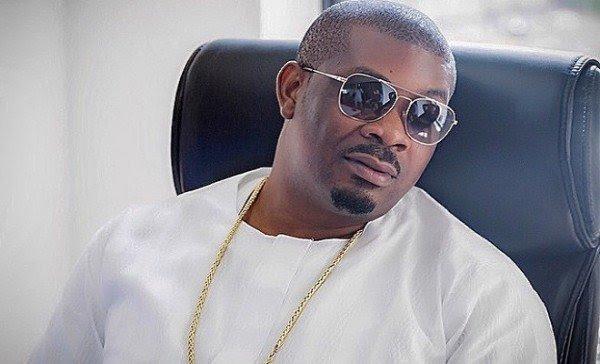 Don Jazzy has joined the likes of Mr Macaroni, Barrister Mike, among others, in their comedy skits.

While numerous Nigerians applaud him for his humility and show of support, it, however, appears, there are quite a number of people who think Don Jazzy has relegated himself to making ‘ordinary’ comedy skits.

In a recent post via his IG page, the Mavin boss has now responded to his critics.

Don Jazzy wrote I see a lot ignorant comments like don jazzy Na ordinary skit him Dey do now. I see how some people’s shallow brains won’t let them rate or respect these hardworking skit makers. I laugh at those type of people cos that’s how they carry last. Na ordinary skit @mrmacaroni1 take put @obi_cubana and myself and poco Lee in one skit. Now Na ordinary skit @viperthewiper_ don take feature @davido inside skit and they even used a jet. I have been around these guys enough to let you guys know that the amount of hard work these guys put in their “just skit” is out of this world. Anyways plenty talk. 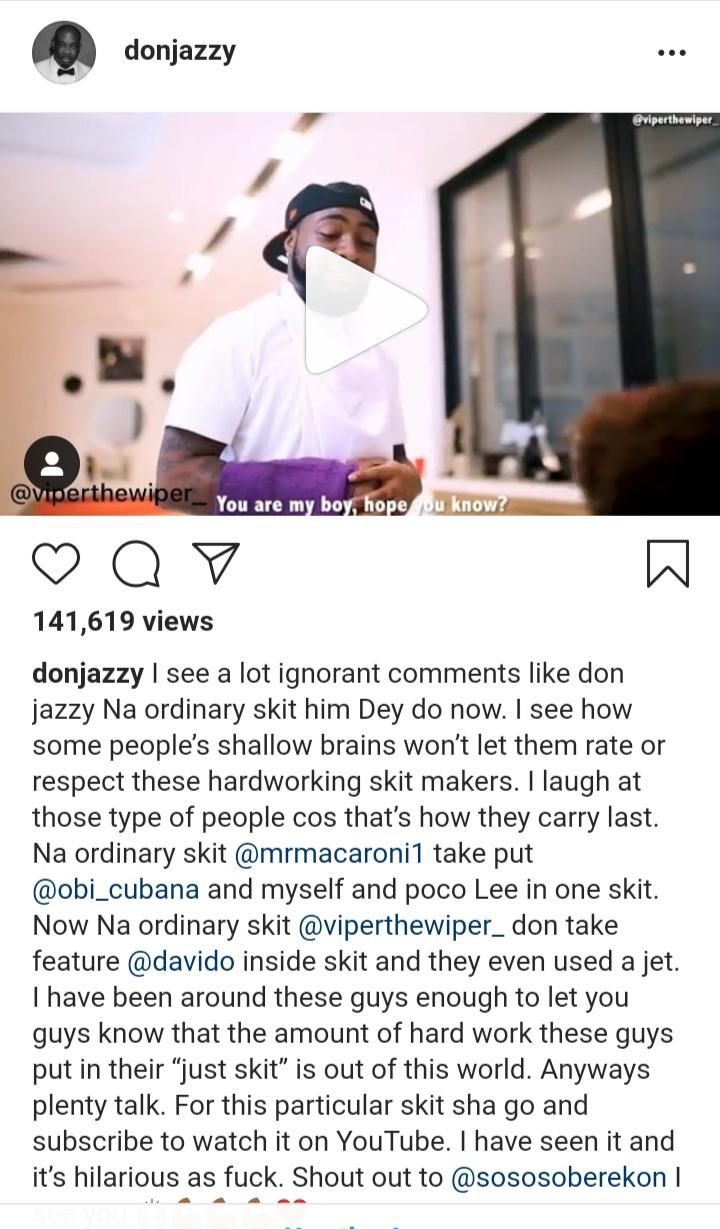