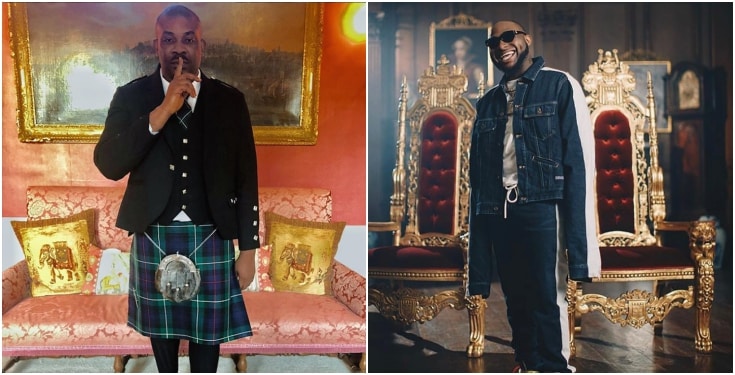 Don Jazzy, who’s viewed as one of richest musicians/producers in the Nigerian entertainment industry, made this known during a Question and Answer (Q&A) session with his fans via his official page on Instagram.

He disclosed, how he found his newly-signed artiste, Rema, what attracts him to ladies and many more.

ALSO READ:   Davido slams record producer who accused Peruzzi of signing with DMW while still signed with him

He also revealed how he was able to sustain Mavin Record with having issues with big artistes like D’bang, Dr Sid, Ikechukwu, D Prince and the rest.

When asked by one of his fans if he was richer than Davido, Don Jazzy pointedly said, “nope.” 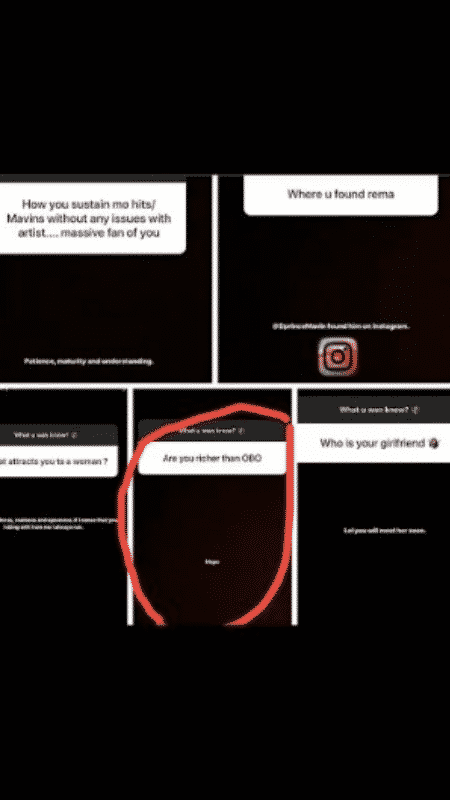 Related Topics:davidodon jazzy
Up Next

“Why pitch me against Tiwa Savage?”- Yemi Alade asks furiously