A Nigerian man has hurled insults at disqualified Big Brother Naija housemate, Tacha Akide for coming during end of protest and demanding for microphone from the protesters. 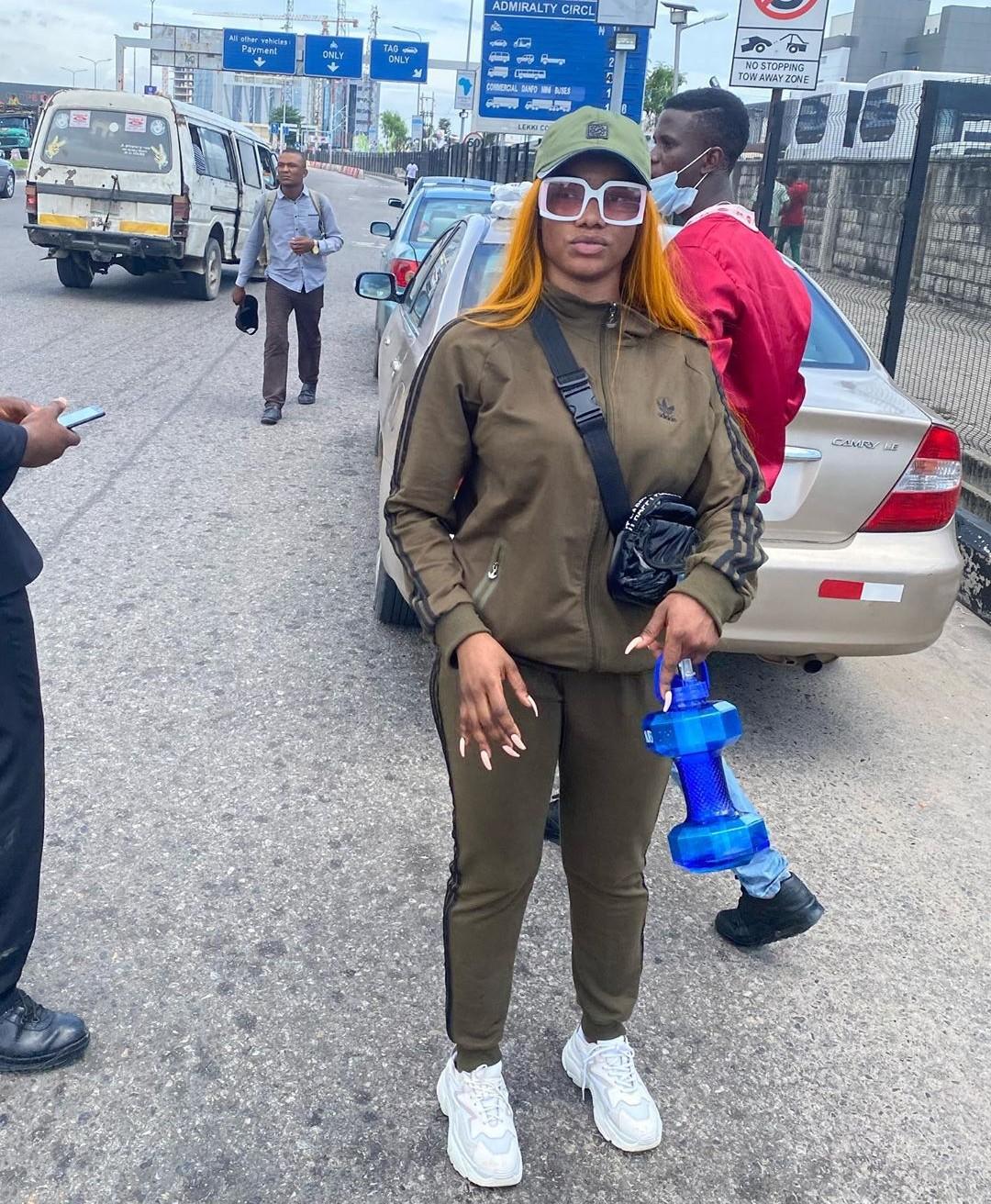 According to the angry man who dragged the reality TV star, they were almost done with the protest when Tacha appeared with two bouncers and began to demand for the microphone which was given to her.

He expressed his displeasure at the fact that Tacha couldn’t come on time to join the protest, she was only interested in chasing clout and posing with the microphone, like she joined in the protest.

“Stupid dirty smelling girl, You no come out for beginning. No be your mates for Big Brother follow us Waka, God go punish your generation?”, He screamed.