A few days ago, female singer, Di’ja reacted to the Okada and Kekenapep ban, calling for the regulation and not the eradication of the means of transport. 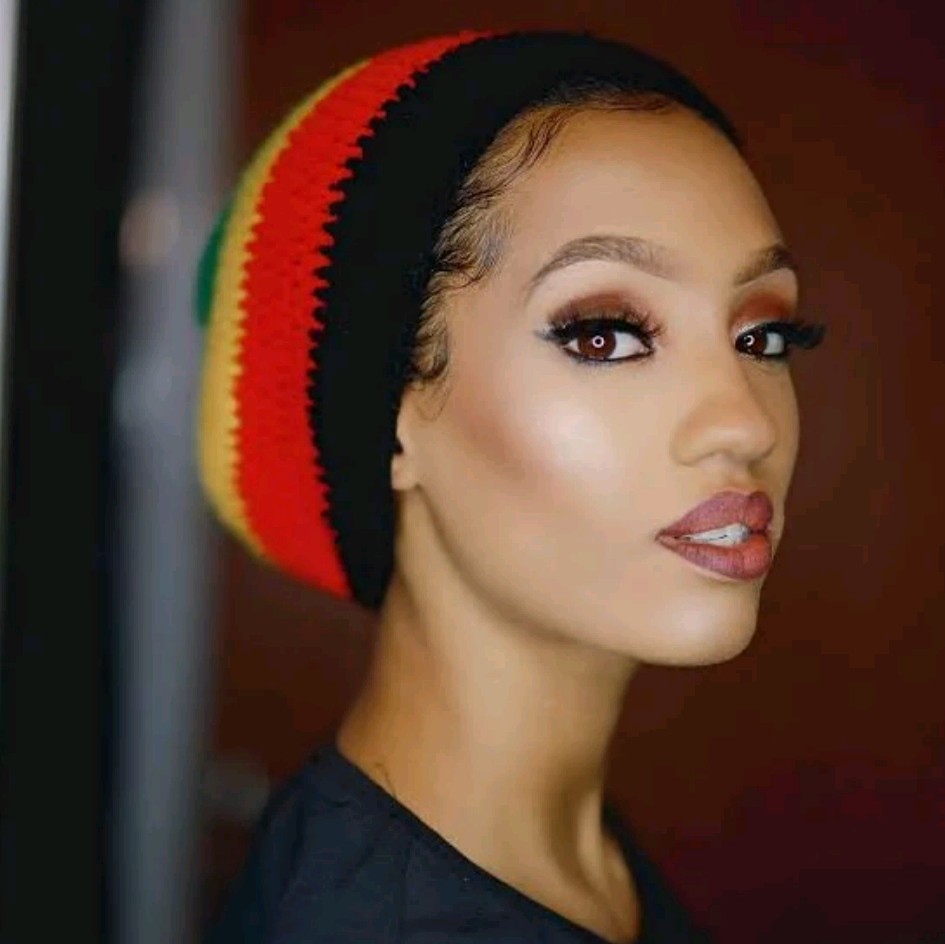 “I understand Okada can be a nuisance but it also came into existence (as is) due to the traffic situation of Lagos. I don’t think one month was enough grace period for such a change.

We should focus on regulating PROPERLY and CONSISTENTLY not banning completely. People don’t depend on the government, they depend on themselves. There are so many pros and cons to all of this. Can we talk about it though?, She wrote.

However, with the recent cases of violence recorded, Di’ja has reacted again. She took to her Twitter page to slam the Lagos State governor for seizing and damaging bikes in the state.

According to her, the riders are desperate and trying to earn money to feed their families.
She also expressed sadness in the acts of racism and tribalism that citizens have been exhibiting in the past few days.

See her tweets below: 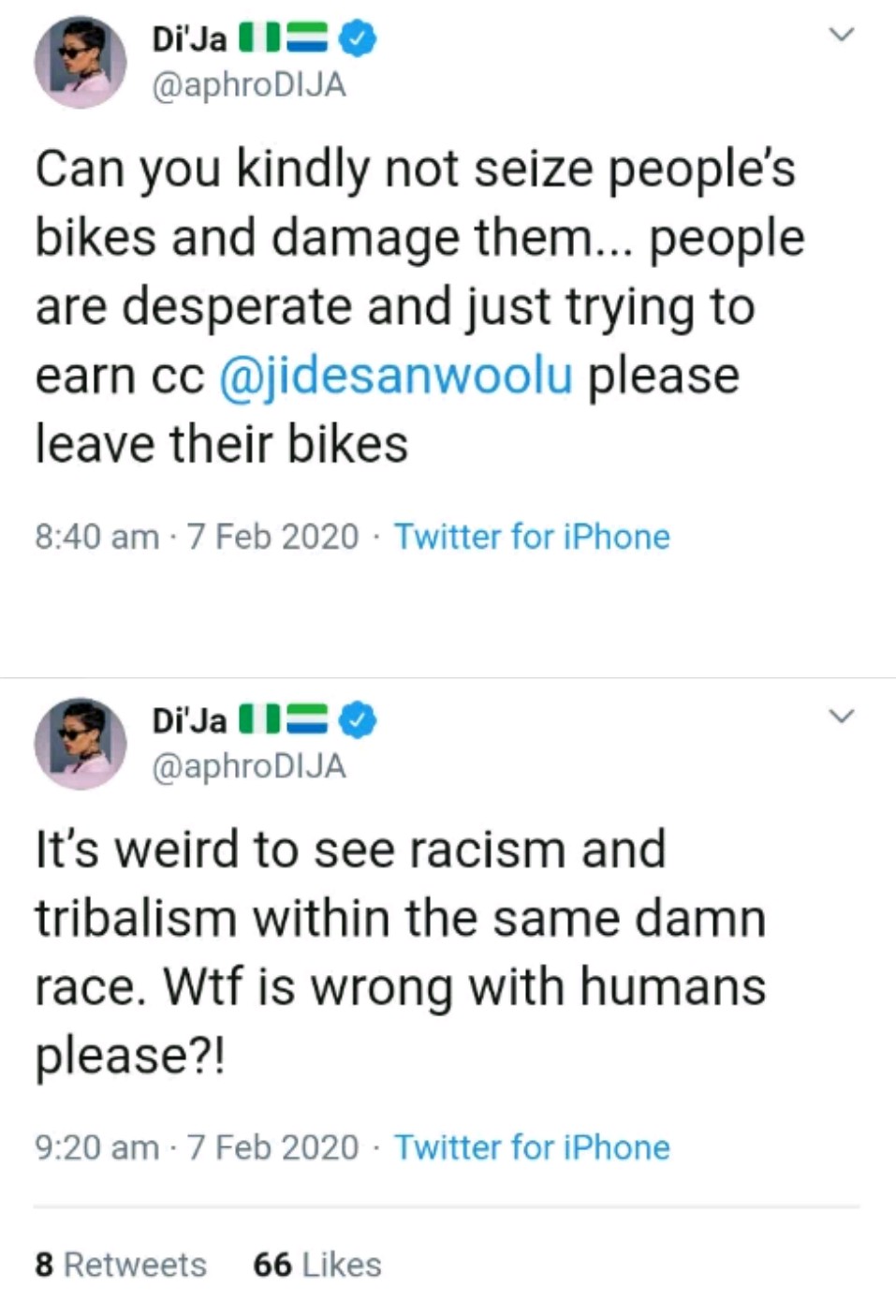