Lineal Heavyweight/Ring Magazine Boxing champion Tyson Fury and his opponent WBC heavyweight champion Deontay Wilder traded each other with threats and insults during a press conference in Los Angeles on Tuesday morning ahead of their February 22 rematch – billed as arguably the greatest heavyweight fight between a US and UK fighter in a decade. 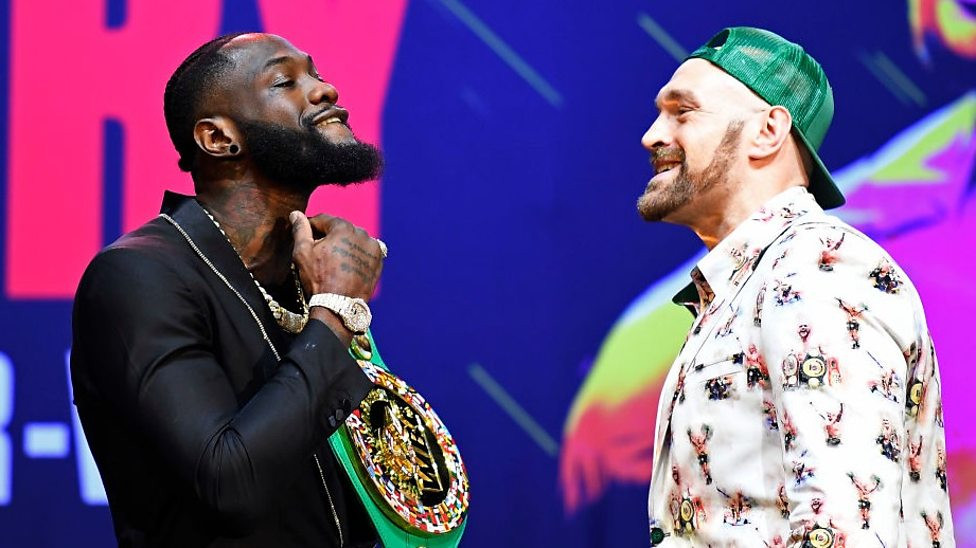 Their first bout in December 2018 ended in a controversial draw after Fury won majority of the rounds but was brought down twice to the ground by Wilder’s strong right hand punch, but after a year which has seen both fighters grow their brand, both undefeated fighters are now ready to go to war next month.

Wilder, after unsuccessfully trying to avoid doing a press conference with Fury for weeks, on Tuesday claimed he is going to rip Tyson Fury’s head off his body while Fury used swear words on him as the pair traded insults and threats.

After making their way onto the stage, and before the official press conference got underway, the pair squared up and started firing shots and each other.

Wilder: ‘You ever been to a baptism?’

Fury: ‘No but I’ll turn up for one when I baptise you, sucker.’

Wilder: ‘I said I’m going to baptise that ass.’

Fury: ‘At least you’re starting to listen to me now. You’re getting a bit of class with your suit on. Copying me with a suit are you? I’m giving you a bit of dress sense you sucker.’

Wilder: ‘How are you going to knock me out?’

Fury: ‘I’m going to hit you on the point of the chin then the legs are going to go.’

WBC reigning champion Wilder said: ‘When you have power, there’s no way around it.

‘You can’t prepare for it. I gave this man a concussion the first time, he doesn’t know how he went down or how he got up.

‘This is unfinished business that I will finish. I will knock him out. I’m the king of the jungle. I’ll rip his head off. I’ll knock him through the ropes.’

Fury responded saying: ‘You are going to sleep in two rounds. I keep having the same dream about round two.

‘I am playing poker and I get dealt the number two card. He is getting knocked out in round two, 100 per cent.