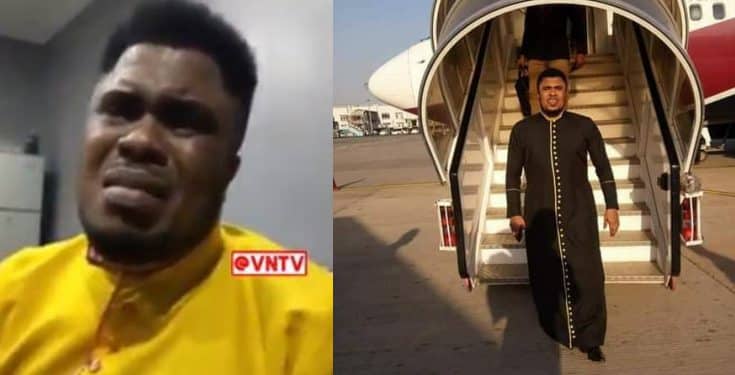 A popular prophet identified as Melody Adjija, who connived with some members of his church to allegedly stage fake miracles and healing, has been arrested in Warri. 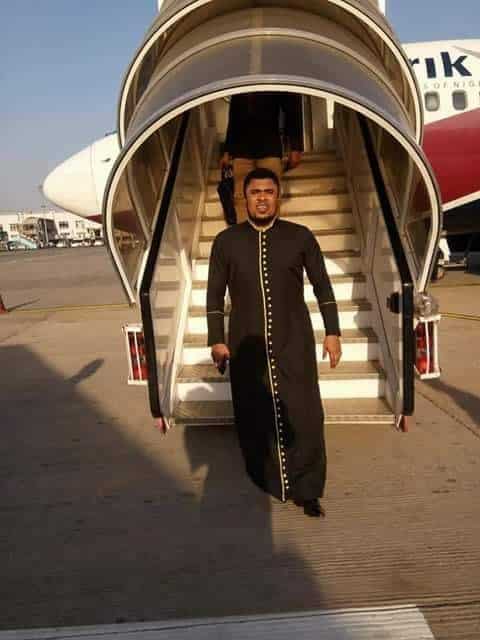 The news of his arrest was brought to light by a man identified as Otuendon Yemi who posted a video on his Facebook page of the alleged confession by the prophet and his accomplice.

“Jubilation as fearless police officer and divisional police officer(DPO)Ovwian/Aladja police division csp Eyoh Aniete arrest a fake Warri base pastor prophet Melody Adjija of Light way ministry who specializes in staging fake miracles,they shall all be exposed one by one.Kudos to the Kyari of Warri,we are fully with you sir.Slap them make them hear word.” 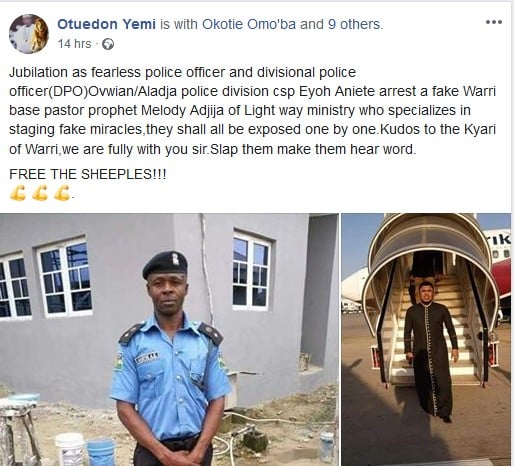