A Nigerian man identified as Nwiboko Chukwuka has advised unemployed Nigerian graduates to stop complaining as nobody owes them a job, including government. 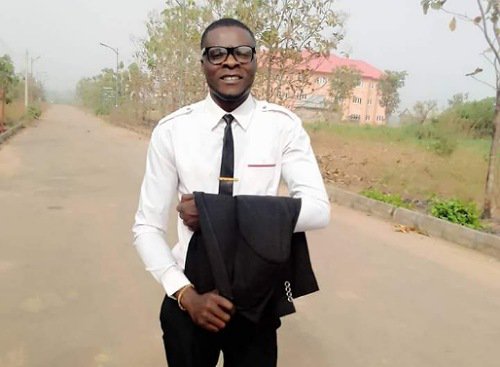 He made this known while reacting to news of a graduate from Katsina State who reportedly burnt all his school certificates over inability to get a job after several years of graduating.

According to Chukwuka, graduates have a degree and not a guarantee. He further advised them to go for skill acquisition and use the acquired knowledge become self employed.

Sharing his thoughts and ideas on Facebook, Nwiboko Chukwuka wrote…

Stop complaining that you have not got a job after many years. NOBODY owes you a job, including government, you have a degree, not a guarantee.
Rather than complain, go learn a useful physical skill and use it to employ yourself! You go to school to learn. You don’t go to school because you want a job.

Education is meant to empower you to employ yourself. 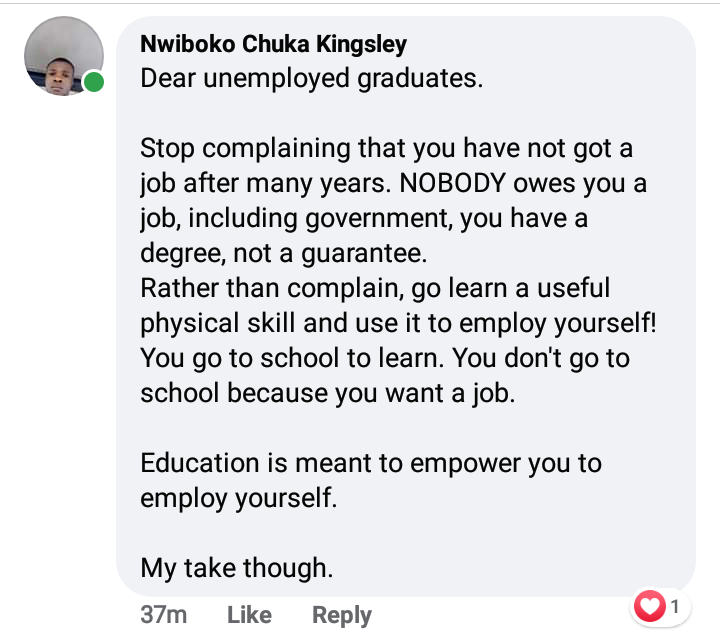