Davido’s PA, Israel DMW, has revealed why popular singer, Zlatan Ibile quit his friendship with Cuppy and blocked her on social media platforms.

Recall, Cuppy recently called out Zlatan for not talking to her anymore and blocking her on WhatsApp and Instagram.

When asked why he took such action against Cuppy during an interview, Zlatan denied knowing who DJ Cuppy is.

However, speaking on what caused the rift between the duo, Cuppy and Zlatan, Israel DMW referred to Cuppy as a “fake friend” while revealing that after their hit collabo, “gelato”, Cuppy didn’t give Zlatan a dime, and Zlatan had to cater for himself and his friends with his own money. 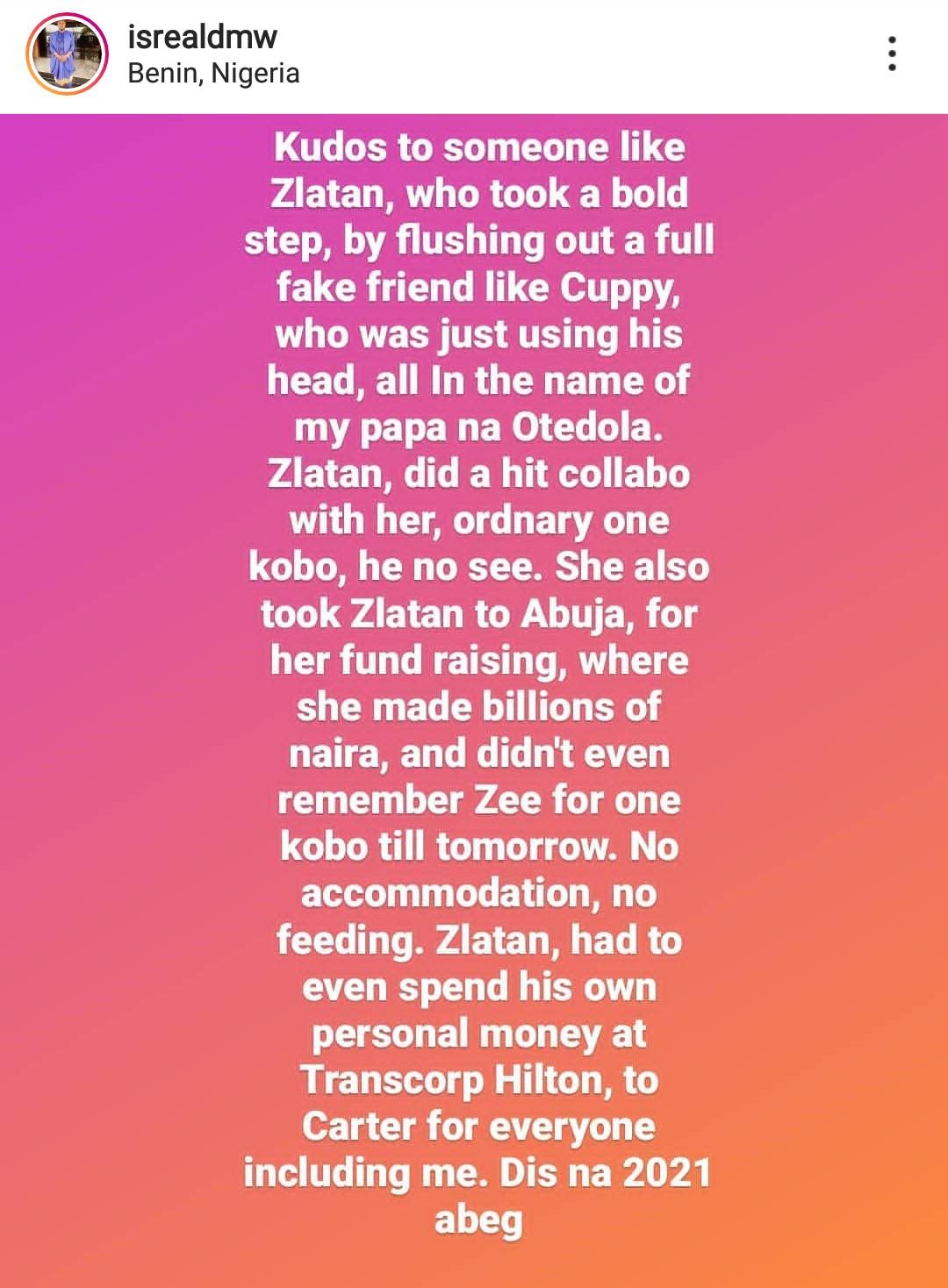