Larissa London, the alleged fourth baby mama of Davido Adeleke, debunks the insinuations of shading the relationship between the singer and one of his baby mamas, Chioma. 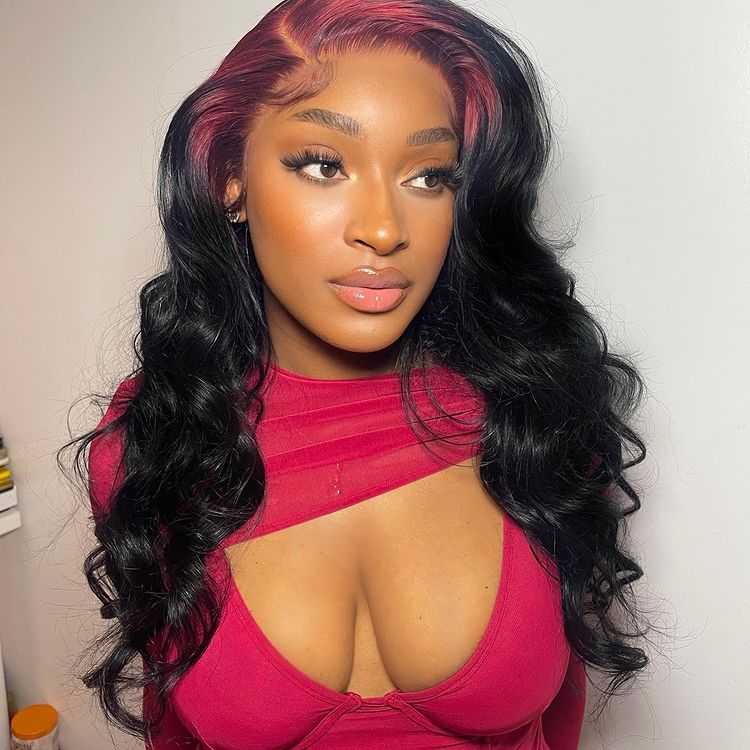 Larissa had taken to her Instastory a while ago to repost a quote that reads, “not all relationships will lead to marriage, some will help you discover new restaurants.”

This was, however, misunderstood as a subtle shade to Chef Chioma Rowland who is going through a hard time with Davido amidst the failed promise of marriage. 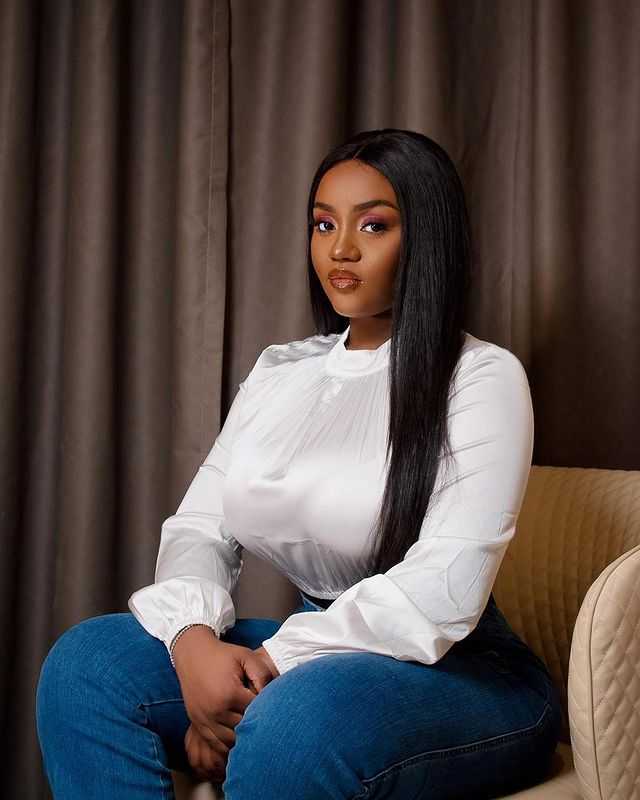 Clearing herself, Larissa stated that the quote was completely misunderstood as it was a repost from a cooking page that she follows.

“You guys keep asking me this, at first, I was confused. The answer is No. It wasn’t a diss at all. the blogs made it seem that way. It’s simply a repost from Janice cooking page, many of us have discovered new restaurants by going on dates. Duh! IMO shading is for cowards,” she wrote. 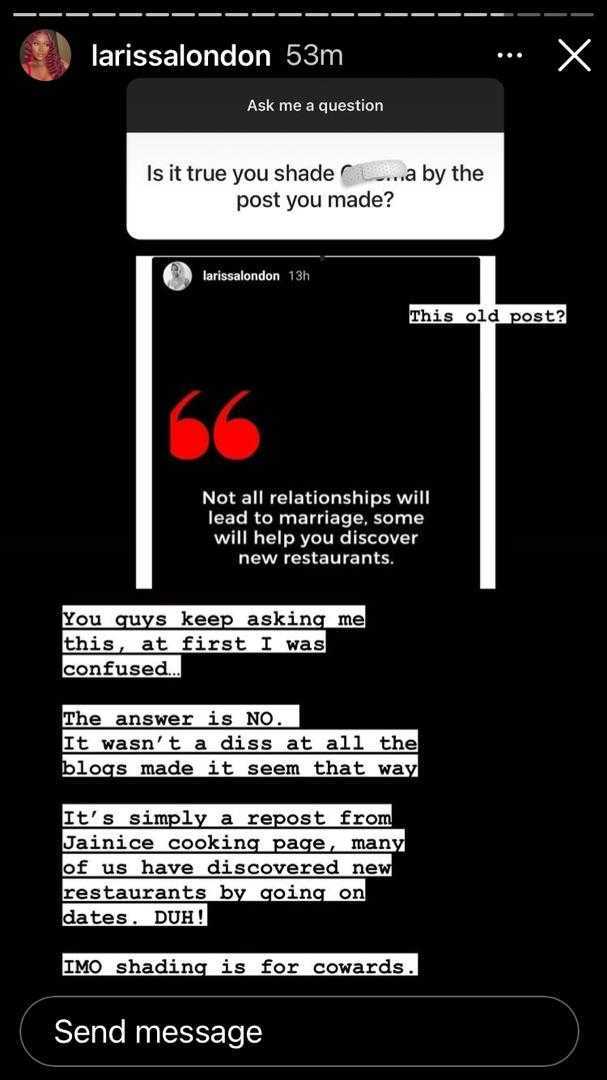