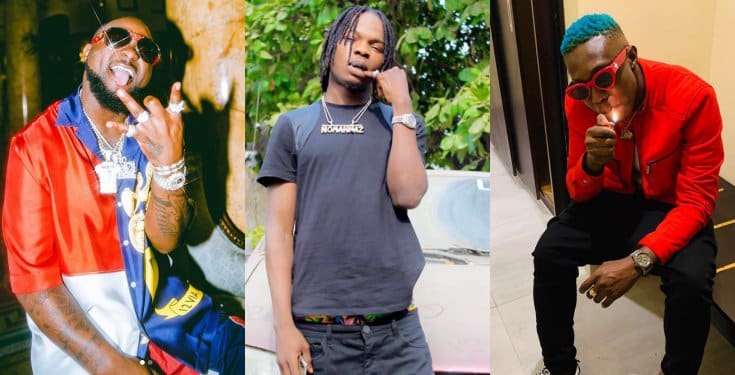 Davido has un-followed Zlatan Ibile on Instagram after it was alleged that he never got involved in the release of the rapper from EFCC custody. A check on the singer’s page indicated that he is no longer following Zlatan. 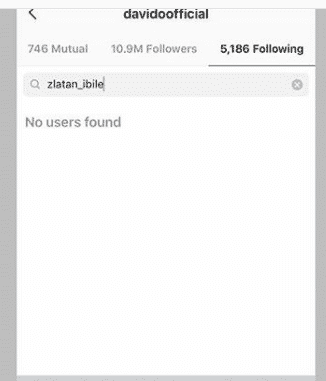 Another check showed that a  photo of Zlatan uploaded on his page, has been deleted.

In the deleted post, Davido expressed utmost joy over the release of Zlatan Ibile from the custody of the Economic and Financial Crimes Commission, EFCC. 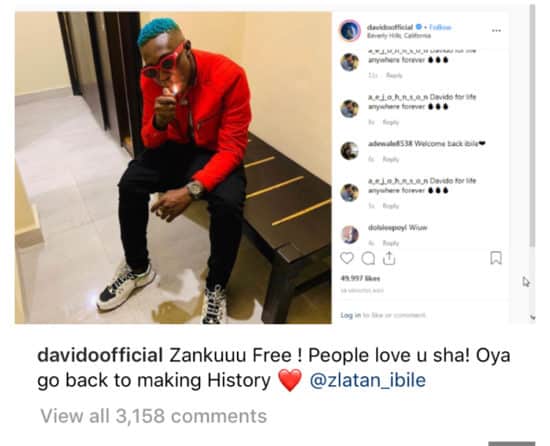 Reports although have it that the pop star secured the service of a Senior Advocate of Nigeria who helped in securing the bail of the rapper and Ramon Jago, but Naira Marley was left in custody of the anti-graft agency.