DMW boss, Davido has slammed those who went to (Psquare) Peter and Paul Okoye’s birthday separately. 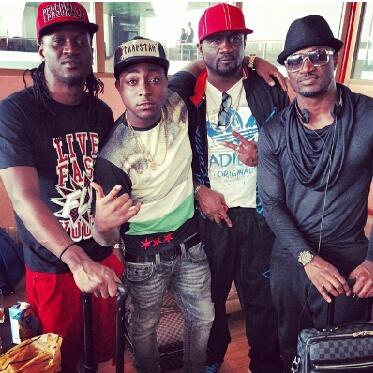 According to the ‘IF’ singer, he is  angry because they are twins and it is not supposed to be that way.

He also revealed that it is not his business but that it hurts him to see the brothers that way. Read below as he tweeted;

“Y’all niggas that wen to Peter and Paul’s bday separately y’all pussy as fuck!! Them niggas is TWINS !! Not my business but Shit hurts I’m angry Walai”

Peter and Paul celebrated their 40th birthday on Wednesday, November 19th, and they had separate parties with family and friends. 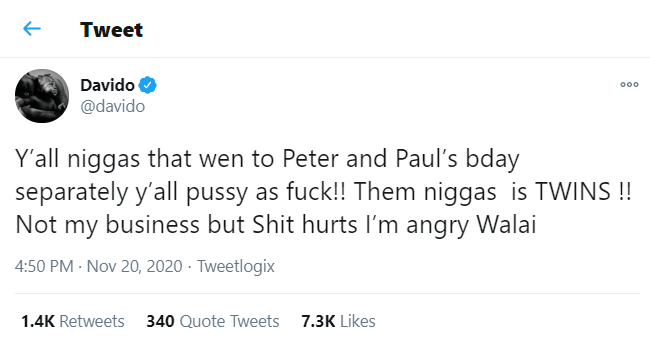