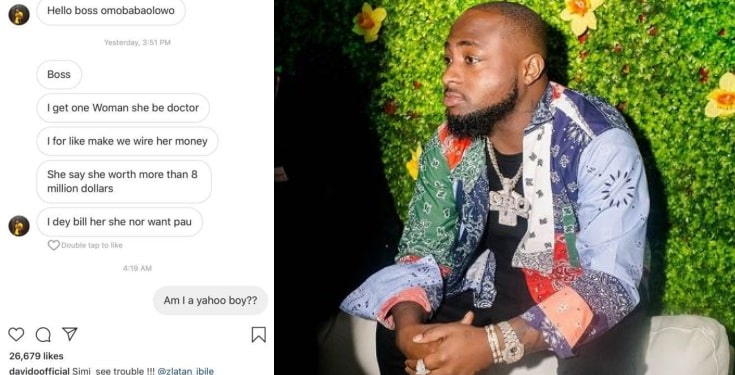 DMW Boss, Davido took to social media to share screenshot of a message he received from a internet fraudster. In screenshot of the message, the young man told him about a doctor based in abroad who worth more than 8 million dollars.

He pleaded with Davido to use his popularity to help wire her money because he is billing her and she doesn’t want to pay.

Davido responded by asking if he is a yahoo boy.

He then tagged musicians, Naira Marley and Zlatan Ibile who have openly supported online fraud.

See the screenshot below; 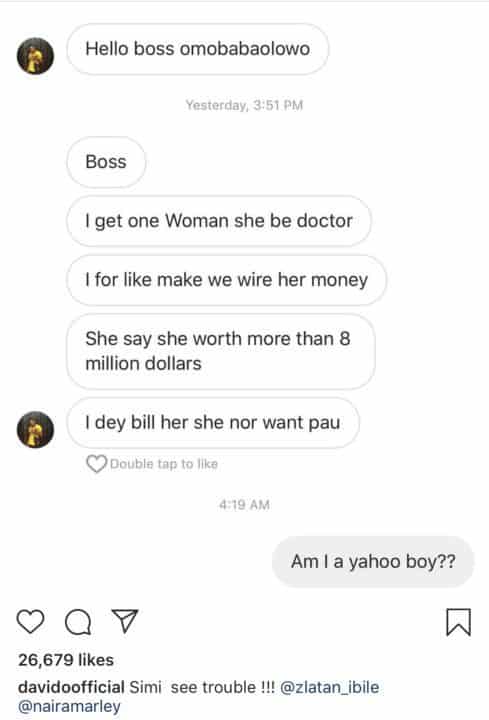