Singer Davido is keeping to his word after he gave Chioma ‘Assurance’ in May last year despite having two babymamas. He has commenced plans to tie the knot with her.

Davido  and his family visited the family of his long time girlfriend, Chioma for a proper Introduction after the duo got engaged lowkey.

He posted a group photo, captioned the photo “First of all Introduction” with wedding and champagne emoji at the end. 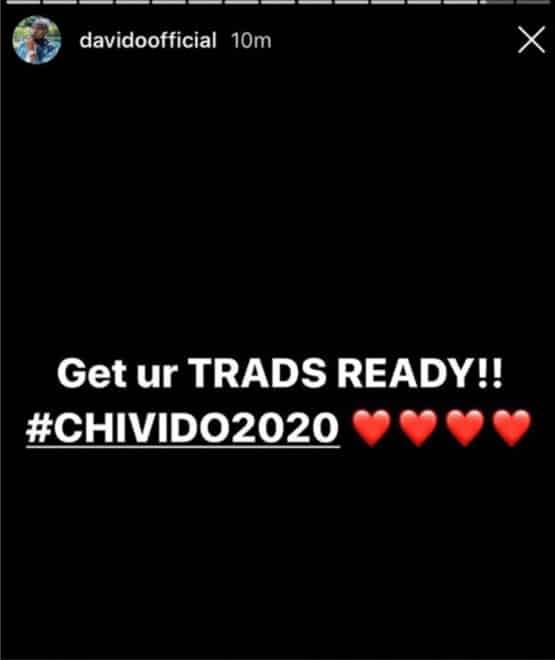 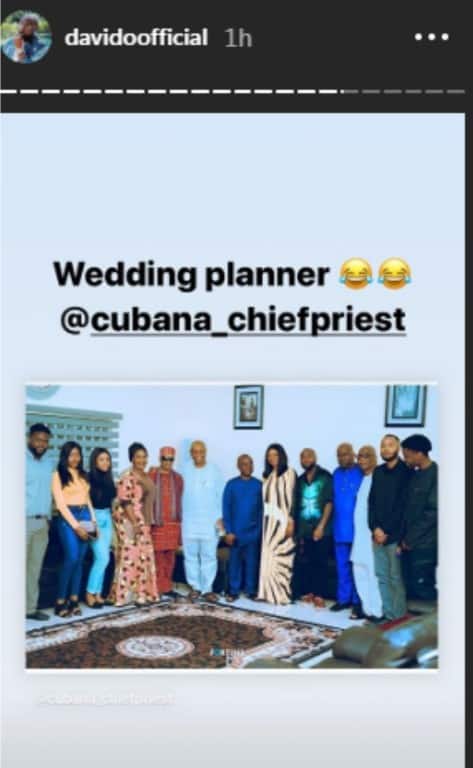 Davido’s elder brother, Adewale Adeleke who is also engaged confirmed the news as he took to Instagram to congratulate the couple while stating that the main wedding will hold in 2020.

”So happy! Love you both @thechefchi @davido official #chivido2020” he wrote

Fans and wish wishers have since taken to both Davido and Chioma’s IG pages to send their congratulatory messages, and amongst them is club manager, Cubanna Chief Priest who stated that the wedding will be the ”biggest wedding in Africa”

Owerri ANTICIPATE We Are Gonna Have The Biggest N Best Wedding Ever In Africa, Our Sister @thechefchi Is Bringing Home A Young Legend @davidoofficial When Yourba?? Go Dey Marry Igbo?? Na So E Suppose Dey Be, My Darling In-laws The YourbaDemons?? I Go ShutDown SouthEast?? For Una, We Love You Guys ” he wrote