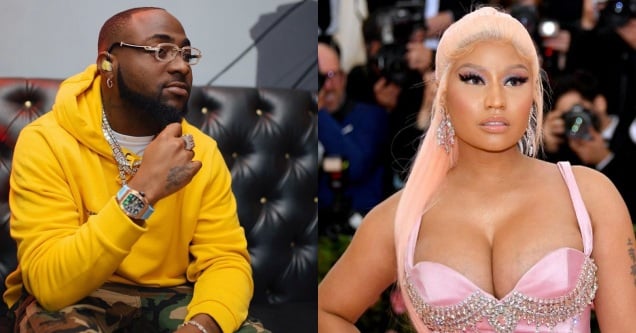 Nigerian pop superstar, Davido revealed that he has recorded a song with Nicki Minaj.

Davido made the revelation in a tweet. The singer made the announcement and also thanked Nicki Minaj for the feature.

He also announced that Speroach Beats produced the tune.

Davido also announced a new surprise new album. The title is “A Better Time”. According to him, the release month is set for July 2o2o. His last album “A good time” was released on his last birthday 22 November 2019.

We eagerly await the new song.