Singer, Davido has responded to a plea by sensational rapper, MI Abaga for a collaboration with him on a hit song. 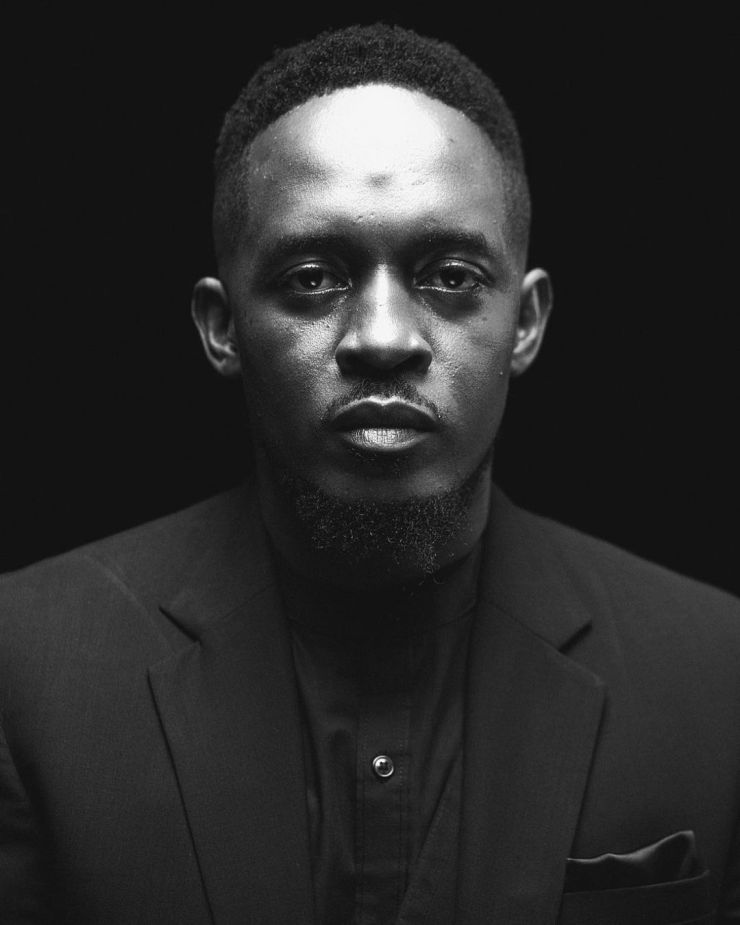 MI Abaga took to his Twitter account on Wednesday, to ask for a collaboration while responding to Davido’s tweet requesting money from those he had blessed with hit songs.

As of Wednesday night, Davido had received over N130 million naira from his friends, fans and colleagues. 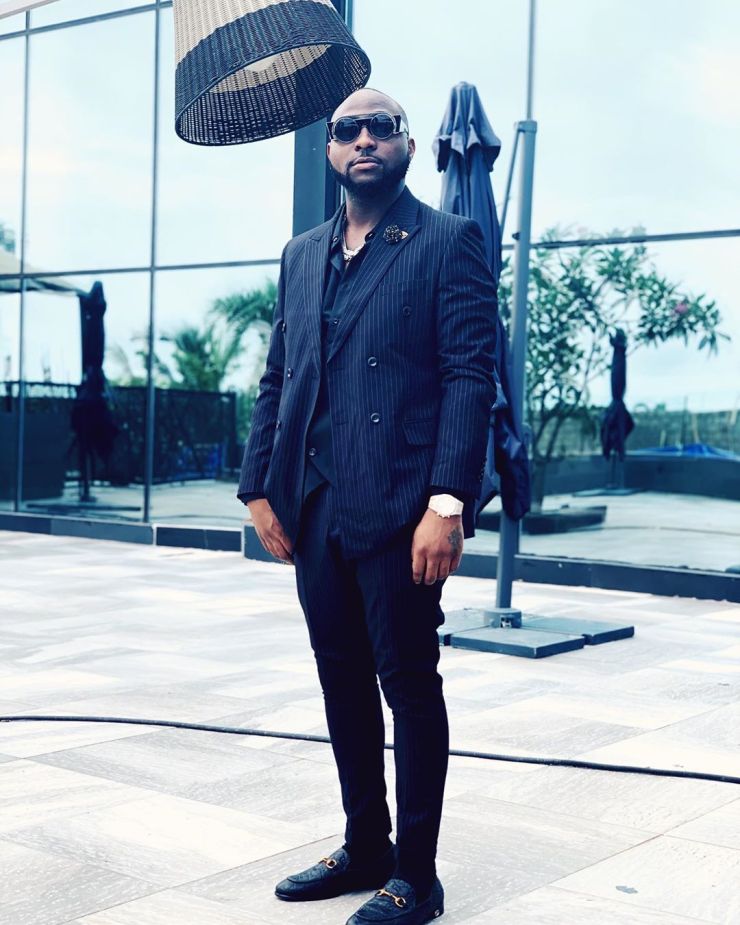 MI Abaga, who also gifted the ”FEM” crooner N1M, quoted the singer’s tweet and shared a receipt of the money he sent.

“You people that got a hit song from David know say it’s worth way more! I want my own hit song with Davido.”

“Can I send mine to get a hit song as well!? Album de load.” 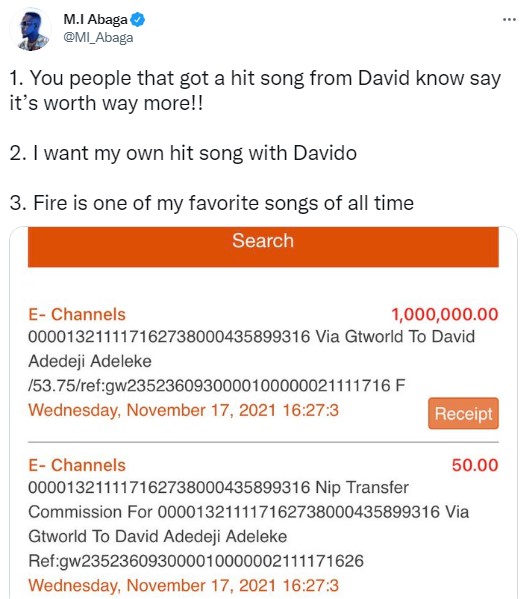 However, while reacting to MI Abaga’s request on the social micro-blogging platform, Davido responded favorably, writing; 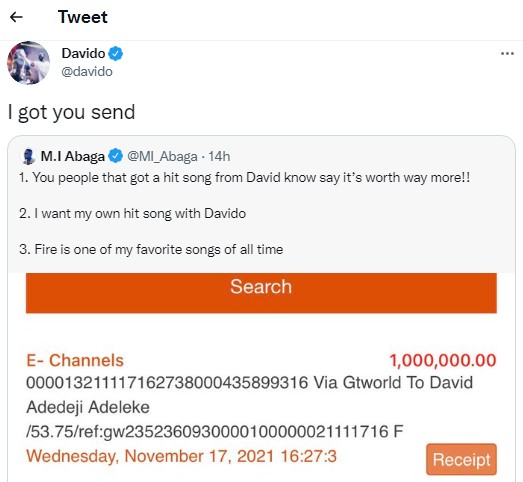