Singer Davido was pictured with his hands on his fiancee Chioma’s breast at his brother HKN’s wedding in Dubai. The singer playfully stuck his tongue out as Chioma leaned into him and he placed his hands on her bosom.

The couple flew first class with their son, Ifeanyi, to dubai for the wedding. 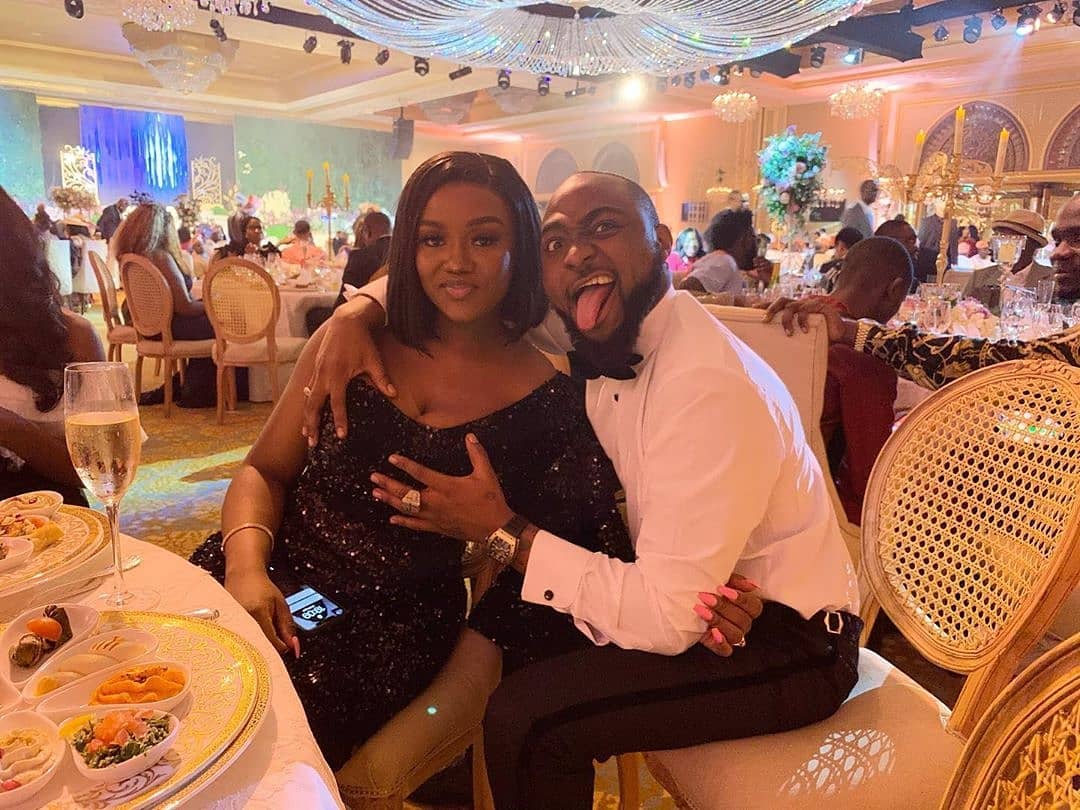 The previews weeks had been with serious bitter experience for the DMW boss as there were allegations his fiancee Chioma used to be Peruzzi’s girlfriend and he allegedly pimped her to Davido under the guise she was his cousin.

It appeared to be some sort of publicity stunts, some social media users belief.

The singer had in 2019 announced he is getting married to Chioma this year and from the look of things, it appears nothing would change the plan as they had already had their family introduction.