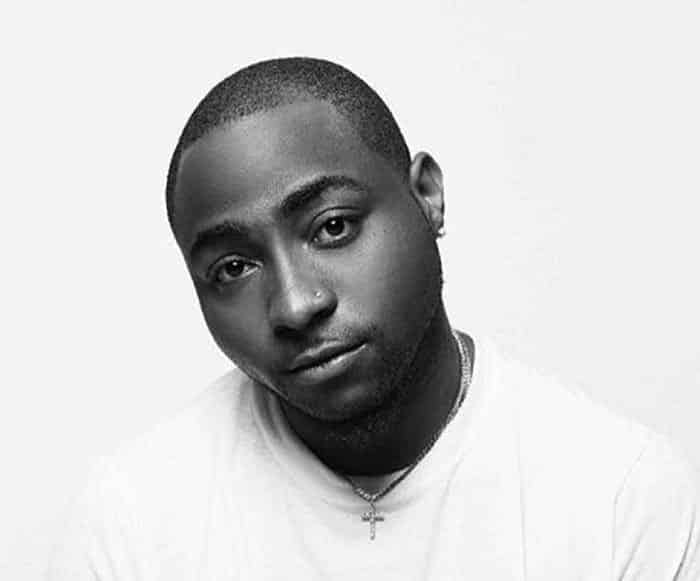 Popular Singer, Davido has confirmed that he was a piano lesson student to popular music producer, Sunday Ginikachukwu Nweke popularly known as Masterkraft.

Music Journalist, Ovie O had revealed this on Twitter when Bev Gooden asked users to share their most random music fact.

“Masterkraft was Davido’s piano lesson teacher when he was a kid.”

Reacting to this, the “Risky” crooner retweeted the music journalist’s tweet with the word; “Facts”.

see the tweets below; 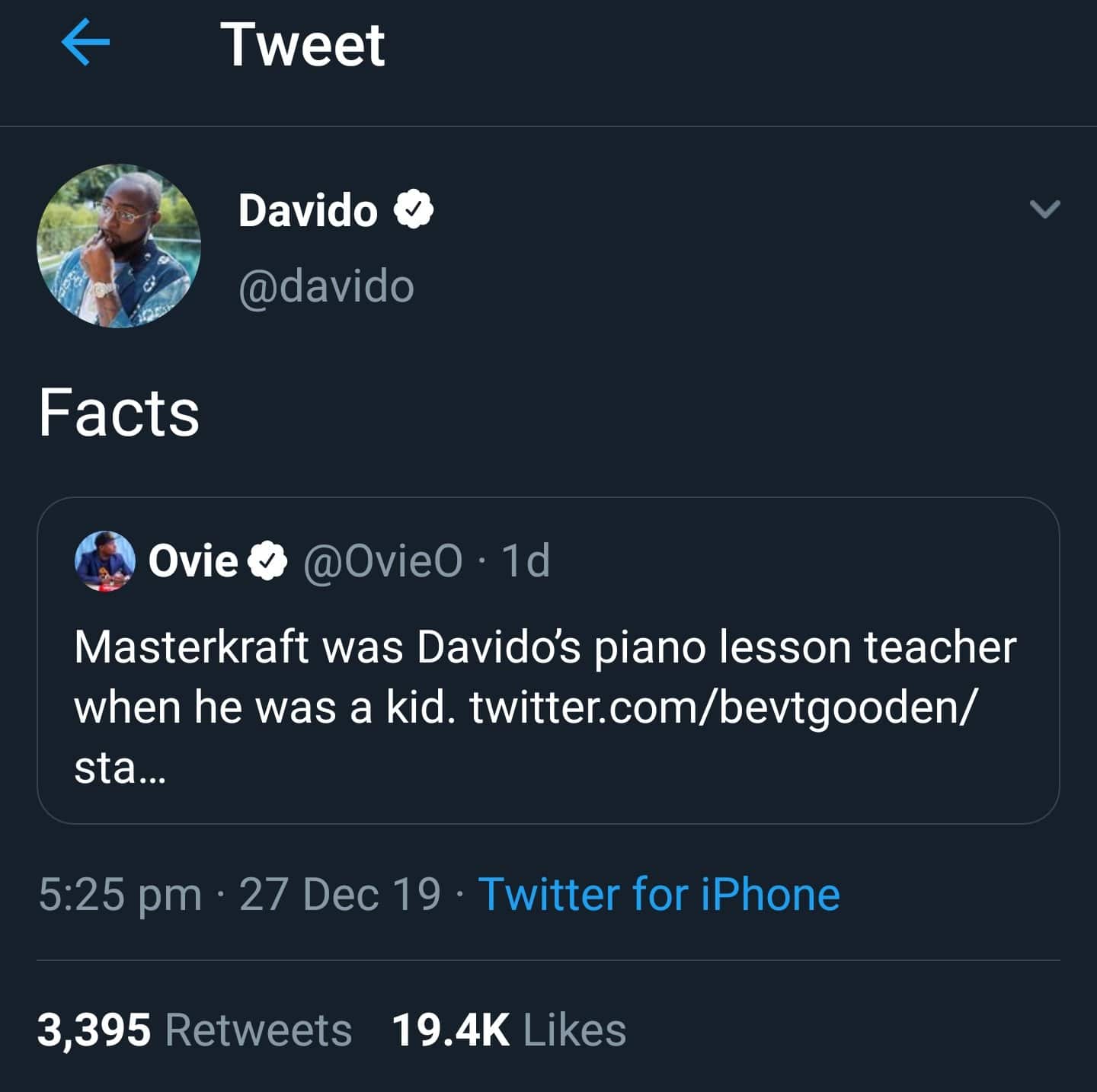