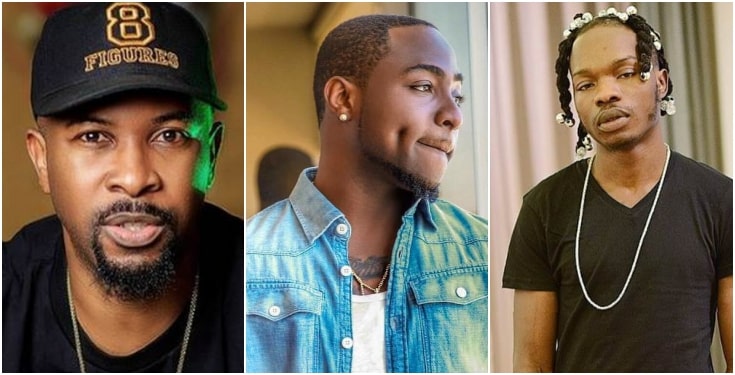 Davido has called on veteran rapper and activist, Ruggedman and upcoming act, Naira Marley to sheath their swords as they have been on each other’s throat over Naira Marley’s endorsement of internet fraud while Ruggedman condemned him on his stance.

The star took to Instagram in a series of videos to tell the duo to end their feud.

Davido begged Naira Marley and Ruggedman to make peace over their different stands on yahoo boys, which has now turned into a major beef.

Davido says to the embittered rappers to let love lead.

If you recall,the problem started when Naira Marley openly defended “yahoo” internet fraud by revealing it was a payback for slave trade.

Rugged man then called him out in an interview while condemning fraud.

Naira Marley then recorded a video slamming Ruggedman and saying his time has expired.