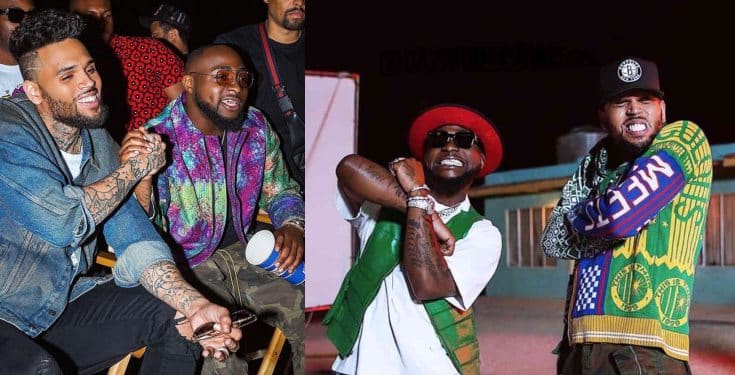 Nigerian singer, Davido has announced that he would be dropping a new song which would feature American R&B superstar, Chris Brown yet again.

The singer who is all but set to drop his sophomore album in October made this revelation through his social media pages which has sent fans into a frenzy and in high anticipation.

Both artistes had dropped smash hit single, “Blow My Mind” not too long ago

The song has been doing massively well on the continent and as well gaining some momentum in North America.

ALSO READ:   Davido has a message for single men

Just when fans are beginning to get a grip, the multiple award-winning singer announces another record to drop.

‘Being a mother, I eat the food my daughter pee on with joy’ – Gifty Powers