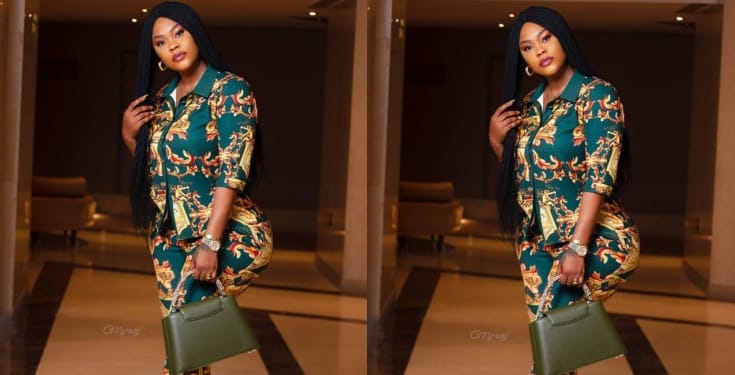 Nollywood actress, Daniella Okeke is being accused by her fans on social media who think she photoshopped her butt to make it look ‘extremely bigger’ in this new photo she shared. 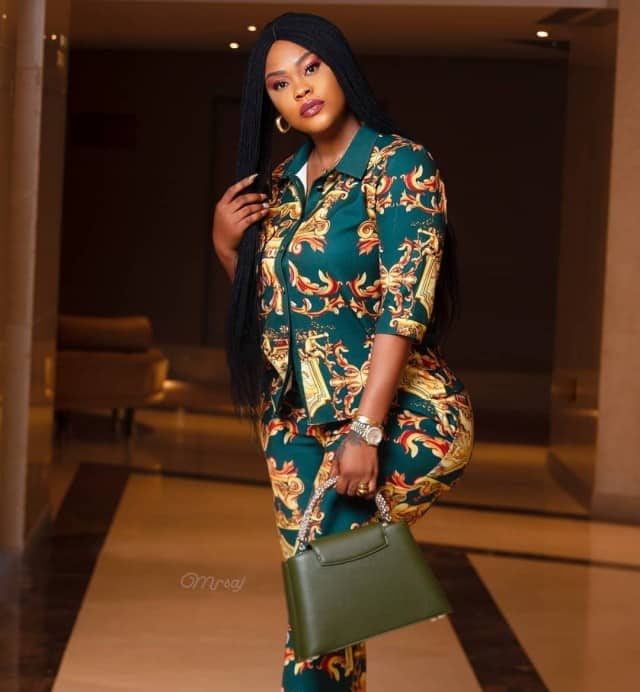 The actress shared a photo on her Instagram page, with the caption;

“You have to make that move that scares the hell out of you sometimes.. there is alot of amazing things on the other side of fear.. You just have to take that risk.”

However, while most of the fans are praising Daniella for her king-sized backside, some actually accused her of photoshopping.

See their comments below; 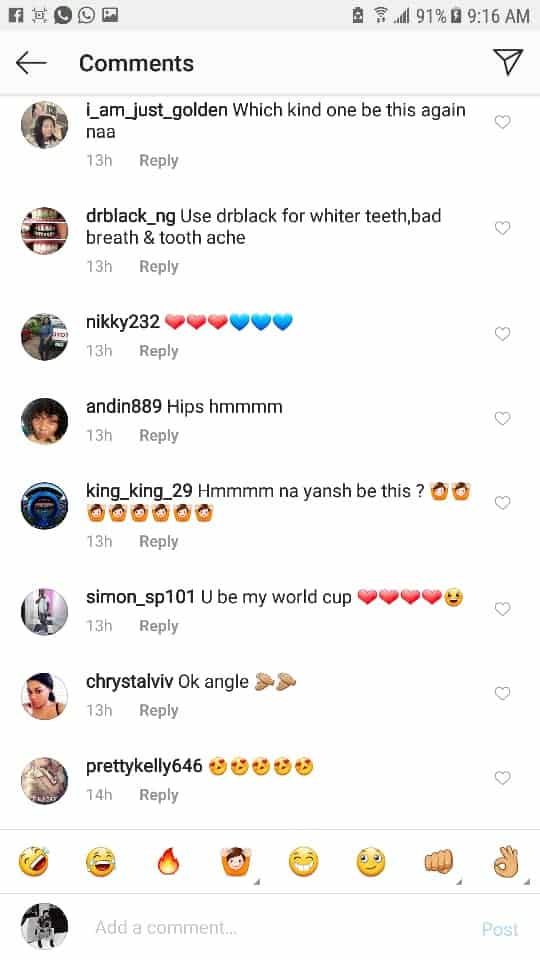 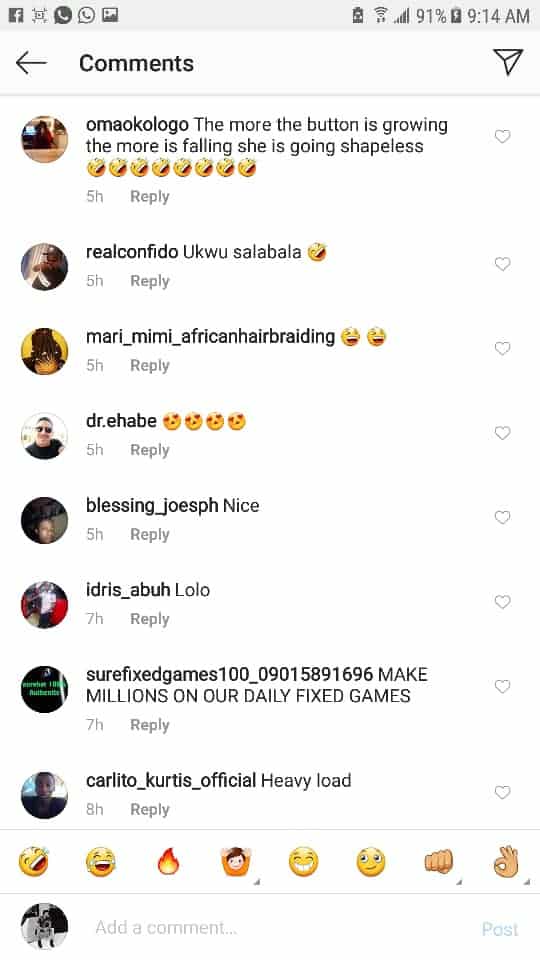 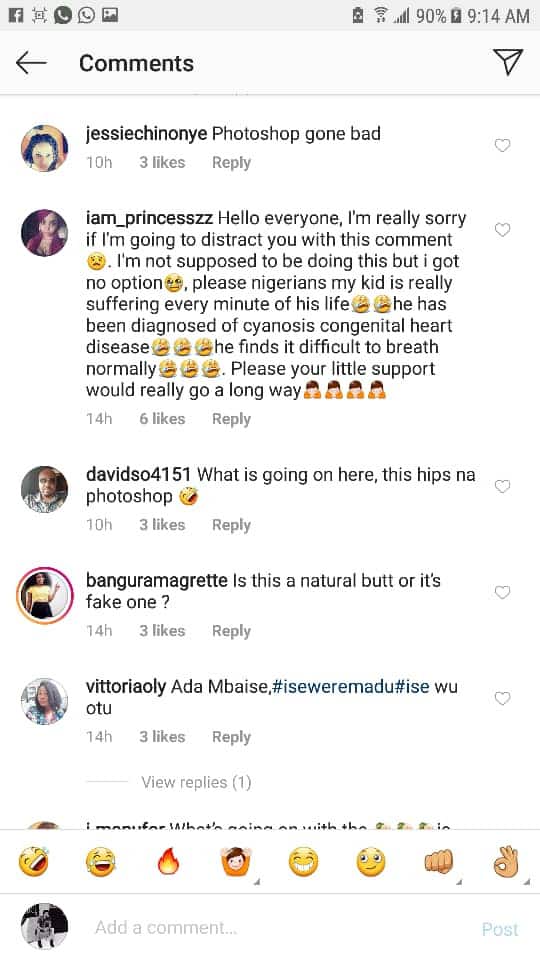 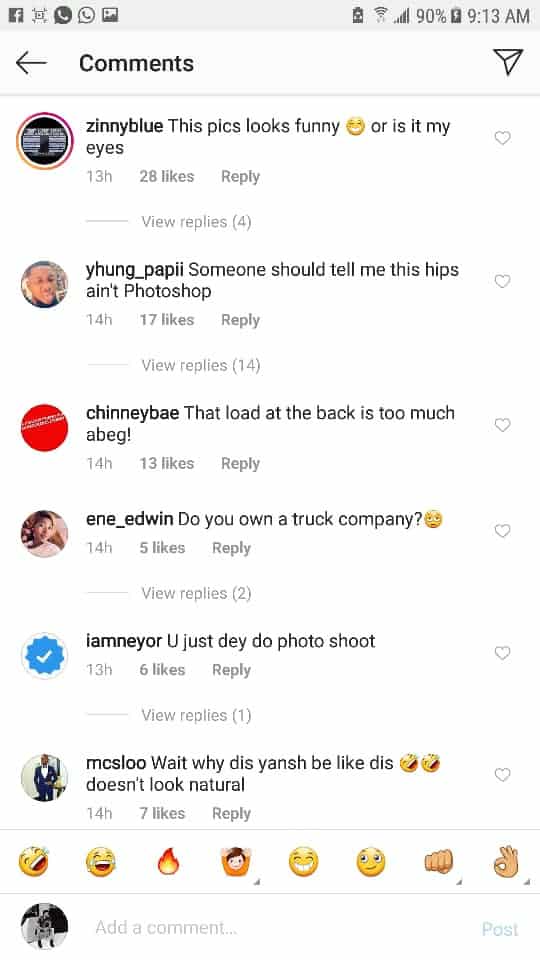 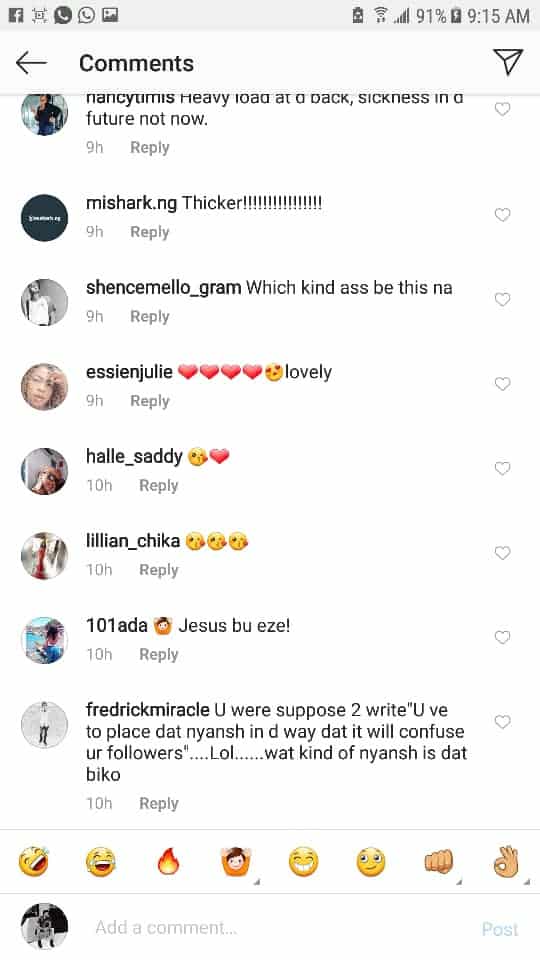 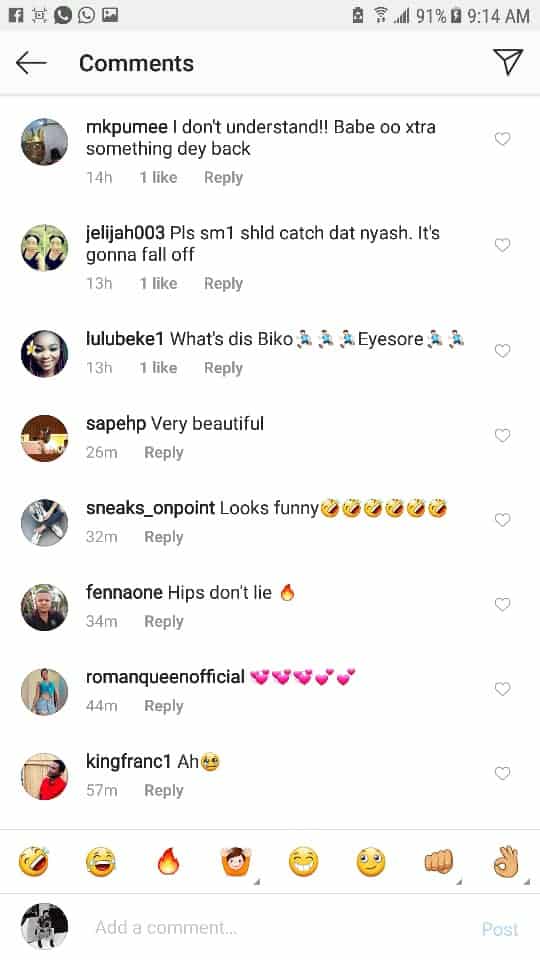 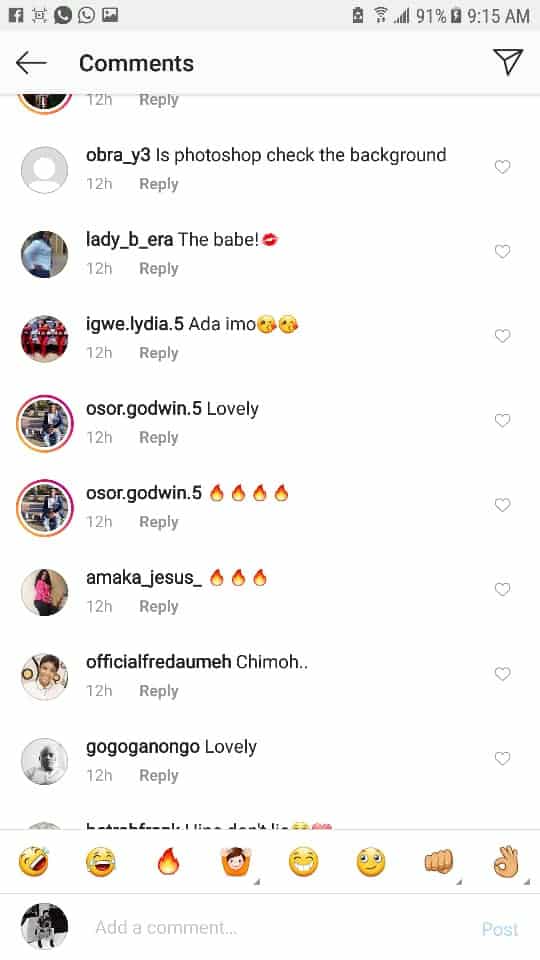 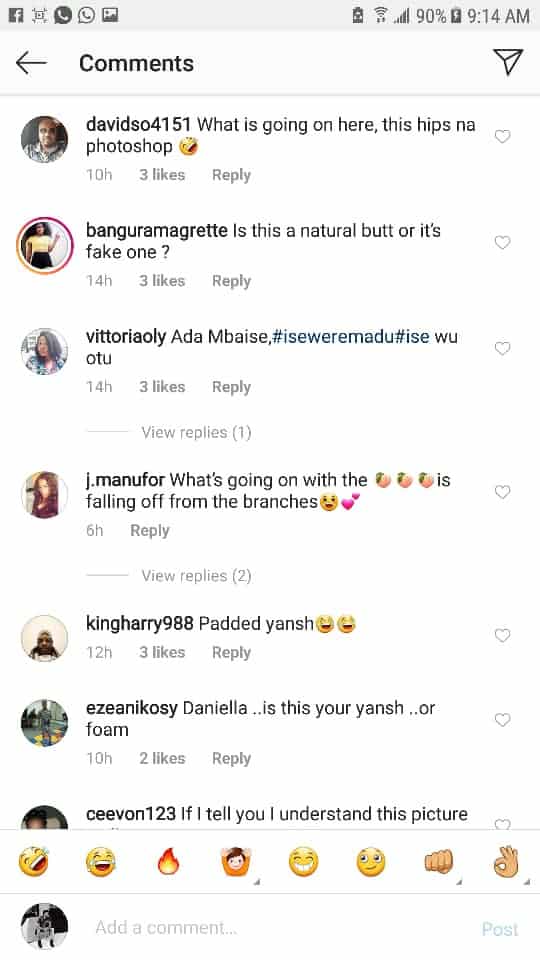