Online reports making the rounds on the internet have claimed that Nigerian singer Slim Case had contacted Cynthia Morgan for a collaboration but she in turn told him that she is no longer into secular (worldly) music. 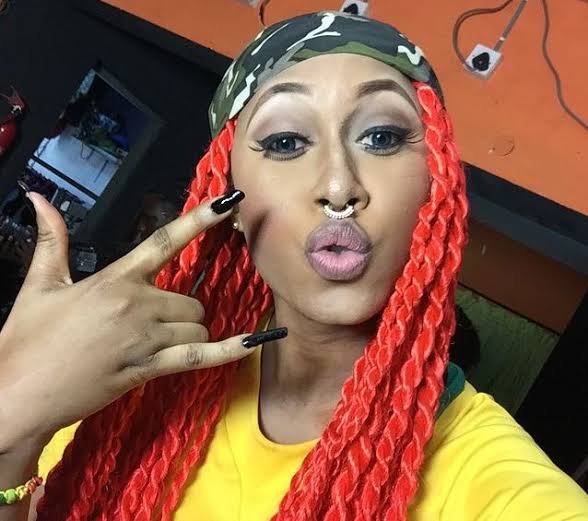 According to the alleged conversation posted by GossipMill, Cynthia Morgan after rejecting to feature in the remix told Slim Case that she is now into gospel songs only. 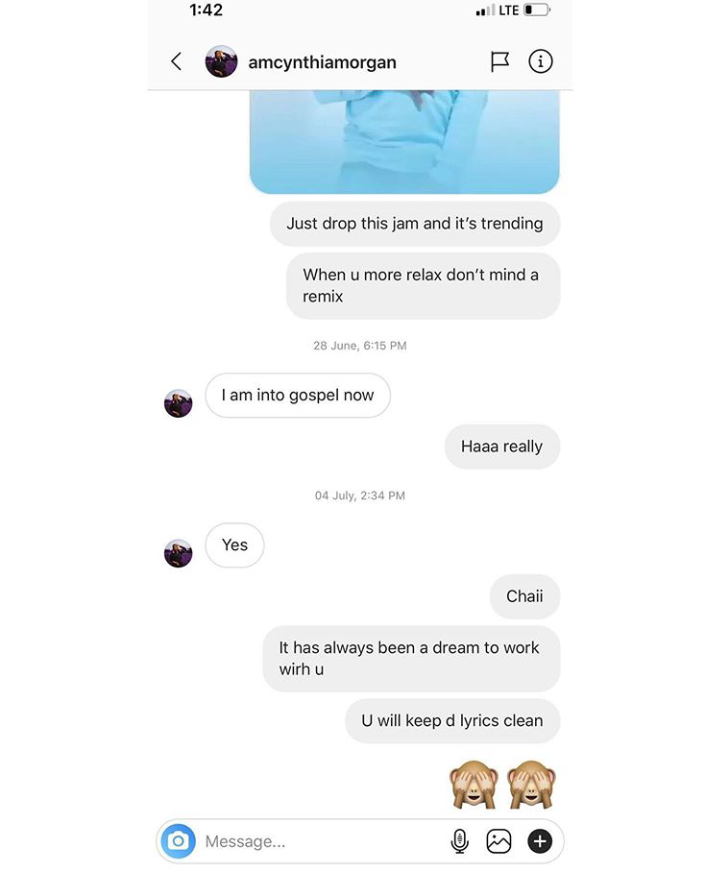 Slim Case then said it has always been his dream to feature Cynthia Morgan in hos song. 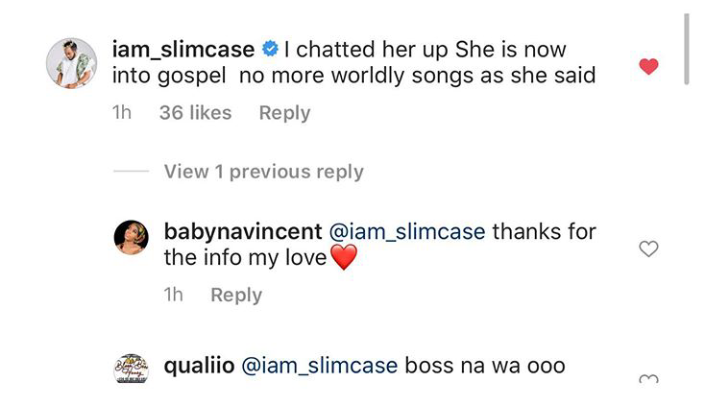 However, a quick visit to Cynthia Morgan’s Instagram page showed that she has deleted every post and has left her page blank, probably set to begin a new chapter. 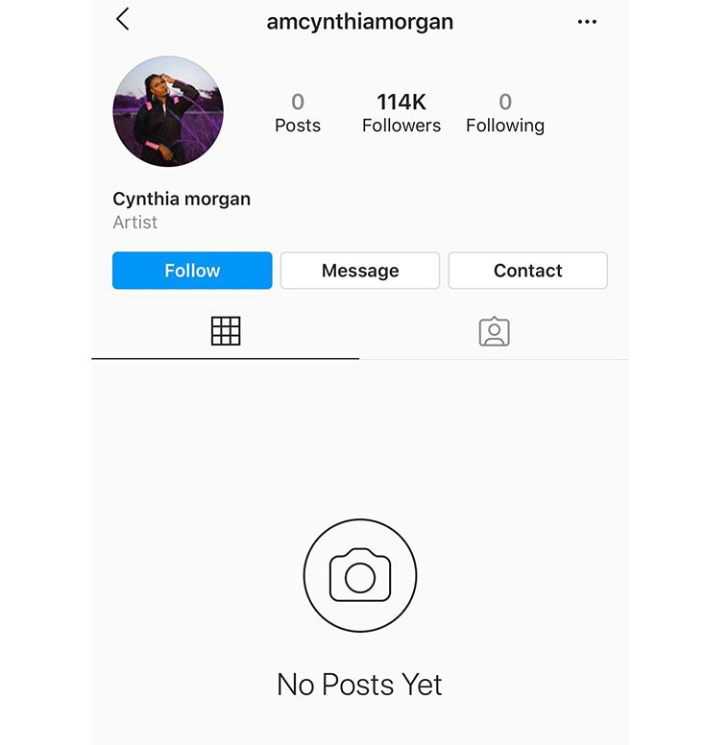 Meanwhile, as at the time of filing this report, no related post could be seen on Slim Cases’s page, but some online sources who claimed to have seen the post have alleged he posted and deleted few moments later.