Crossdresser, James Brown has called out the popular singer, Davido for blocking him on social media platforms while appreciating his Lesbian, Gay, Bisexual, Transgender and Queer (LGBTQ) fans abroad. 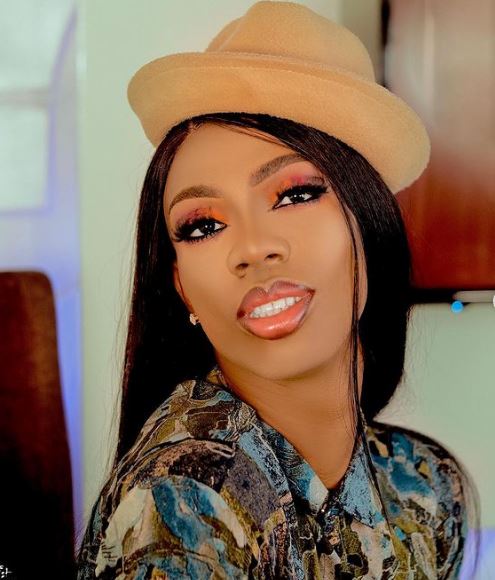 James Brown who took to his Instagram page to lament via an Instastory session he launched recalled how he idolized him during his early days of fame, yet he got nothing in return instead, he was blocked by Davido for no tangible reason.

James Brown who expressed how displeased he is with this, noted that he is disturbed because he is a big fan of the crooner. 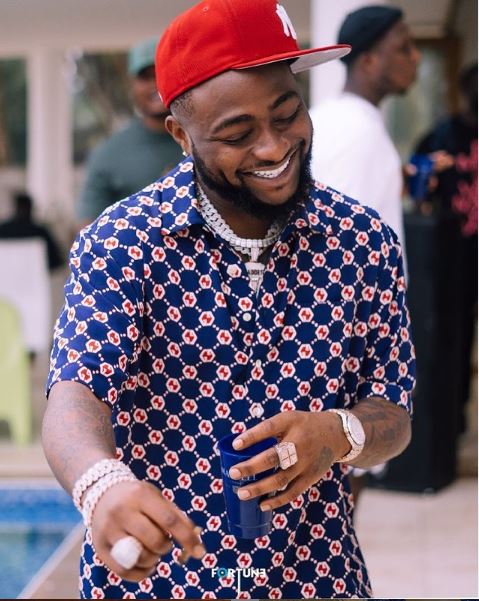 He also claimed that Davido would definitely be appreciating some of his fans who belong to the rainbow colour group, but tossed him aside. 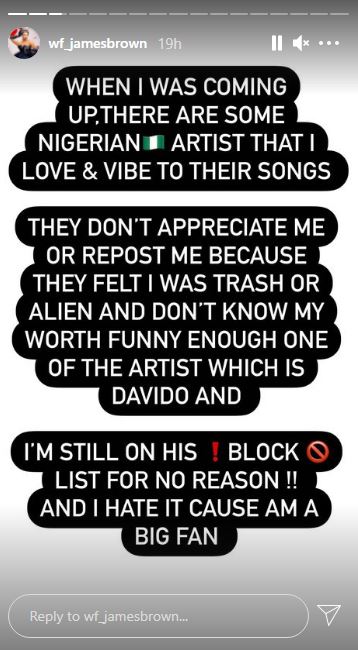 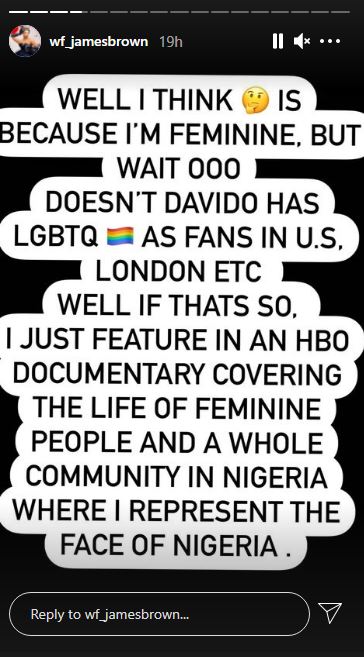