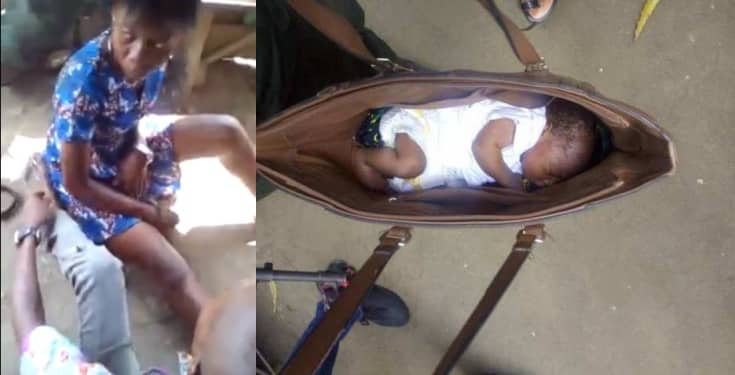 A couple believed to be kidnappers, escaped being lynched by a mob in Port harcourt, Rivers State after they were apprehended with a stolen baby hidden inside the wife’s bag recently. 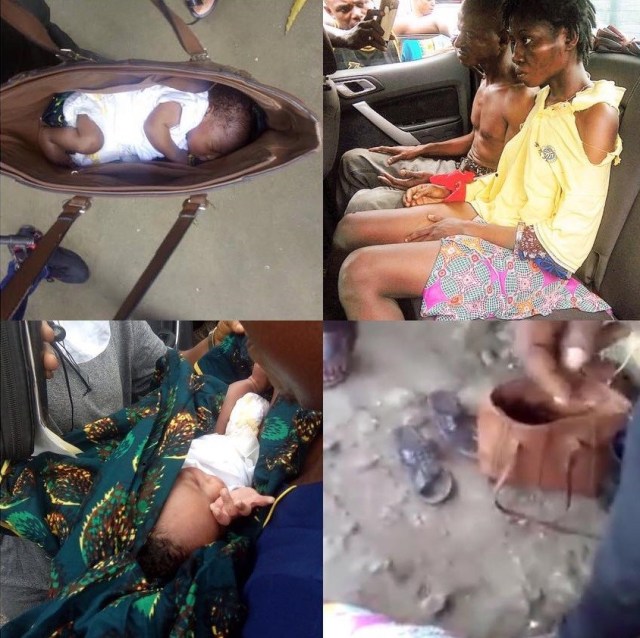 The couple were apprehended during a stop and search operation by police officers in the state. They are currently in police custody and are being interrogated at the police command headquarters.

The couple were almost mobbed by the angry crowd which converged at the scene after an alarm was raised.

The suspected child thief was intercepted by Federal highway police officers who rescued them from the crowd and whisked them away to the station for further investigation.

The current condition of the baby is yet to be ascertained as at the time of filing this report.