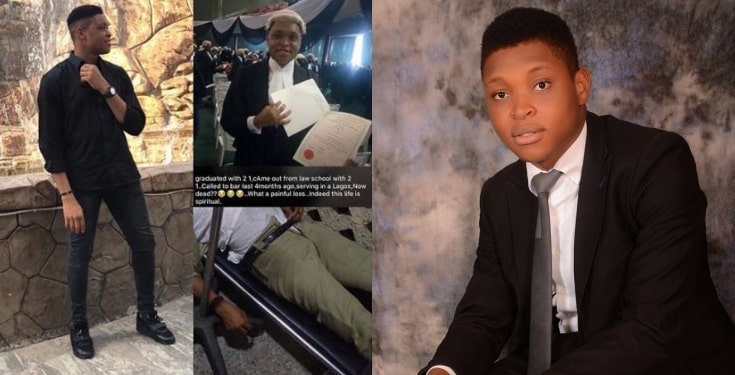 Akhigbe Nuel Odiase, a Law graduate of Ambrose Ali University, Ekpoma in Edo State has died after falling from a moving Danfo bus along the LASU -Isheri road in Lagos.

The incident happened around 9:45pm on Monday and he was immediately rushed to the Alimosho General hospital, Igando, where he was referred to LASUTH. However, he died hours later.

According to his colleague, he had a 2.1 in school and also a similar result in the law school. 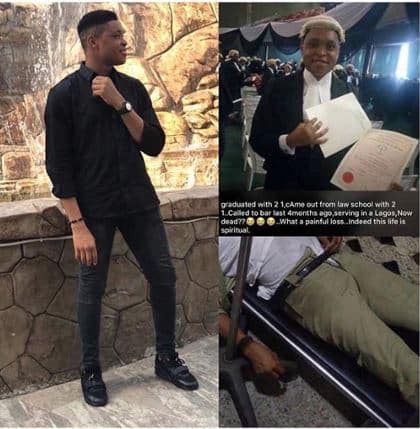