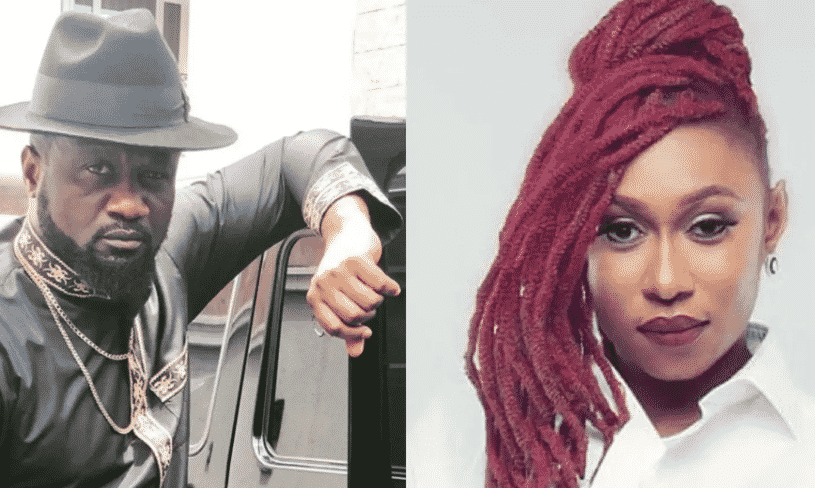 A copy of the contract was sent to Tunde Ednut by Jude Okoye, in response to the allegations made against him by Cynthia Morgan.

Recall that Cynthia who now goes by the stage name Madrina alleged that she was not allowed to use her stage name and that she no longer had access to her social media accounts following her exit from Jude Okoye’s Northside Records.

She also claimed that she lost all she had, including her name, VEVO account, and royalties after they had some issues centering on her contract.

In an Instagram live chat with Tunde Ednut, Jude stated that he doesn’t have the right to take Cynthia Morgan’s name because it is her birth name.

He also explained that Cynthia Morgan, who has been free since 2017, changed her name to ‘Madrina’ while still signed to his record label.

He further stated that he paid Cynthia Morgan’s house rent, bought her a Range Rover and even gave her money to buy a land for her mother in Benin.

Check out the contract below as signed by both parties in 2013. 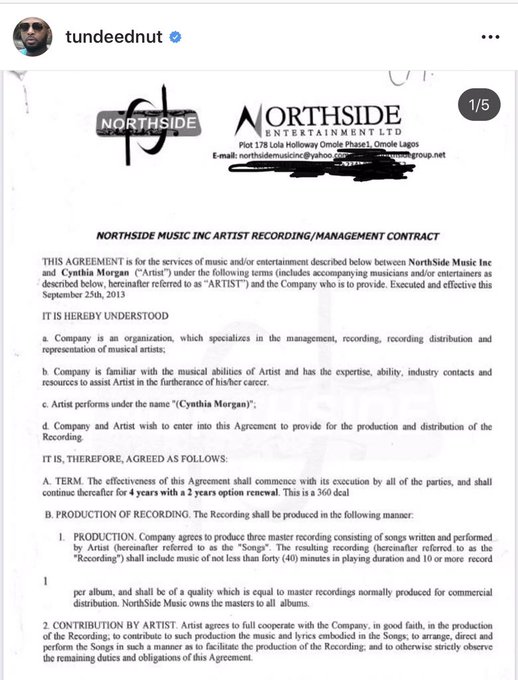 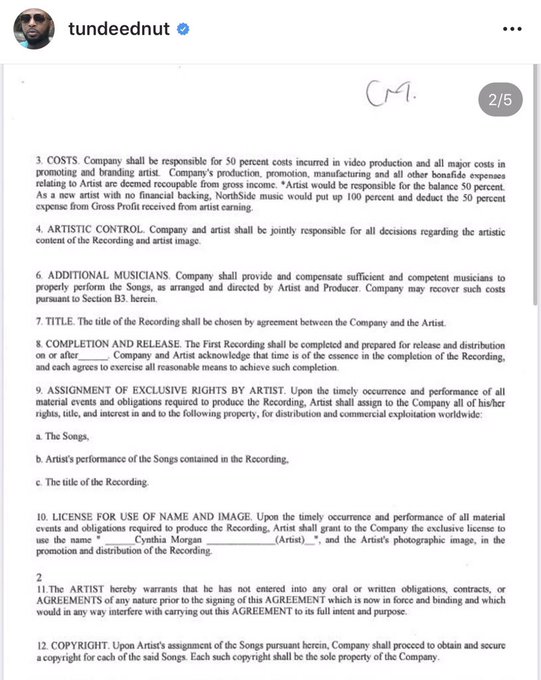 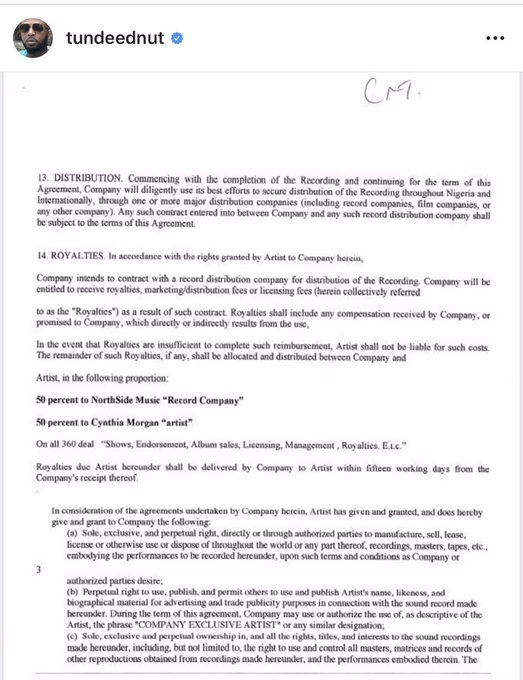 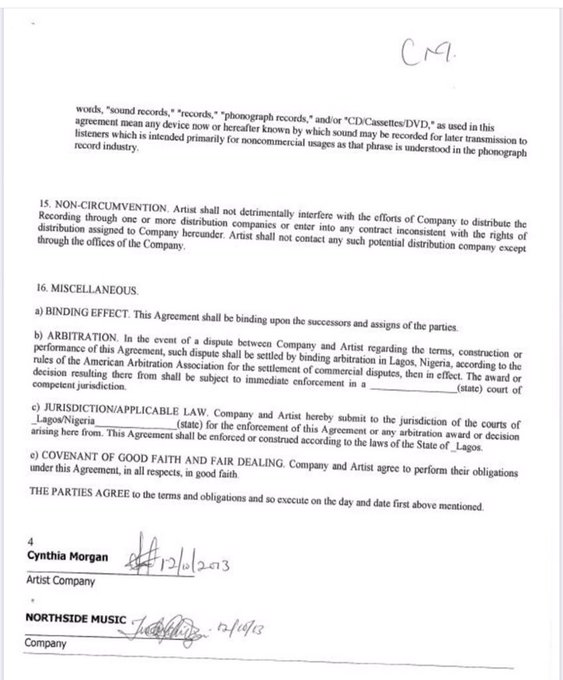 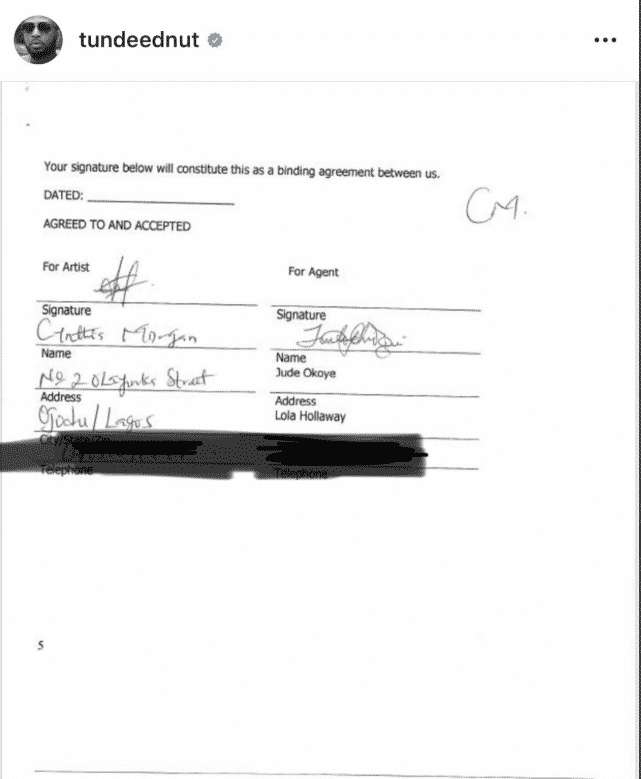